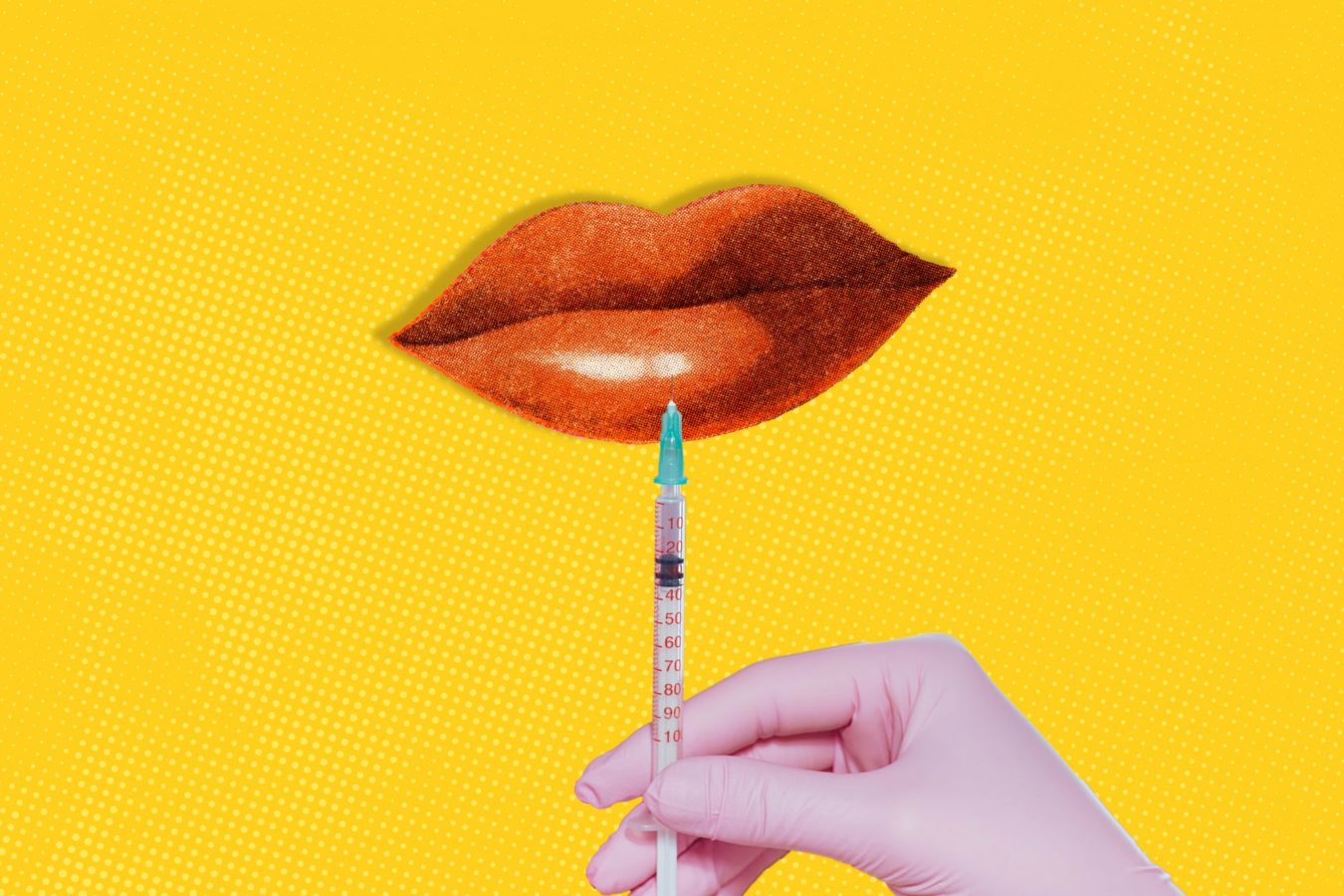 Everything You Need to Know About Dissolving Lip Filler

Chances are you remember exactly where you were during some of the historic moments of your lifetime: the dawn of the new millennium, the announcements of recent presidential outcomes, the time Kylie Jenner revealed that she had her lip filler dissolved. All jokes aside, when Jenner posted the news on Instagram during the height of her lip kit era, it caused a stir on the internet and sparked numerous think pieces.

Even if you don’t have media outlets following your every move, you might be carefully considering whether to follow suit if you have lip filler but aren’t completely satisfied with the turnout. It can be a tough call, particularly if you’re lukewarm about the results but don’t hate them. If you’re currently weighing your options (or just want to inform yourself on the topic before your first lip filler appointment), there are a few things you should know.

What Does Dissolving Filler In Your Lips Entail?

Various types of dermal fillers exist, but for the lip area, injectors typically use fillers that are made with hyaluronic acid. (Examples include Juvéderm Volbella, Restylane Kysse, and Belotero.) Hyaluronic acid is a sugar that occurs naturally in your body that’s able to draw in moisture and hold onto it like a sponge. To dissolve hyaluronic acid fillers, providers inject another substance, hyaluronidase, into the area. Hyaluronidase is an enzyme that, you guessed it, breaks down hyaluronic acid.

As for what to expect, “you might have some pain during the initial injection, but that doesn’t last; once the needle is removed, the pain resolves,” says Smita Ramanadham, MD, a double board-certified plastic surgeon in New Jersey. You might experience swelling a day or two after your appointment before seeing the final result, she adds.

What Are the Most Common Reasons for Dissolving Lip Filler?

One of the most common reasons people decide to have their lip filler dissolved? They don’t like the look of their results — typically that they’d had a more natural look in mind than what they’d ended up with, says Dr Ramanadham.

A major reason that issue can arise is that filler can migrate after it’s injected, adding fullness to an area for which it wasn’t intended. “[Hyaluronic acid filler] can kind of spread through different planes,” says Melissa Doft, MD, a double board-certified plastic surgeon in New York. “And so sometimes people get a fullness above the lip. It looks a little too thick and it just looks very fake.”

And even if you like your results at first, your tastes can change. An overall trend toward seeking more natural results from cosmetic procedures has played a role in many recent decisions to dissolve lip filler, believes Dr Ramanadham. “I think more recently the trend is just overall for more natural results, whether it’s from fillers or surgery,” she says. “And so a lot of people are coming into kind of reverse what they have been doing for the past few years in attempts to just have a more natural look.”

You’ll want to wait until at least a few days after your initial appointment before determining whether you like the results since immediate swelling is pretty much inevitable. “It appears 10 to 20 per cent fuller after the injection because we’ve put on numbing cream that makes you swell, all the little pricks make you swell,” says Dr Doft.

There are other reasons for dissolving lip filler besides disliking your original results. Sometimes bumps can form after the injection. If you massage them immediately afterwards, they tend to go away, but if you wait a while, massaging them may no longer help, says Dr Doft. And although hyaluronic acid fillers typically take a year or slightly longer to break down, they can sometimes take longer, she says. “Although that hyaluronic acid is supposed to dissolve, sometimes it lingers and you can feel a thickness to the lip,” says Dr Doft.

A rarer reason for dissolving lip filler, some people develop an infection in the area after treatment. If you experience pain or swelling (beyond the normal after-treatment swelling), or the area feels warm to the touch, you might have an infection and should head back to your provider ASAP, according to the American Board of Cosmetic Surgery.

Are There Downsides to Dissolving Lip Filler?

An obvious downside to dissolving lip filler is the cost. If you pay for filler, spend more to reverse it, and even more to get them re-filled shortly thereafter, the cost can start to add up.

The price of having your lip filler dissolved typically ranges from a few hundred dollars to just over a thousand dollars, says Dr Ramanadham. If you return to the same provider who injected your filler, they may not charge you to dissolve the filler, but that’s not necessarily the case. “If someone did have fillers at of practice, was unhappy for some reason, and wanted it reversed, most practices from my understanding don’t typically charge an additional amount to reverse it, but it’s very practice- and injector-dependent,” says Dr Ramanadham. “That may depend on why that patient or that client wanted it dissolved. Whether it was uneven or unnatural, or they changed their mind, obviously would change the pricing of things.”

Another downside to dissolving lip filler is that hyaluronidase doesn’t discriminate when it comes to breaking down HA. “You have naturally-occurring hyaluronic acid that supports the scaffold of your skin,” says Dr Doft. “And when you inject this enzyme it’s going to not only dissolve the filler, but also your natural hyaluronic acid. So you’re going to get a little bit more sagginess, you can have indentations, you can have more fine lines.” With that in mind, some people opt to just ride it out, allowing their filler to run its course rather than having it dissolved.

Can Lip Filler Ever Be Improved without Dissolving It?

If your motivation for dissolving your lip filler is that you don’t like how it looks, you might have other options, depending on your concerns. “If there is some asymmetry from previous filler perhaps, then I think it’s completely reasonable to balance that with more filler,” says Dr Ramanadham. If you’re visiting a different practice the second time around, your injector will want to know what type of filler you were originally provided, she notes. “You can certainly balance the lip out and give them more harmony and better proportions by just adding more filler in the appropriate places,” she says.

Sometimes, though, hyaluronidase will be your best option. “If someone has had years and years of just getting more and more filler to the point where their anatomy is distorted, or they have lost those landmarks where their lips are just way too big than what they want, then at that point, I usually recommend that you dissolve everything, let everything settle out and then start fresh,” says Dr Ramanadham.

In a perfect world, everyone would always be thrilled with their lip filler results and never have second thoughts. But since that’s not the case, it can be comforting to know that hyaluronidase is there if you need it.