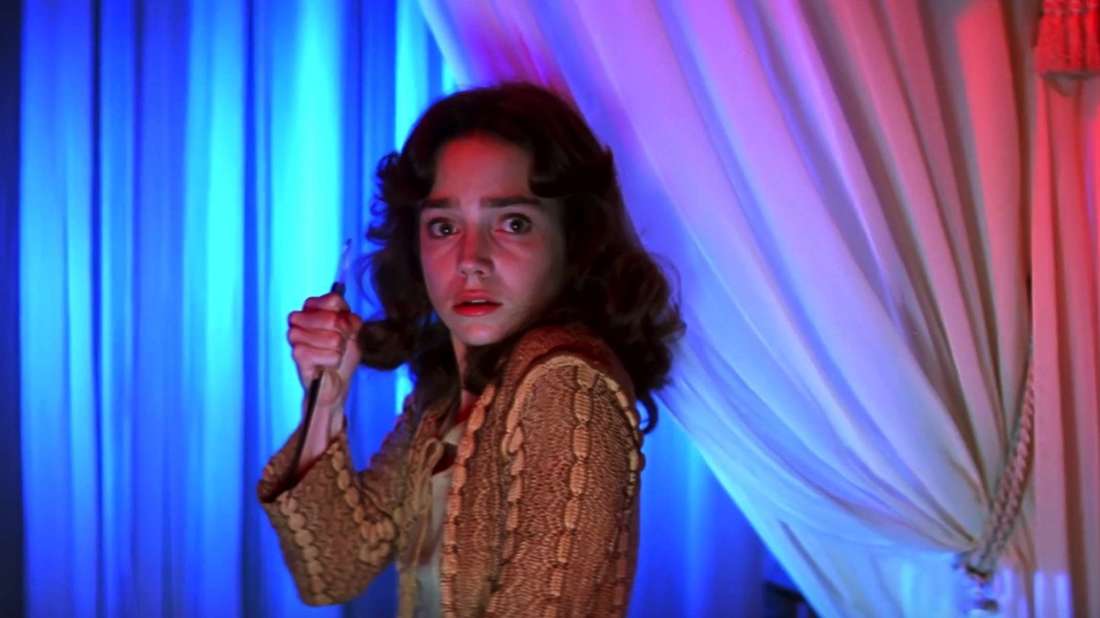 The perfect thing to do for the Halloween week is to watch a classic scary movie. We have the list of five mind-blowing movies that will give you goosebumps and eerie feeling.

Suspiria is an Italian supernatural horror film directed by Dario Argento and is partially based on Thomas De Quincey’s 1845 essay Suspiria de Profundis (Sighs from the Depths). The film stars Jessica Harper as Suzy Banyon who is an American newcomer to a prestigious German ballet academy but realizes, after a series of brutal murders, that the academy is a front for something sinister amid a series of grisly murders. There is a remake movie of the same name that directed by Luca Guadagnino and will be a limited release by Amazon Studios in Los Angeles and New York on October 26th, before opening wide on November 2nd. The remake movie will be featured Dakota Johnson, Tilda Swinton, Mia Goth and Chloë Grace Moretz. Jessica Harper also will appears in the film in a secondary role.

Psycho is an American psychological horror film directed and produced by Alfred Hitchcock, and written by Joseph Stefano, based on the 1959 novel of the same name by Robert Bloch. The film centers on an encounter between a Phoenix secretary, Marion Crane, who goes on the run and ends up at a secluded motel after embezzles $40,000 from her employer’s client, and the motel’s owner-manager, Norman Bates, and its aftermath. It stars Anthony Perkins, Janet Leigh, John Gavin, Vera Miles and Martin Balsam. Psycho is now considered one of Hitchcock’s best films and has become one of the most recognizable films in cinema history.

The Sixth Sense is an American supernatural horror film written and directed by M. Night Shyamalan. It is a story about a child psychologist Malcom Crowe, played by Bruce Willis,  who tries to help a troubled, isolated boy Cole Sear, played by Haley Joel Osment. As his relationship with the boy deepens, he learns some very disturbing truths about the boy’s vision. The film was the second-highest-grossing film of 1999 and was nominated for six Academy Awards.

Murder on the Orient Express is a British mystery film base on the 1934 novel of the same name by Agatha Christie. The film directed by Sidney Lumet, produced by John Brabourne and Richard B. Goodwin. The movies is about a Belgian detective Hercule Poirot, portrayed by Albert Finney, who is asked to investigate a murder case of an American business tycoon aboard the Orient Express train. The suspects are colorful characters played by Lauren Bacall, Martin Balsam, Ingrid Bergman, Jacqueline Bisset, Sean Connery, Wendy Hiller, John Gielgud, Vanessa Redgrave and Anthony Perkins. There is a remake movie of the same title in 2017, directed by Kenneth Branagh and stars Branagh himself as Hercule Poirot, with Penélope Cruz, Willem Dafoe, and Johnny Depp.

Murder on the Orient Express (1974) trailer

Halloween is a American slasher film directed by John Carpenter, starring Donald Pleasence, Jamie Lee Curtis, and Nick Castle. It tells a story about a 6-year-old boy, Michael Myers, killing his older sister on Halloween of 1963. Fifteen years later, he escapes on the night before halloween and returns to his hometown. Myer’s psychiatrist, Dr. Loomis, knows Michael is coming back to Haddonfield, but by the time the town realizes it, it will be too late for many people. There is a direct sequel with the same name which is the eleventh installment in the Halloween franchise and scheduled for release in United States on October 19. Jamie Lee Curtis and Nick Castle reprise their roles as Laurie Strode and Michael Myers. The sequel also stars Judy Greer, Andi Matichak, Will Paton and Virginia Gardner.