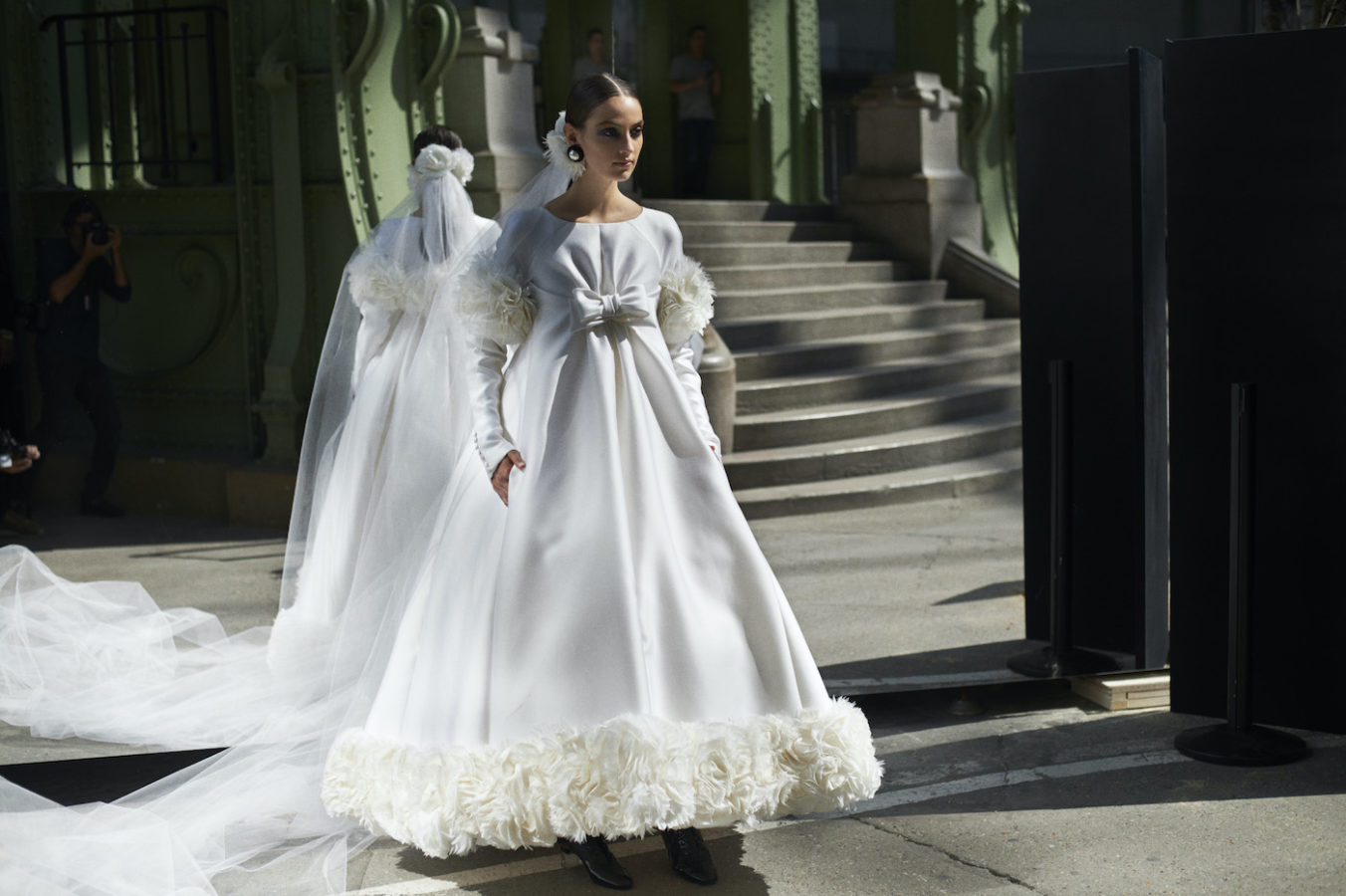 Carine Roitfeld, the ex-Editor in Chief of French Vogue, and founder of CR Studio, is joining hands with renowned cultural entrepreneur Adrian Cheng to bring couture to Hong Kong. The exhibition, titled Savoir-Faire: The Mastery of Craft in Fashion, will include some of the most remarkable masterpieces created by Chanel, Balenciaga, Givenchy, Richard Quinn, Dior and more.

Hong Kongers will have a chance to marvel at some of the most iconic couture creations, including the specimens from Roitfeld’s personal collection, starting from the 13th of December.

For decades, Carine Roitfeld has been scouring fashion capitals for true jewels of the couture world, first as the head of Vogue Paris, then as the creative mind behind CR Fashion Book. “Throughout history, editors have used the pages of magazines as a canvas to bring to life fashion’s most extraordinary ideas and creations,” said Roitfeld. She believes that the exhibition would serve as an example of artistic evolution that defined fashion through the years, and, hopefully, inspire future generations to keep the traditions of high craftsmanship alive.

“Through the understanding of craftsmanship—the transmission of tradition, ideas, and techniques between societies and culture—fashion has been creating deeply collaborative relationships of connection and exchange,” said Adrian Cheng, founder of K11 Group. The Savoir-Faire exhibition will not only mark the cultural rejuvenation of Hong Kong but also support the conservation on traditional craftsmanship.

To celebrate the launch of Savoir-Faire, Roitfeld and Cheng will be hosting two independent events in Hong Kong and Paris. On the 10th of December, Roitfeld will host an intimate reception within the lavish ballrooms of Hôtel de Crillon, where her close friends and designers will have a chance to commemorate the occasion. On the same night, Cheng will host a K11 Night opening event at the Victoria Dockside promenade. Connected via a virtual Livestream, both Roitfeld and Cheng will toast to the commencement of the exhibition, cultural exchange and craftsmanship. The Hong Kong event will also include a charity auction, with some of the proceeds donated to K11 Crafts & Guild Foundation and UNESCO.

Savoir-Faire is not the first time Roitfeld and Cheng collaborated. Last year, the two launched a three-part webinar series titled K11 Original Masters that brought together the brilliant minds in the realm of modern arts to showcase century-old artisanship designed for the social media generation.

Find out more about Savoir-Faire: The Mastery of Craft in Fashion here