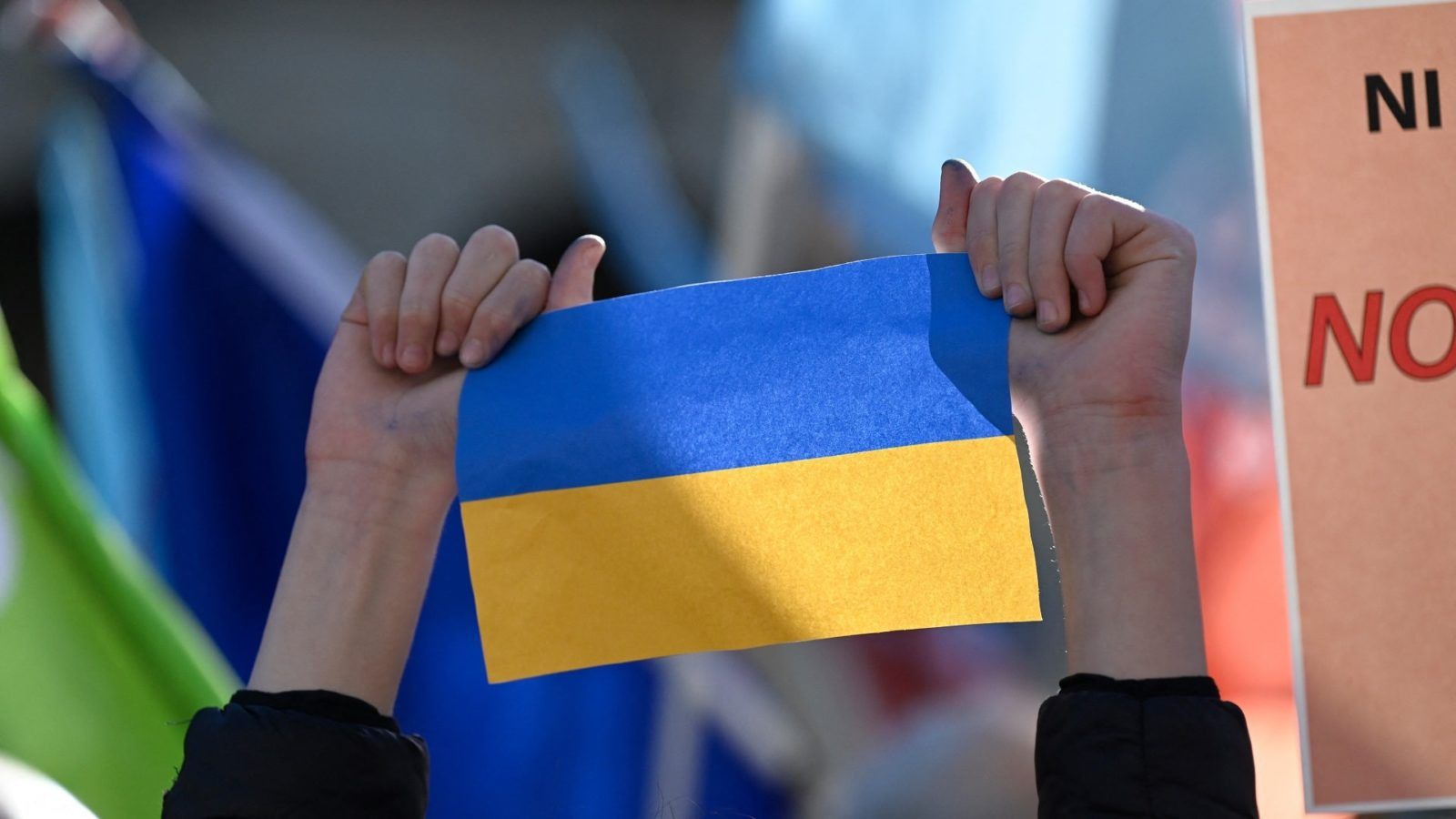 It has been a tumultuous week in Ukraine, which has been fighting a war unleashed upon it by Russia since 24 February 2022. The government, military and people are now bravely defending their homeland from invading Russian forces, and Ukrainian President Volodymyr Zelenskyy formally applied for the country’s membership to the European Union yesterday.

As the fighting progresses, the intensity of it is leaving brutal realities in its wake. Scenes of buildings severely damaged by Russian missiles and thousands of refugees fleeing westward of capital city Kyiv are unnerving. Such is the situation that Ukrainian officials have urged citizens in Kyiv to prepare Molotov cocktails and be ready to thwart the nefarious designs of the attacking Russian forces.

Russia-Ukraine war: What has happened so far

Ukrainian President Zelenskyy has turned into a hero of the world by remaining in Ukraine and joining his forces on the ground while successfully getting Europe and non-Europeans to rally behind him.

In its time of crisis, Ukraine is receiving assistance from other European countries, the US and some other nations. These include military assistance, humanitarian aid and diplomatic support on the international stage.

Scholz also announced that Germany will spend US$113 million on its own military.

“We will from now on, year after year, invest more than two percent of gross domestic product (GDP) in our defence,” he said, after calling the Russian invasion of Ukraine “a turning point.”

Russian President Vladimir Putin’s repeated threats to Sweden and Finland led to a more united response by the European Union (EU) against Moscow.

A wide range of sanctions has been imposed on Putin, powerful Russian oligarchs, Russian companies and Russian banks.

One of the most important sanctions was the US-backed move to block the access of Russian banks to the Society for Worldwide Interbank Financial Telecommunication (SWIFT) system. SWIFT is the backbone of the international financial transfer system, which means that Russia’s financial system has been cut off.

On 28 February, Singapore announced that it is imposing sanctions on Russia. Foreign Affairs Minister Dr. Vivian Balakrishnan said that the decision was taken because of “the unprecedented gravity” of the Russian invasion of Ukraine. The move is seen as historic, especially because in the absence of binding United Nations Security Council (UNSC) decisions or directions, Singapore has “rarely acted” with such a move on other countries, Dr. Balakrishnan noted.

YouTube has banned ads on Russian state-controlled television RT and other Russian channels. Google Pay and Apple Pay have cut off customers of Russian banks following the sanctions. Facebook has blocked Russian state media from advertising on the platform.

The escalating war and donations

Meanwhile, people across Europe and many other countries have rallied in support of the Ukrainians. They are expressing their solidarity through protests against Russia and providing help through donations and refugee assistance for Ukrainians.

Support has also come at some of the highest cultural levels, including at the 2022 Screen Actors Guild (SAG) Awards ceremony.

“We stand united with Ukraine today and every day. We hear you and our hearts are with you,” read a message posted by SAG Awards on their official social media platforms before the start of the ceremony on 27 February.

Even in Russia, thousands of people braved arrests by the Russian President’s authoritarian regime by protesting against the war on the streets. Belarus, whose government sided with Russia by allowing Putin’s forces to use Belarusian territory to invade Ukraine, is witnessing increased protests from Belarusians against the war and their own government.

China commented on the conflict too, during a press briefing last week. “China is closely watching the latest situation, and we call on all parties to maintain restraint and prevent the situation from getting out of control,” said foreign ministry spokeswoman Hua Chunying.

The Ukrainian Society of Hong Kong has also called for “an immediate cessation of this bloody military campaign which is violating our sovereignty, endangering civilian lives, and destroying our infrastructure.”

Putin, however, continues to increase tensions with irresponsible belligerence and uncalled for sabre-rattling such as putting the Russian nuclear forces on high alert on 27 February.

In light of this, the need to back Ukraine is ever more important. Donations, however small, can go a long way in supporting the people of the war-ravaged country. It should be remembered that the most brutal effect of war — any conflict, for that matter — is on women, children and the elderly.

Most recently, it was seen in Afghanistan when the Taliban seized control of the country in mid-2021. Hundreds of thousands of innocent Afghans risked their lives to escape, while many died in the process. Civilians cannot survive without financial, medical and emotional support, which mostly comes from non-governmental organisations and other humanitarian groups or agencies who need funds to carry on their operations.

Here’s how you can help the people of Ukraine

CARE has set up an emergency Ukrainian Crisis Fund. Its goal is to immediately provide support to around four million people in Ukraine. The support includes food, water, hygiene kits, aid, necessary supplies and even cash. On priority are women, girls, the elderly and groups of families.

On the day Russia invaded Ukraine, the International Rescue Committee (IRC) issued a statement expressing strong support for the UN Secretary General’s call for the protection of civilians and adherence to international humanitarian law.

“The war in Ukraine will lead to grave human suffering. The world will bear witness to innocent deaths, destruction of civilian infrastructure and massive displacement inside the country and across Europe,” the IRC warned.

Lani Fortier, Senior Director of Emergencies at the IRC, said, “We are working to quickly mobilize resources and connect with partners to establish a response that will provide life-saving support to civilians forced to flee their homes. The IRC is meeting with partners and local civil society organisations in Poland and Ukraine to assess capacity for responding to an increase of refugees and people in need.”

For years, the IRC has been helping refugees from countries facing a grave humanitarian catastrophe.

Donations for the people of Ukraine can be any amount. However, the IRC states that USD 108 per month can help eight families with temporary shelter and USD 500 per month can equip one mobile clinic.

The International Medical Corps (IMC) has a dedicated fundraiser page for the people of Ukraine. The non-profit’s main area of assistance is providing healthcare services to those in need. Ukrainians living in affected areas will, therefore, get access to medical and mental health resources. There are two types of donations — one-time and monthly assistance.

The international organisation’s ‘Crisis in Ukraine’ page draws attention to the fact that the Eastern European country was already facing a humanitarian crisis before the Russian invasion. This means that the situation in Ukraine is far worse now than it was before.

On its official page, Project HOPE notes that the “assault will force hundreds of thousands to flee their homes.” The organisation provides emergency medical assistance from across Europe to refugees displaced by the war in Ukraine. Outside of Ukraine, the organisation is also seeking donations for Haiti and Indonesia.

Sunflower of Peace was started just five years ago to provide front-line doctors with medical supplies and first aid for their humanitarian work. The supplies are placed in backpacks, which are sent to the doctors in need. As of now, the organisation is also helping Ukrainian soldiers besides civilians and volunteers with backpacks of first aid supplies. The organisation says that each backpack can save up to 10 lives, and each backpack contains bandages, anti-hemorrhagic medicine like Quikclot and Celox, medical instruments and essentials to survive in extreme conditions.

“These backpacks are designed for a second level of medical care in terms of combat action, according to the standards of tactical medicine (Tactical Combat Casualty Care), namely the level of paramedics, arrow-sanitary department,” reads the information on the fundraiser’s official Facebook page.

The contents can be used by highly skilled military combat groups who have no access to medical facilities or emergency care.

Children are among the most visibly affected victims in conflict. The trauma caused by war can remain embedded in the minds of children for life. This is why Voices of Children is raising funds to help the young ones affected by the war in Ukraine.

“Thanks to you, we provide psychological and psychosocial support to children. It helps them overcome the consequences of armed conflict and develop,” says the official site.

The organisation was founded in 2015 and has been at the forefront of several similar causes for children affected by war or conflict through mobile psychologists, video storytelling, art therapy and other means.

“Countless lives will be torn apart. We have already seen reports of casualties and people starting to flee their homes to seek safety,” UN High Commissioner for Refugees, Filippo Grandi, says about the Ukrainian crisis.

The UNHCR has been providing urgent help to families forced to flee their homes. The organisation says that it has increased its operations and capacity in Ukraine and neighbouring countries.

We are stepping up operations in Ukraine and have started to provide humanitarian aid to people who have fled.

Get an inside look into one of our storage facilities. ⬇️ pic.twitter.com/R46wGc3S4o

“We remain firmly committed to support all affected populations in Ukraine and countries in the region,” the UNHCR states on its official site.

There is no limit to the amount that can be donated to help Ukraine. But the UNHCR says that USD 100 can provide psychosocial support to a child in Ukraine, which would include access to outreach activities and daycare centres.

According to UNHCR, 84 percent of its funds go into field operations, which means direct assistance to those in need. The remaining 10 percent is allocated for global programmes and 6 percent for headquarters administration.

The International Committee of the Red Cross (ICRC) is one of the world’s oldest and among the most reputed humanitarian organisations.

In a message that appears on the organisation’s site, ICRC president, Peter Maurer, said, “I am gravely concerned for the safety of communities in Ukraine. Our message to the parties to the conflict is clear: uphold International Humanitarian Law, protect civilians and essential services”.

The ICRC notes that the developments in Ukraine are “dismaying”, especially since the people have already endured eight years of conflict. They are now battling freezing temperatures and facing an uncertain future.

Cryptocurrencies have emerged as a boon for the people and the government of Ukraine. Numerous donations have been made via crypto.

The Ukrainian government announced on 26 February that it was accepting donations in cryptocurrency in two wallets — one for Bitcoin and another for Ether and Tether.

According to CNBC, blockchain analytics firm Elliptic said that the wallets had together raised over USD 10 million by 27 February.

According to the BBC, the Ukrainian Digital Ministry says the donations will “help Ukraine armed forces” but did not specify how they would be spent.