A 1959 Receipt for an Imaginary Piece of Art Might Fetch Upwards of US$500,000 at a Sotheby’s Auction 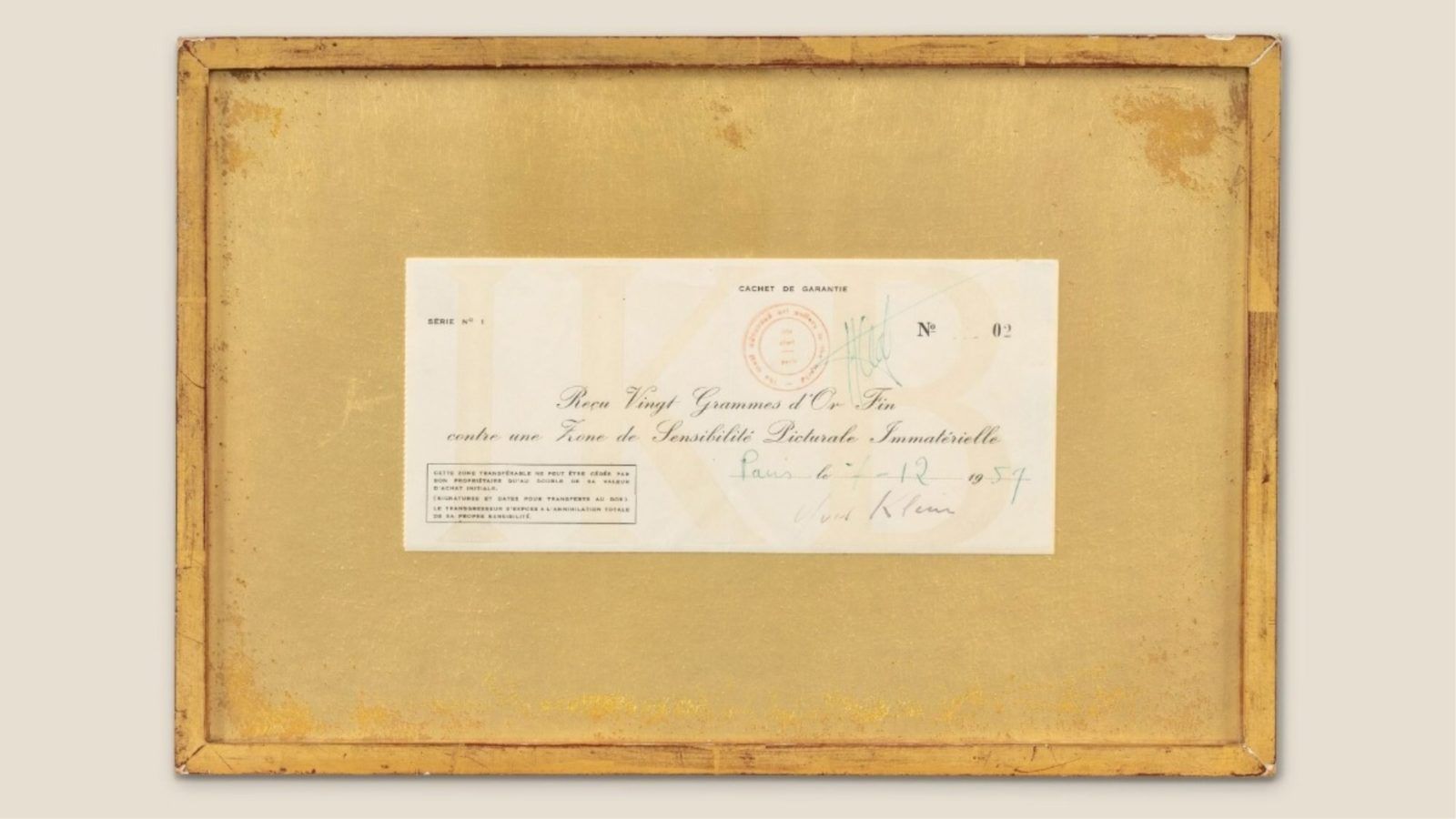 People & Events
A 1959 Receipt for an Imaginary Piece of Art Might Fetch Upwards of US$500,000 at a Sotheby’s Auction
Share
Next article

The item is one of the last surviving receipts that French artist Yves Klein issued to collectors as part of a 1959 performance, which involved selling off pieces of empty space in exchange for pure gold. According to a report by CNN, the artist gave buyers two choices: keep the receipt proving that the sale took place or burn them in a ritual. If they chose to burn the receipt, which was designed to look like a banker’s check, the buyer was deemed the artwork’s one and only owner. As part of the performance, Klein would then light the receipt on fire with witnesses present and dump half the gold paid to him into the Seine River, which runs through the French capital.

While some chose to partake in the ritual, others held onto their little piece of history—including antique dealer Jacques Kugel, who formerly owned the receipt up for sale. Over the past six decades, the piece of paper has been displayed at major art institutions across Europe, but it’s now being put up for auction by art advisory and previous gallery owner, Loïc Malle, notes CNN.

Many have compared Klein’s imaginary spaces, which he coined “Zones of Immaterial Pictorial Sensibility,” to today’s blockchain, considering it the first non-fungible token, or NFT. “Some have likened the transfer of a zone of sensitivity and the invention of receipts as an ancestor of the NFT, which itself allows the exchange of immaterial works,” the auction catalogue states. “If we add that Klein kept a register of the successive owners of the ‘zones,’ it is easy to find here another revolutionary concept—the ‘blockchain.’ ”

Sotheby’s, which is accepting cryptocurrency as a form of payment, said in a press release that the winning bidder “will not become the custodian of this historic receipt, but also of Klein’s invisible work of art, as well.”