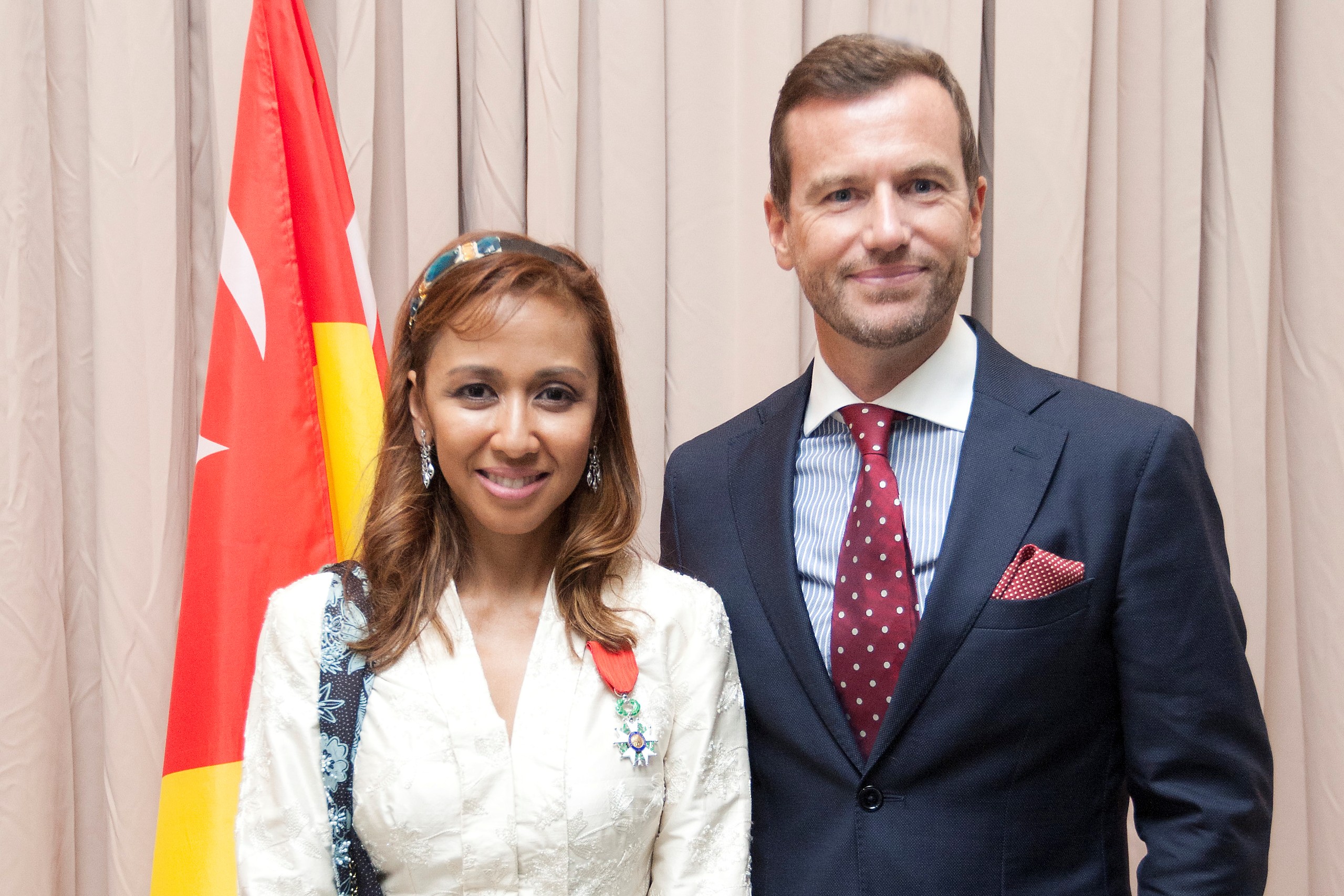 Her Royal Highness Tengku Datin Paduka Setia Zatashah Sultan Sharafuddin Idris Shah of Selangor was honoured with the prestigious Chevalier (Knight) de la Légion d’Honneur by the President of France Francois Hollande at a ceremony hosted by France’s Ambassador to Malaysia Christophe Penot. The award pays tribute to the role Her Royal Highness has played in promoting the French culture and language in Malaysia.

“I am particularly pleased and honoured to confer this decoration upon you today in recognition of your many achievements and your very special contribution to the link of friendship between Malaysia and France,” Ambassador Penot said when presenting the award to Tengku Zatashah.

Tengku Zatashah is the current president of Alliance Francaise as well as patron to Make-A-Wish Malaysia. The Legion of Honour is France’s highest honour. It acknowledges the efforts of individuals that contribute to France or the causes supported by France.