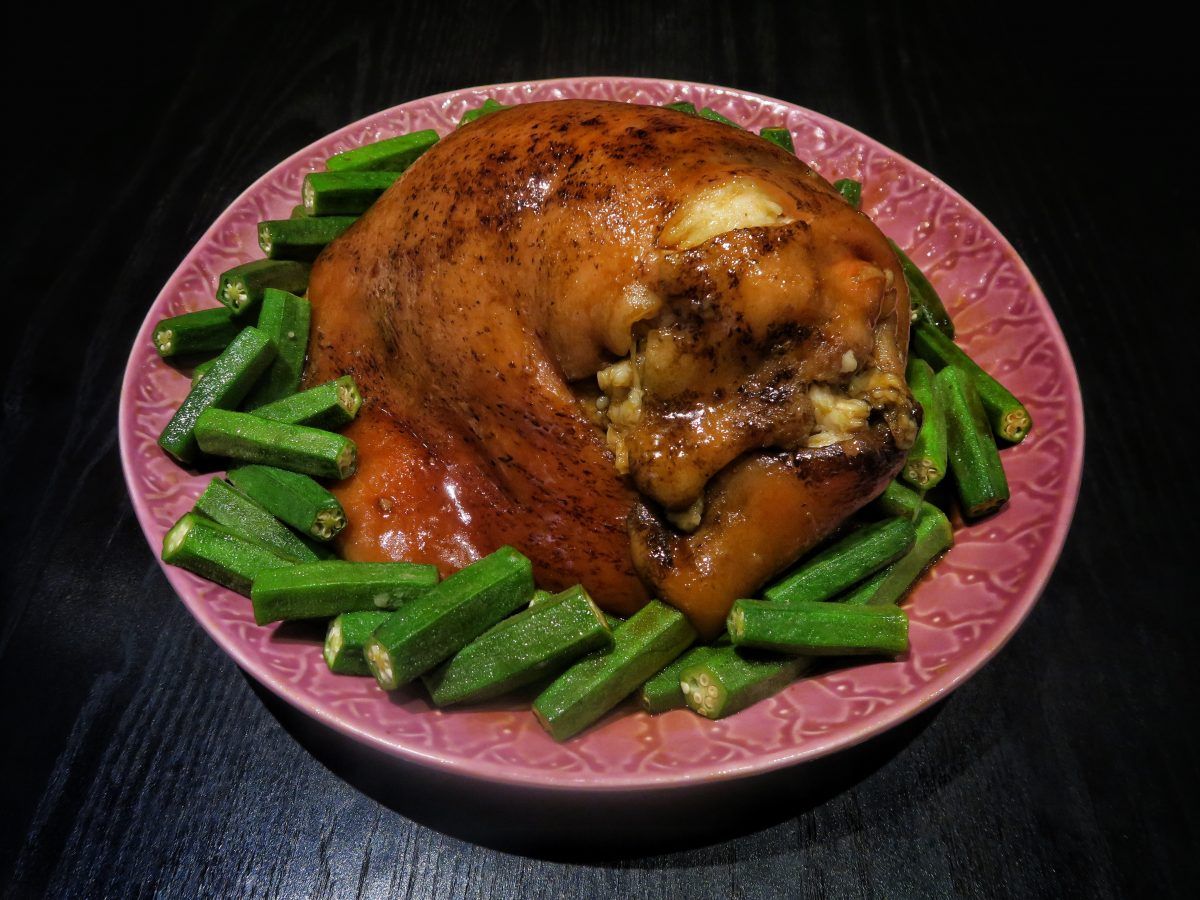 George Ip is a shining example of starting a second (third or fourth) life through exploring new hobbies or passions. After he’d retired, he met the prominent food writer and cookbook author Chan Kei-lum, and the two became fast friends, bonding over their mutual love for music and good food. As Chan was writing a new cookbook, Ip helped out with the photography and, through the camera lens, soon became familiar with the dishes and techniques. This ignited Ip’s interest to try out his friend’s recipies – and that quickly turned into weekly meals with friends and family. George Private Kitchen slowly came to fruition, with Ip’s first event being a fundraising dinner for his alma mater, followed by a series of pop-ups and private bookings.

What was your biggest hurdle when starting out?

I’d say that in the beginning we didn’t take things very seriously, as I wasn’t thinking of turning it into a full restaurant business. We had to think hard on how to grow our clientele. I’d made a lot of of business contacts in my previous career and that helped, as without those connections it would have been impossible to sustain the business. We also didn’t put in a lot of investment in the beginning, so as a pop-up kitchen we had to share with others and didn;t have full control over how we wanted the kitchen to function. Now with our permanent private-kitchen space, I manage everything easier and am happy to say we have a steady flow of regular customers.

Why did you decide to become a chef for hire rather than taking the standard restaurant route?

Our food is quite different. We’re not catering to the masses or making mainstream Chinese dishes that many people recognise. The dishes we prepare at our private kitchen require a lot of time and effort, so we only take advance bookings. We also customise each table’s menu in advance, so we have time to prepare the food and also minimise food waste. We’re not a big team and, as a private kitchen, we’re able to cater to and control the quality of food for up to 50 guests.

What differentiates your kitchen from other F&B offerings in Hong Kong?

You won’t find the dishes we make in other Chinese restaurants. We don’t have quick stir-fry or dishes that can be made in a flash. We focus on artisanal foods, using traditional methods and ingredients to make dishes that are unique to our Chinese culture. We have a signature dish called Jiangnan Baihua Chicken, where we remove all the bones without breaking the skin and are able to keep the chicken whole. We then fill it with a fresh shrimp-paste stuffing. Dishes like these take a lot of technique and time, and because of this it’s not really possible to operate as a standard restaurant.

Pick one ingredient to cook with in the month of August.

Matsutake is in season and we use it to make soups or add to steamed rice. We’re planning a matsutake menu for August and will incorporate the ingredient in several of our dishes. Crabs are also in season and one of our favourite ways to serve it is baked in salt. We use virgin mud crabs – a local crab from the Pearl River Delta area. We like the texture of its roe, which is very tender, and the flesh is sweet.

Which surprise ingredient pairing have you discovered that everyone should try?

We have a dish called Stuffed Orange with Crabmeat and Roe that’s a rather unlikely pairing. It was an imperial dish during the Southern Song Dynasty but was lost for hundred of years. It resurfaced at the 2016 State Banquet and can be found in Chan’s cookbook on Hangzhou cuisine. It’s stayed on our menu for the last five years. Another one is Pork Knuckle stuffed with Pigeons, which we first discovered in a book written by the father of my mentor, Mr Chan. He mentioned a dish that was once enjoyed by the Qianlong Emperor in the Qing Dynasty. There was no recipe in the book, so I had to imagine what it might look and taste like, and then reverse-engineer it. We liked it so much we eventually put it on our menu. Both dishes are exclusive to George Private Kitchen.

We’ll continue to refine our dishes and revive old classics. I’m not young any longer, so we don’t plan to grow our operation. Through our private kitchen, I hope for the opportunity to educate young chefs and inspire them, to make these traditional, time-honoured dishes again. The recipes I cook today have been meticulously researched and developed by my mentors Chan-Kei-Lum and Diora Fong, and I strive to keep these tradtional dishes alive and hope more people can appreciate them.