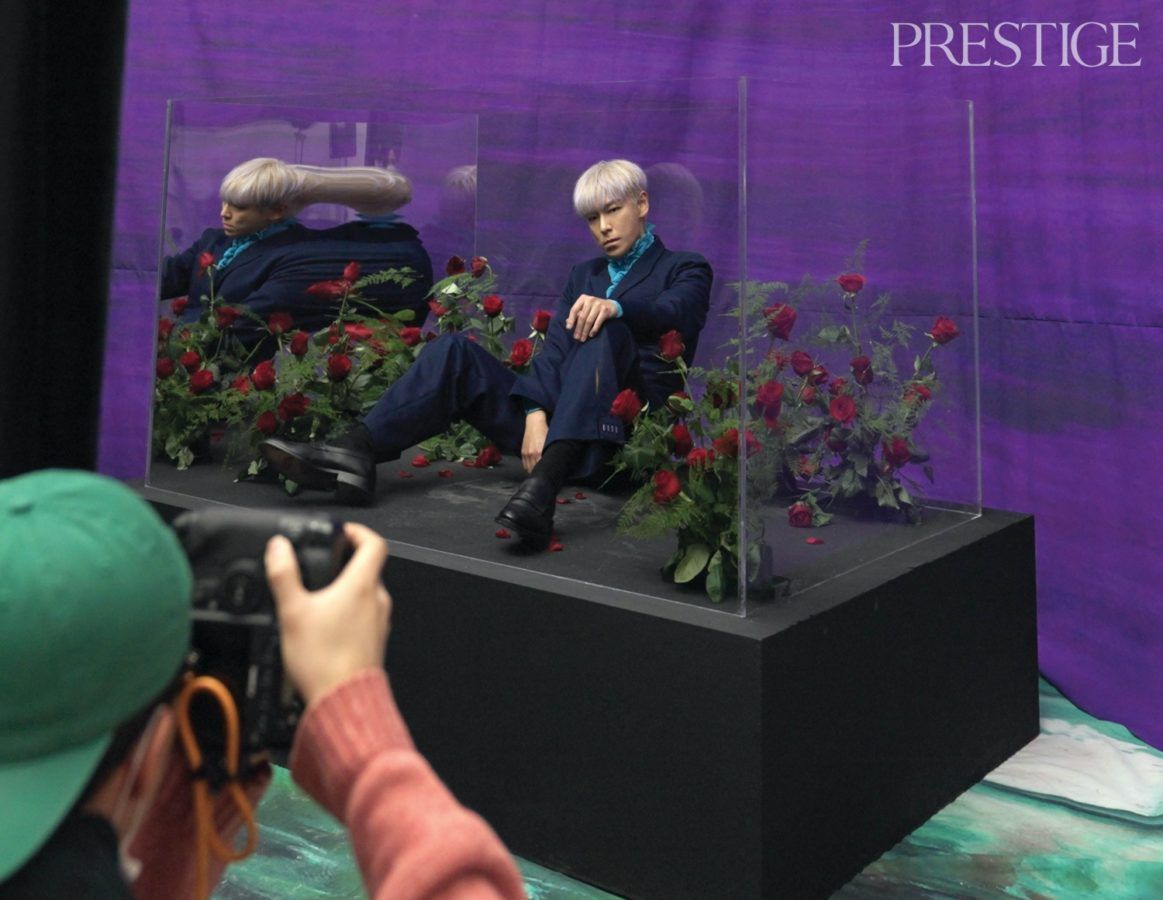 When you read our cover story with T.O.P, you’ll understand his career’s been a whirlwind ride – one not without its ups and downs.

In just one Zoom call with the rapper-songwriter, it became immediately clear to style editor-at-large Alvin Goh that he wanted to capture T.O.P’s energy in an art-itorial shoot. Each stage and phase of his journey inspired us to create “art pieces” that captured the essence of T.O.P’s professional and personal evolution, from music, to art to spirituality. Pain is represented in the first series, as T.O.P poignantly tells us he was “born to be sad”. But pain can also be a gift, enabling us to find beauty when suffering and, hence, to improve upon on ourselves; thus, rose petals are scattered around the glass box we put T.O.P in.

Another series, themed around The Matrix, mirrors the star’s own feelings of being stuck in a patriarchal system.

A third theme centres around Judgement. Featuring a red-carpet backdrop, the images portray the presence of constant criticism, but also remind us that before we point a finger at someone, we’re pointing three fingers at ourselves. Humour, Darkness, Courage and Triumph all paint a side of T.O.P that’s both known and unknown.

The pièce de résistance is Reborn: with the announcement of BIGBANG’s comeback this month, T.O.P is also announcing the start of his solo career following his departure from YG Entertainment. It’s a new beginning, with exciting things to follow. From darkness to light, T.O.P has graciously allowed us a glimpse into his turbulent yet exultant career, and we can only hope we’ve done it justice by presenting his life’s work in the way we did. It’s more than entertainment, more than showbiz – it’s art.