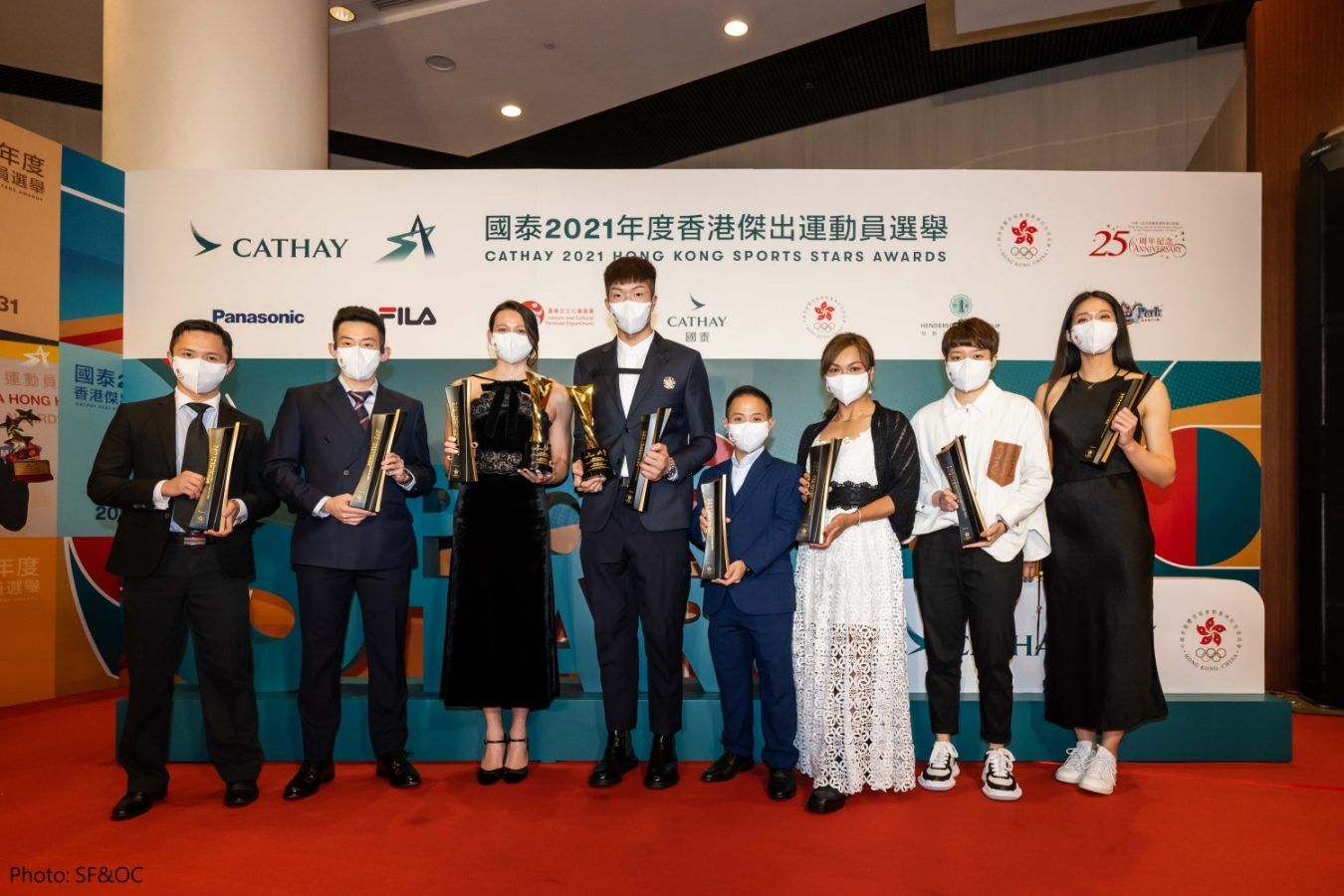 The prestigious sports awards, also known as the Hong Kong Sports Stars Oscars, were attended by many, who came out to support their local heroes. The SF&OC received a total of 66 nominations from 33 National Sports Associations, and after careful deliberation, 16 winners were born from four categories.

Cheung Ka Long is highly regarded as the current golden child of Hong Kong, having returned triumphant from the Tokyo 2020 Olympics with a gold medal. He takes home both the “Hong Kong Sports Stars Awards for Men” and the “Best of the Best Hong Kong Sports Stars Award for Men”. Recently, Cheung came in third place in the BWF World Championships. He also narrowly beat his competitor within 12 seconds in a local match to qualify for the Hangzhou Asian Games. The Asian Games is set to take place next year from September 23rd, 2023 to October 8th, 2023.

“This is the first time I’ve been crowned ‘Best of the Best Hong Kong Sports Stars Awards for Men’. I am truly honoured,” says Cheung in his thank you speech. “Thank you for all your support and love. Through my journey, I hope to inspire all of you to keep fighting even at your lowest points.”

Siobhan Haughey is a firm favourite – this year marks the third time she has received the “Hong Kong Sports Stars Awards for Women”. The swimmer attained double-silver at the Tokyo 2020 Olympics and is the only Hong Kong athlete to ever take home two medals from the same Olympic event. She has continued to make milestones after the Olympics – breaking the world record in the 200m FINA World Swimming Championships, the first world record for Hong Kong. Following an injury in April, Haughey is back in full force, taking home the trophy at the Hong Kong Open Swimming Championships 2022 and this month with the Sports Stars Award.

“I do what I love every day in the swimming pool,” says Haughey. “I enjoy ample support and am truly glad that sports can bring the community together. I hope my actions will make me a role model for everyone and bring honour to our city.”

The award for Team Only Sport was given to the Hong Kong Rugby Sevens Team for the 9th consecutive year, which has claimed top seeding for the 2022 Asian Games in Hangzhou.