Christine Hau of Lead8 on Designing with Meaning

Christine Hau is a co-founder of the Hong Kong-based architecture and design practice Lead8, which in just seven years has rocketed from start-up to the ranks of the world’s leading firms. She tells us about its remarkable success and her own contribution towards it.

For an architectural firm founded just seven years ago to vault into the ranks of the world’s largest practices seems an achievement so remarkable that it’s frankly unbelievable. Yet that’s exactly the feat that Lead8 – a Hong Kong-based architecture, urban-masterplanning, interior-design, graphics and branding company that set up shop in a modest Quarry Bay studio in 2014 and now has offices in Shenzhen, Singapore, Kuala Lumpur and London – has managed to pull off.

Not only does it currently rank in 53rd place among the globe’s leading architectural firms – with major projects ongoing in the Greater Bay Area as well as further afield, and a team of more than 250 in five locations around the world – but Lead8 also walked away with five 2021-22 Asia-Pacific Property Awards for its large-scale projects in Shenzhen, Nanjing and Chengdu, as well as a pair of Gold Stevie Awards recognising business excellence. Although continually engaged in the visionary exercise of re-imagining urban and interior living for a future that seems especially challenging, surely such an astonishing degree of success must have been beyond the wildest dreams of the company’s founding partners? 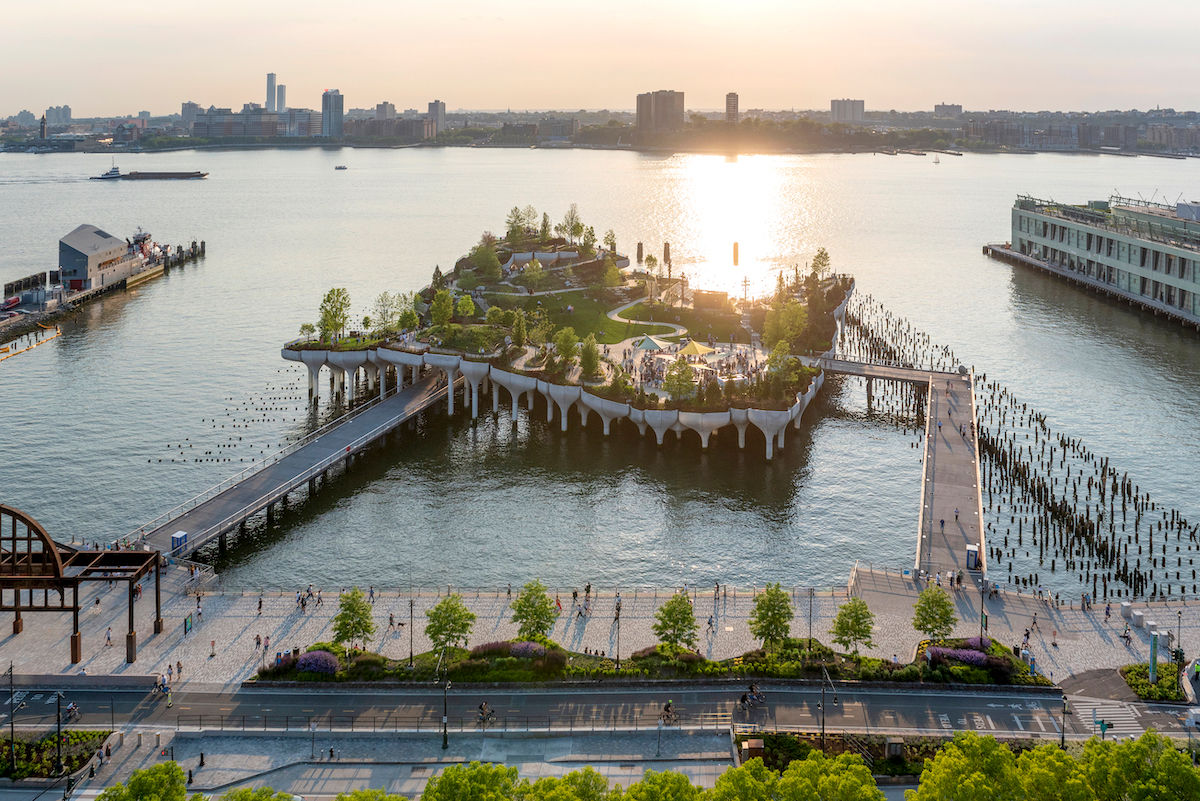 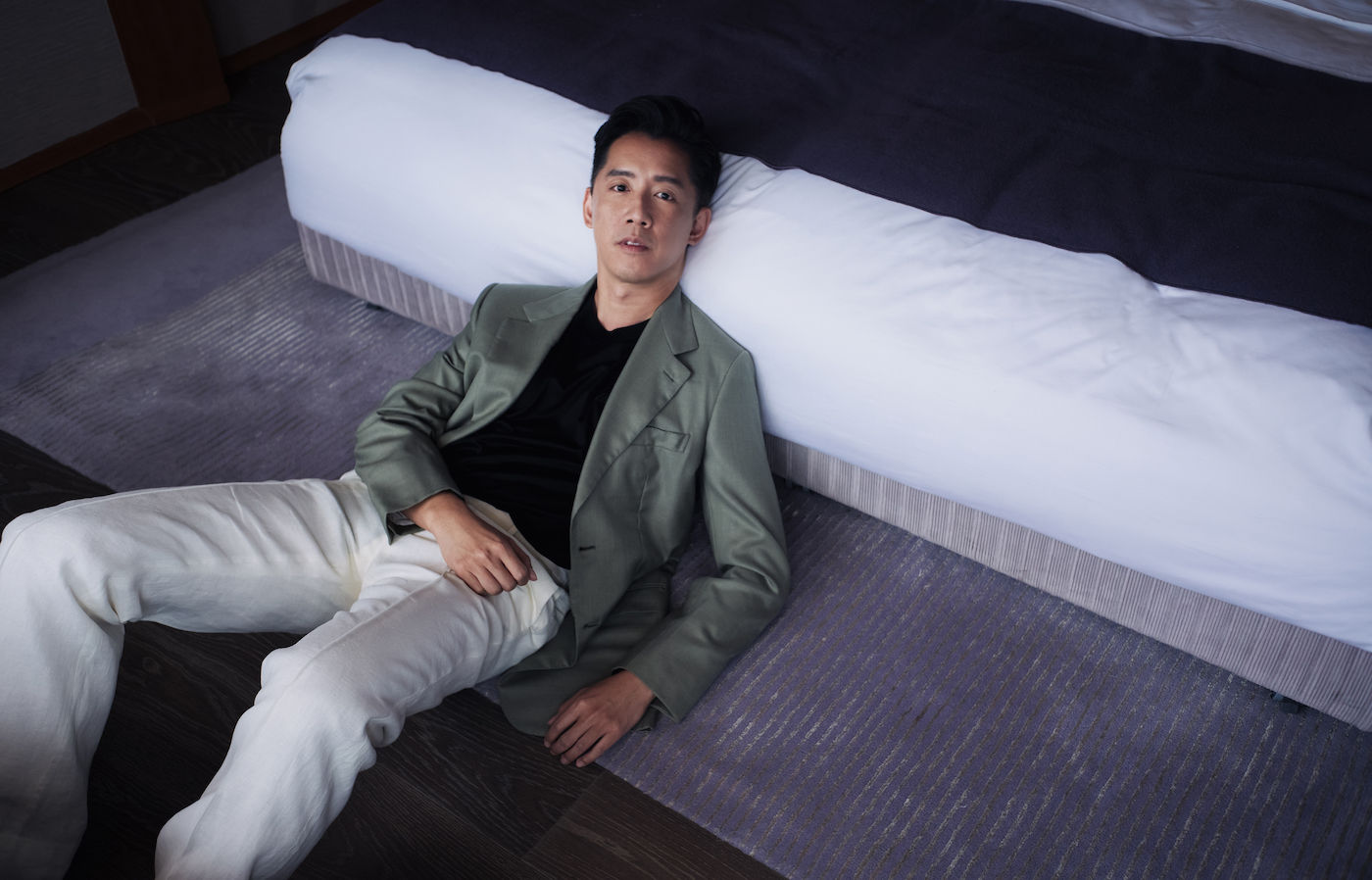 “When we set up Lead8, we’d already worked alongside each other for many years, and we shared a passion for creativity and excellence in design,” says Christine Hau, one of Lead8’s co-founders and executive directors who form the company’s global leadership team in Hong Kong. “We all wanted to bring about change, introduce new ideas to the industry and give back to our cities and communities through resilient, meaningful and impactful design. Setting up Lead8 gave us the platform to do that, so this has been a natural progression for us.”

At Lead8, Hau oversees the company’s business, financial, legal and operational sides, as well as leading its marketing, communications, branding and social responsibility activities. Born in Britain and one of the eldest daughters of constantly travelling parents from Hong Kong, her businessman father expected she’d work as his apprentice until an interest in design spurred her to study in that area, later combining it with management.

“You can put on a nice dress or jacket and it’s individual,” says the effervescent and engaging Hau, in an accent that bears no discernible traces of her Scottish birthplace, “but I feel building design – architecture and interiors – is for everyone. I’m captivated by the beauty of forms and details in buildings and cities, so I studied subjects that united my passion for design with my affinity for business – with business providing the means of turning creative visions into reality.”

After completing university, she began her career in the UK, and eventually made the decision to head to Hong Kong. It wasn’t simply a matter of having strong family ties here; she also felt this was a place where she could take her career to a new level and possibly a new direction. “This is a fast-paced place and an international hub, where there are opportunities both here in Asia as well as connections with the West.”

In any case, Hau was already accustomed to an international way of life. “We moved around and travelled a lot,” she says, “so my childhood was quite adventurous and exciting – a mix of cultures and experiences – which is partly why I’ve always believed we should explore opportunities as we go along.

“Learning isn’t just about formal education and books. Experience is also very important in life, which is how I’ve brought up my children. It also probably explains why I’ve persistently changed course in life, grasping opportunities to study and change direction.”

After spending time at other international design practices, where she gained further experience in areas such as finance, corporate law and governance, strategy and operations, Hau took the plunge and joined a group of architects and designers she’d worked closely with to found Lead8. The team moved into its first studio in Shipyard Lane, literally around the corner from the much-expanded premises on King’s Road that the company occupies now. “The move into this new studio was a defining moment for us,” she says. “It marked a step in our evolution from start-up to international design brand and set the scene for our next chapter.”

While the company’s meteoric growth is beyond impressive, it must surely have something to do with the sheer physical scale and breathtakingly imaginative reach of many of its projects, in which every detail – from the macro to the micro – is considered, and natural elements and the latest technologies both form integral parts. Yet for all the size and scope, Hau insists that much of Lead8’s work is underpinned by “design that understands people – and the urge to push the boundaries to deliver destinations and experiences unlike any other” in their respective locations.

Typifying this approach is the vast Hubei Coordination Urban Renewal Scheme in Shenzhen, due for completion in 2024, which conserves and protects a historic 500-year-old village, yet does so in the context of a dazzling and forward-looking 21st-century urban development. Another major undertaking in the Greater Bay Area is New World’s 11 SKIES at Chek Lap Kok, which will be Hong Kong’s largest hub for retail, dining and entertainment, in a development adjoining the airport terminals, along with grade-A office towers, immersive educational experiences and even an indoor/outdoor karting track.

For sheer imaginative bravura, however, it’s hard to beat HarbourLoop, a Lead8 social-responsibility case study that proposes a 23km-long walkway and cycle track encircling Hong Kong’s Victoria Harbour, with two elegant infrastructure additions linking the two sides and a series of community, culture and commuter hubs along the way. “We did it to show the possibilities of urban design thinking for Hong Kong – a zero-carbon network that unites both sides of the harbour,” says Hau. “As a design firm, we’re in the fortunate position of driving and sparking conversations about the future, which is what influences change.”

As for her own role within the firm, Hau says she uses design thinking to inform the way she oversees Lead8’s business, financial, legal and operational activities. “It offers me and my team the opportunity to manage and build a design firm differently, and to help our team of designers do what they do best – which is to create designs that are positively giving back to our communities. We create the platforms on which our global team and operations can function, and we nurture, support and empower our teams – we’re passionate about our people.”

Asked about her experiences as a female in her industry, Hau says she believes that “when it comes to work, women have traditionally been conscious of their gender, but this is changing – and I see the younger generation of women and men active in this shift. But I’ve always had strong female leaders in the industry to look up to and my own experience has been that gender hasn’t limited my opportunities.

“No matter what your gender is, leadership is about more than just being a boss. It’s inspiring, motivating and empowering those around you. Just as design inherently gives back to the cities and communities it touches, at Lead8 we have a deep commitment to the next generations through mentoring and learning opportunities, and we’re equally dedicated to supporting causes that help to build a brighter world.”

And if you were wondering how – with eight projects nearing completion in the next year and several more about to kick off – this working mother manages to find equilibrium between office and home, Hau says there’s always a connection between work and life. “I’m fortunate to have a supportive circle of family and friends, which helps ease the pressure in challenging times. In any case, instead of separating, I prefer to balance these parts of my life, as I’m passionate about Lead8 and the firm we’ve created. Each day is different – and I don’t count the hours at work, but the results we’ve achieved.”