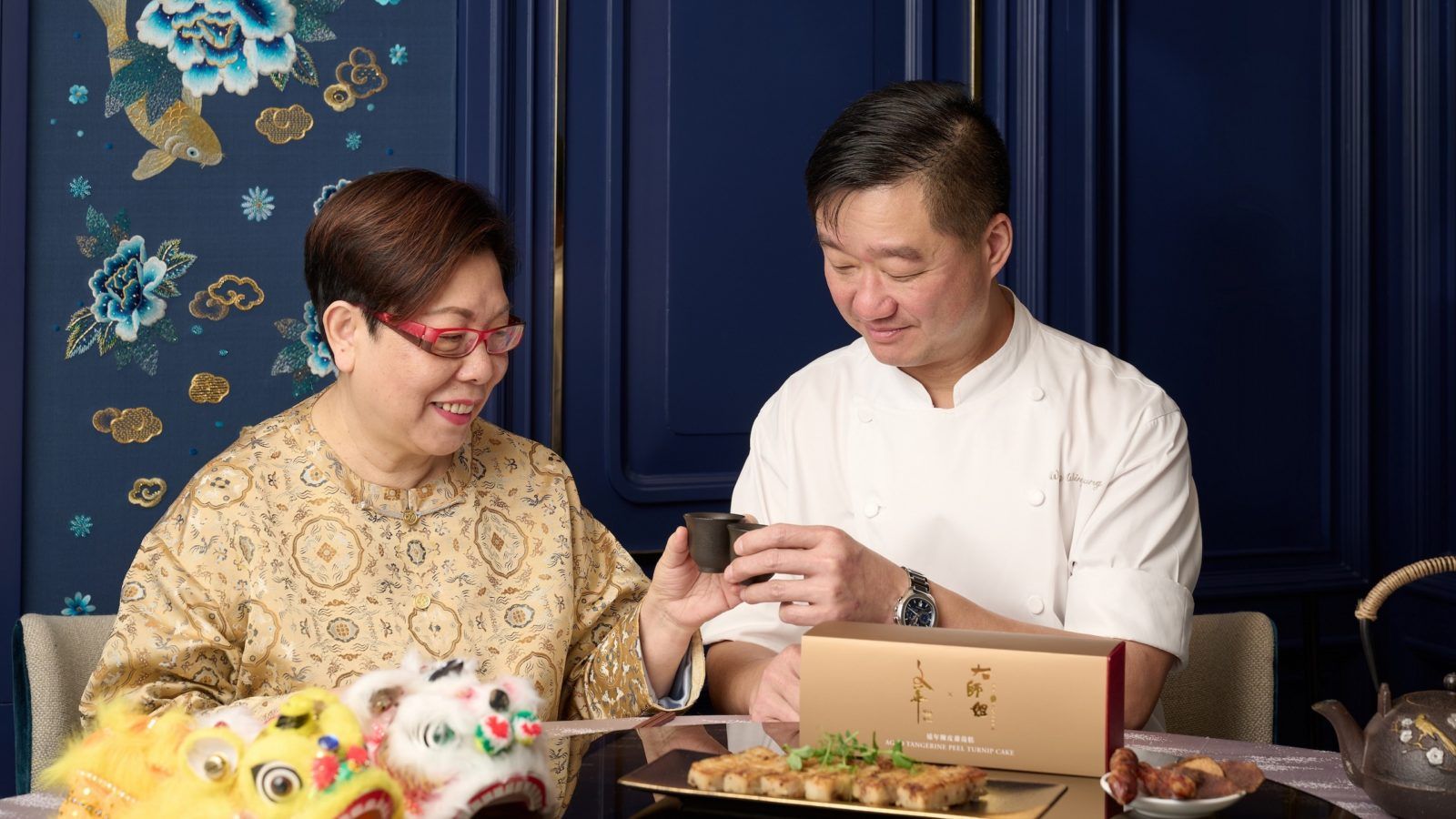 Theresa Mak — better known as Dashijie — is a veteran of Cantonese cuisine. Last year, she collaborated with Rosewood Hong Kong to launch their exclusive mooncakes. This season, she’s teamed up with Mandarin Oriental to create a radish cake with aged tangerine peel. We catch up with her to learn more about her new products under her eponymous brand and what Chinese New Year means to her.

What do you look forward to most during Chinese New Year?

My first priority is to spend time with my family: my daughter, son-in-law and most importantly, my grandson. As they are living in Singapore, sometimes they will come over or we’ll travel there to meet them. I will cook New Year’s Eve dinner with traditional Cantonese dishes like abalone, chicken, fish, dried shiitake mushrooms and so on, making sure there are abundant food to celebrate.

What is your favourite Chinese New Year tradition?

I like giving out red packets, decorating the house with red banners with lucky greetings written on them, preparing the candy tray with treats like chocolate, nuts, deep fried stuff — things that kids like to eat. I also like to walk around at the Lunar New Year fair, watch the crowd and enjoy the atmosphere.

Do you remember the first time you ate traditional turnip cake? What was that experience like?

My first time eating turnip/radish cake was when I was a young child, over 65 years ago. My mother made them. It was yummy, soft and easy to eat. The cake surface was fried until it is a little bit burnt. My mum will also allow us to dip the radish cake with oyster sauce! Since then, radish cakes have been my favourite Chinese New Year food.

When did you start making your own turnip cakes? And when did that interest turn into a business?

I started making my own radish cake maybe 30 years ago when I was in my 40s. I have seven brothers and five sisters so, as you can imagine, I have to cook a lot, around 70 radish cakes, 10 taro cakes and 30 coconut puddings each year.

In my 50s, a lot of friends wanted to learn how to cook radish cake and coconut puddings from me. Around that time, I also got into contact again with my cooking master, Ms. Pearl Chen (江獻珠). Since then, I also made traditional Chinese cakes for my cooking master as my tribute to her.

When I turned 60, I was encouraged by my friends and family to start doing my own Chinese New Year products as a business. As I always had a burning desire to open a restaurant, selling food products was an alternative for me to realise my dream. I started off with three products, namely radish cake, coconut pudding and water chestnut cake. The radish cake is still our hero product for the season.

Tell us about this year’s collaboration with Man Wah. What was it like to work with Chef Wong Wing Keung?

I got to know Chef Wong over four years ago during one of my home banquets. He was shy and quiet during the meal but as I was curious about what life was like for a Chinese chef, I followed his Facebook. I then realized the real side of him: good humor, genuine and friendly. Two years later, he became my fifth disciple，五師弟. Chef Wong is a very seasoned Cantonese chef, so actually, it was an honor to be able to become his cooking master. I also learnt a lot of cooking skills from him too.

In September last year, I asked if he would like to create a new Chinese New Year product together. With permission from Mandarin Oriental Hotel management, Chef Wong and I brainstormed what will be a good and meaningful product. Him and I separately are fond of using aged tangerine peels to in our cooking. From time to time, he will spend several days cooking aged-tangerine peels with honey and Italian lemon and give away to restaurant’s customers.

Chef Wong is very creative and within a short while, he suggested to jointly produce a new flavoured cake: Radish cake with aged tangerine peel. Bingo! He and I are both very knowledgeable in tangerine peels and the making of radish cakes, so with a few rounds of trials, we finally came up with a recipe to produce this year’s cake. It was a very enjoyable experience.

What’s new for your brand this year?