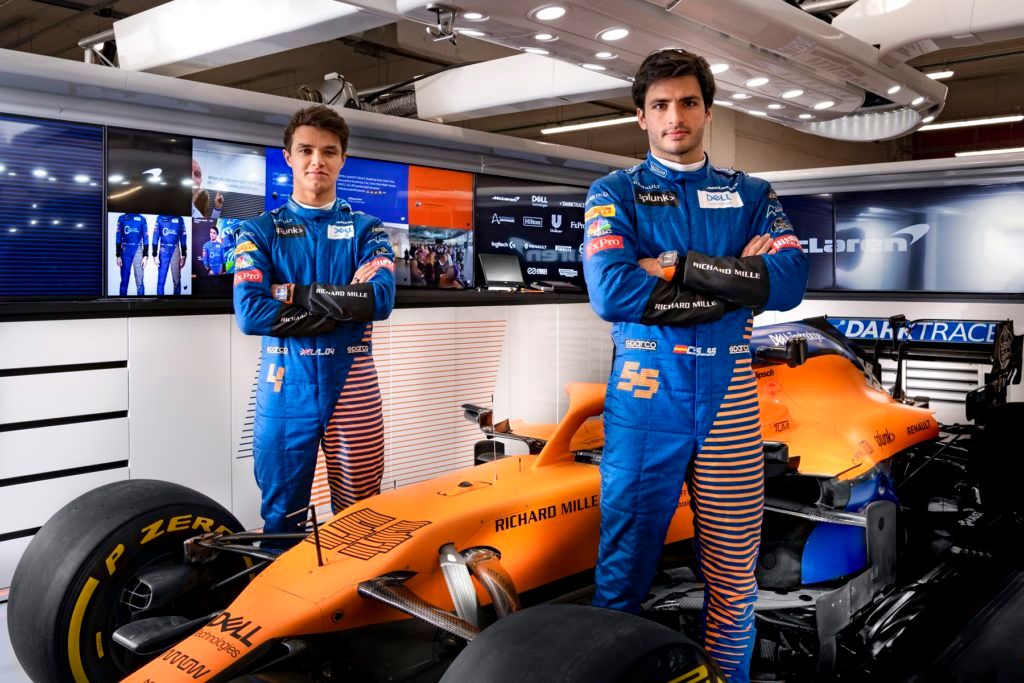 The pandemic has fundamentally changed the way we live, including how sport is consumed.

Competitions and races had to be shelved for a while with participants testing positive and various border restrictions restraining movement.

Perhaps none bears the brunt more than Formula One where races are rotated among global cities, attracting millions of travellers revelling in the glamour and festivities revolving around each race. Not to mention, race drivers, engineers, mechanics, journalists and officials who have to shuttle between home bases and organising cities, along with the logistics planning to ensure every relevant part arrives on time for the subsequent race.

After a four-month hiatus, F1 races have resumed in Europe and a number of races have admitted a small number of spectators – a far cry from usual standards – to enliven the atmosphere. Prior to the Emilia Romagna Grand Prix, the McLaren F1 Team and its drivers Carlos Sainz Jr and Lando Norris granted us some minutes for a virtual interview. Here, they speak about Lewis Hamilton’s record-breaking streak, adaptation to Covid-19 and Richard Mille watches.

With Lewis Hamilton achieving a new world record of 92 F1 victories thus far (Hamilton has since bagged his 93rd win at the Emilia Romagna Grand Prix), setting a very high benchmark. Does it put pressure on young drivers such as yourself? Does it feel unachievable for you?

Carlos Sainz Jr: Not at all; at least not for me personally. I can only control what is within my control, but my target is to get a first win. I’m not even thinking about seven world championships or 92 wins, which by the time Hamilton retires, hopefully it will be more than 100 wins.

My target is to get a win, more podium finishes and one day fight for the world championship.

Now in F1, you depend a lot on the machinery, being at the right place, at the right time, having the best car. Hamilton being one of the best drivers in history has had the possibility to go after the world championship year after year with the best car on the grid. Kudos to him as he has managed to maximise it more than anyone else.

But for the future generation, I hope that the playing field remains super level and that we can all have a crack at the championship. We can fight between both drivers for the world championship and see who comes up on top.

How has Covid-19 changed your preparation as an F1 driver? How do you view the existential threat to F1 going forward from a driver’s perspective?

Lando Norris: I think the main thing is we are back racing. Not that many months ago, we weren’t thinking that we would be back racing this year at all. First of all, that (resuming racing) is a very good thing and we are already introducing more fans to the races, which is very nice to see again. It adds a lot to the atmosphere.

But from our side as drivers, I don’t think it changes that much. It is more about the travelling and the time spent at home, which is a bit different from normal. You can’t go out with your friends as much. You can’t go out and enjoy a lot more of your personal life, whether it is going to do different sports or going to watch different games – it is not the same for everyone right now.

But F1 is the priority over everything else. When I am at home, it is easy to just stay at home and not do anything else. Except perhaps a bit of golf every now and then, and driving on the simulator. There is not much else that I do in the meantime apart from the training, which I have to do for myself physically. These are the few things I do in my life now, which is part of the Covid-19 routine. I am sure it is the same for pretty much every other driver and probably for everyone that works in F1. It is a bit of a shame and it will probably continue for a while.

You (Norris) tweeted a photo back in July 2020, dismantling your own F1 car while wearing a Richard Mille RM 11-03 McLaren Automatic Flyback Chronograph. How confident were you that you weren’t going to damage it while doing so?

Lando Norris: I don’t know. It is still in one piece and I am wearing it right now. It is still my favourite watch I have worn. It is very scratch resistant. Taking apart an F1 car is very technical. There are a lot of gaps and little things here and there, and little bolts that you have to undo. But it is a watch that can withstand a lot of knocks, scratches and still remain in one piece.

I do worry sometimes though and I don’t do anything that serious or too far in packing up that I feel will risk damaging the watch. I do what I know.