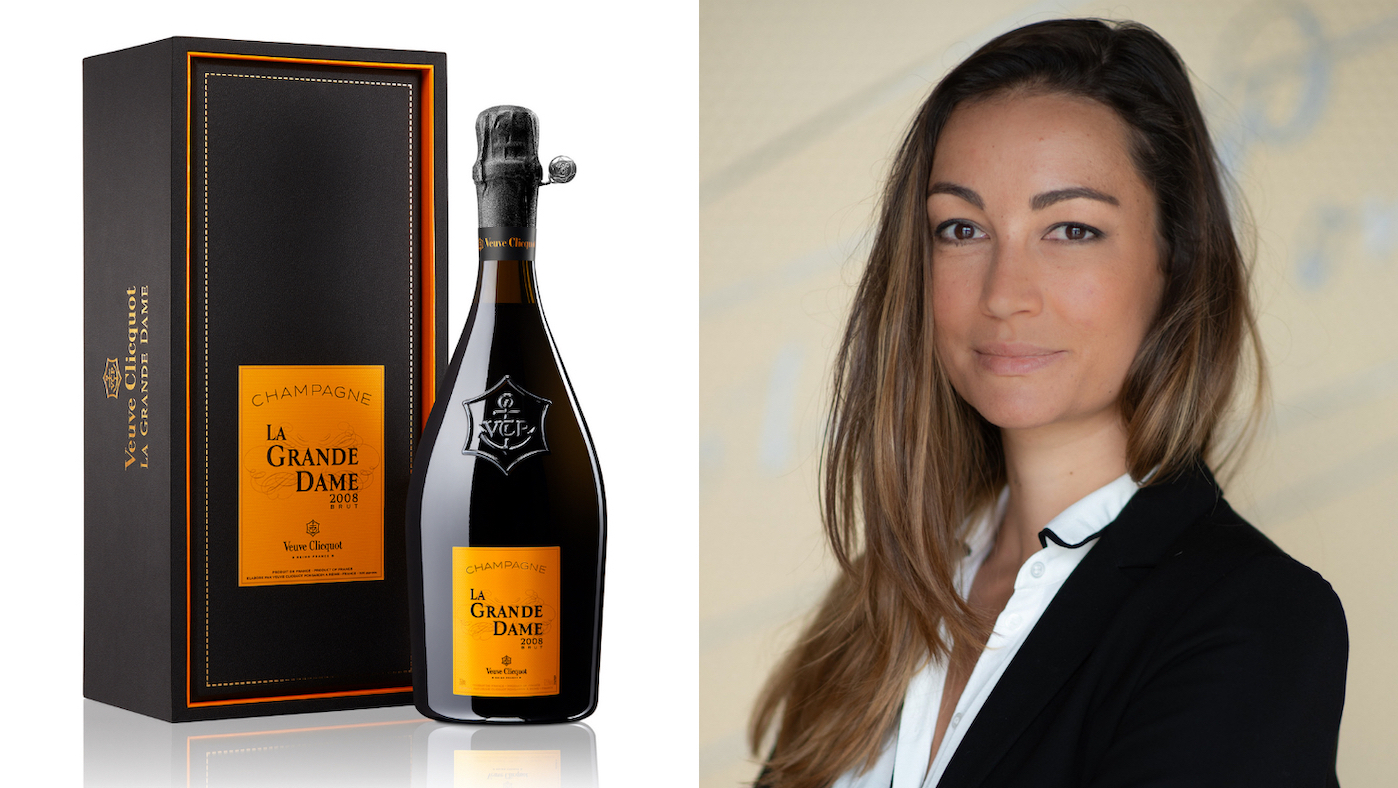 Getting to Know Winemaker Gaëlle Goossens of Veuve Clicquot

Inspired by the original La Grande Dame of Champagne — Madame Barbe-Nicole Cliquot Ponsardin — the new Veuve Clicquot La Grande Dame 2008 is an homage to the French woman that took over her late husband’s business and turned an almost failing winery into one of the biggest Champagne houses in the world.

To celebrate the launch and in honour of Madame Clicquot’s enterprising spirit, one of the house’s three female winemakers, Gaëlle Goossens, hosted a lunch at Hong Kong’s SEVVA. We caught a moment with her to talk about the female forces that have inspired her and what she’s like without the wine.

I just bought a house in the countryside, and I like spending my weekends there, in my garden, enjoying the sun and getting some rest. Sometimes I’ll escape to the north of France too, where there is a nice seaside town called Le Touquet. It’s nice to get some oysters and fresh air there.

I like jazz music. Modern jazz mostly. I like Pink Martini — it’s a group that sings in a lot of different languages. So French, Spanish and even Japanese!

When you’re not making wine, what else are you up to?

I have a little boy at home. He’s four years old, so I try to spend as much time as I can with him. I like to travel and take my son with me. I want him to see the world. Last summer we went to the Canary Islands to have a good rest. I also took him to Italy, but I want to take him somewhere more exotic next. Maybe Asia!

Eating too much chocolate? [Laughs] I like to finish my lunch or dinner with a piece of dark chocolate. It’s not a lot as it’s strong. I like the ones with 90% pure cocoa content.
I watch a lot of Netflix series, too. The most recent is The Rain, which is a drama based in Scandinavia where they find a virus that kills the world.

Tell us something not a lot of people know about you?

I’m a big countryside girl. Maybe people don’t expect that of me, but I love nature and animals. I love dogs and have two at home actually. A big Dogue de Bordeaux [or French mastiff] and a little dog, it’s a cross-breed. So it’s like Timon and Pumbaa, little and large! I also used to horse ride, but I fell off once and broke my shoulder. I haven’t been back on one since. I would like to but I’m a bit scared.

What’s on the cards for you and Veuve Clicquot this year?

This year, the focus is on the launch of La Grande Dame 2008. We’re traveling around the world. Last fall we launched in the United States. And we just came from China and now [we’re in] Hong Kong. Up next is Australia and Eastern Europe. Right now, we’re preparing the harvest too, which we expect will be [ready] in mid-September.

In the spirit of Madame Clicquot, who are your top 3 power women?

I called my husband last night. But really to get to my son. We were FaceTiming. It was funny because he takes the iPad everywhere around the house while we’re talking. So I can’t see too much on the screen, but I guess I’m in the bedroom? He’s playing with me and taking me everywhere!

What was the last meal you had in Hong Kong?

I haven’t had much time to explore Hong Kong, but I did have Peking duck in Beijing recently. It was my first time to try the specialty from a local place and I really enjoyed it. With local beer as well! But next time, I would like to take a day off in Hong Kong so I can try some places.