James Louey is stepping off the family bus business for the creative realms of high-tech. He tells us why.

After serving as the director of his family’s Kowloon Motor Bus company for more than 30 years, James Louey has begun leveraging his talent and penchant for technology through his own company, Majestic Creations, which he founded in 2017.

To date, he’s worked with clients ranging from property conglomerates and car companies to jewellery designers and cultural organisations. Ensconced in his tech-filled basement on the Peak, he talks about his latest venture.

What inspired you to start Majestic Creations?

I got my first taste of the artistic world when I was a child. My father ran the Cinema City film company and when I was growing up I loved watching new action movies. When I went to university, I was the keyboardist of a techno band and I also toured with a number of Australian indie bands as their sound engineer.

After I returned to Hong Kong and was working at our family company, Kowloon Motor Bus, I used my film-making skills and co-founded the Roadshow TV station. It’s essentially an advertising company that promotes products and services on board KMB buses.

I’d say it’s a combination of both. For the past three decades, I’ve been an avid photographer and filmmaker. I’m also always scouring the market for the newest and most innovative technology to evolve my passion for music.

When did Majestic Creations go from a passion project to a full-time career?

I’ve spent the last 30 years overseeing the family business, KMB. Recently, given the growing demand for visual animations, I decided that it was time for me to realise my creative vision and launch my own company.

What did you study at university?

I studied computer science, but I also completed a sound-engineering diploma in high school.

How did you get into digital modelling? What kind of programs do you use?

The vast improvements in video marketing technology in the past 10 years have shown that there’s a large market for next-generation promotional tools. Back in my twenties I began producing 3D computer animations in my multimedia production facility, Phantom Media, and I’ve been evolving those skills ever since. The software I use includes Maya, Cinema 4D, Autodesk 3D, Strata Studio 3D, Unity, After Effects and DaVinci Resolve, among others.

How did you become tech-savvy?

Technology has always resonated with me. As a teenager, I spent a lot of time exploring “binary” machines and fixing computers. During one of my summer holidays in high school, I helped my mother’s stock brokerage develop a database system that could manage all the transactions and company accounting.

This software also electronically placed stock orders instead of the paper stubs that used to be prevalent – in a sense, it was similar to a modern-day SAP system. That marked the beginning of my addiction to technology. 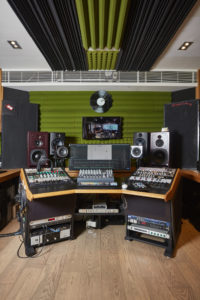 What do you hope to achieve with Majestic Creations?

I hope it can become a premier visual animation production providing top-quality promotional tools developed with the most cutting-edge equipment that current technology has to offer.

Which have been your favourite projects so far?

I’ve really enjoyed some projects for large property developers like Sino, the Henderson group and Phoenix properties, due to their sheer scale. I was able to help them create virtual reconstructions of their property projects and, with some interior design firms, was even able to customise some design elements for some of these spaces. Working on these projects provided a glimpse into the real-estate industry.

However, I also really enjoyed drone filming for Chi Lin Nunnery, as well as creating the promotional video for the Lumières Light Festival, which featured Carina Lau. Given the precise nature of the project, I was given a lot of creative flexibility to direct it.

What projects would you like to work on in the future?

Anything and everything interesting and innovative. What I do isn’t restricted to any particular product, service or industry. 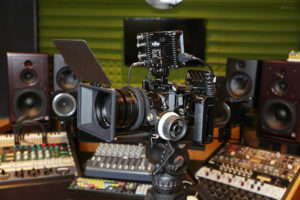 How do you think technology will continue to evolve and affect the way we live?

Life after the pandemic will change the way humans interact with one another. Can we travel around the world in an immersive surround screen that’s almost life-like? Will large exhibitions, concerts or sporting events be as crowded as before? Is there another way to mingle with our friends, watch a concert or attend an exhibition in a virtual environment?

With the onslaught of 5G high-speed communications, we can deliver better-quality video and sound to our brain via virtual-reality devices. Can “real life” holographic displays be a way to deliver music performances or sporting events? I’m actively looking at these innovations. I hope Majestic Creations can be an innovator in these brave new technologies.

What, for you, is the most life-changing piece of equipment that you use?

My most life-changing piece of equipment to this day must be the aerial drone. Prior to their invention, if I needed aerial shots I had to put on a harness and hang out of a helicopter holding my camera. It was often cold and frightening flying with no helicopter door.

There are lots of limitations, too, like minimum safety height – helicopters aren’t allowed to fly low, so filming objects below 1,000 feet was difficult. Stabilisation is another big issue – I can’t hold a camera still enough for silky-smooth motion. And then there’s the cost of renting the helicopter and pilot.

The first Quadcopter drone I bought was the DJI Phantom 2. It was a complete game-changer – I could be on the ground looking at my cell-phone screen and be filming pristine images and Hollywood-quality, stabilised high-definition video. I became totally hooked on aerial filming, so I started helping my architect and property friends to film their projects from the air.

My favourite drone, however, is the pro-grade Inspire 2, which uses multi fixed-focal-length Hasselblad lenses. It records 5K video with high data rate directly on to a solid-state drive. I’ve used it on lots of film shoots – Chi Lin Nunnery, Po Lin Temple and the Big Buddha, as well as for luxury yachts and sports cars.

What kind of films do you watch for relaxation?

We all love movies in our home. My children like action films like Fast & Furious and James Bond – my daughters have watched almost all of the old ones, all the way back to Dr No in the early ’60s. I like science fiction, like Alita: Battle Angel, Wandering Earth, Matrix, Blade Runner and Star Wars – I watched all the episodes again in 4K Blu Ray. But there are just so many good films to choose from. I literally watch a film a night, and from many different countries.

Have you been learning any new skills during the Covid-19 semi-lockdown?

Yes – and cooking is one of them. My most recent discovery is making pizzas, from making the dough to choosing the ingredients for the toppings!

Born and raised in Hong Kong and educated in New York, Florence has been living life in the fast lane, getting to know contemporary artists and famous fashion designers on the go. Aside from designing jewellery and having an unquenchable love for beauty, Florence enjoys dancing, wake surfing and hiking in her spare time.