Critic James Suckling on a Lifetime in the Wine Industry 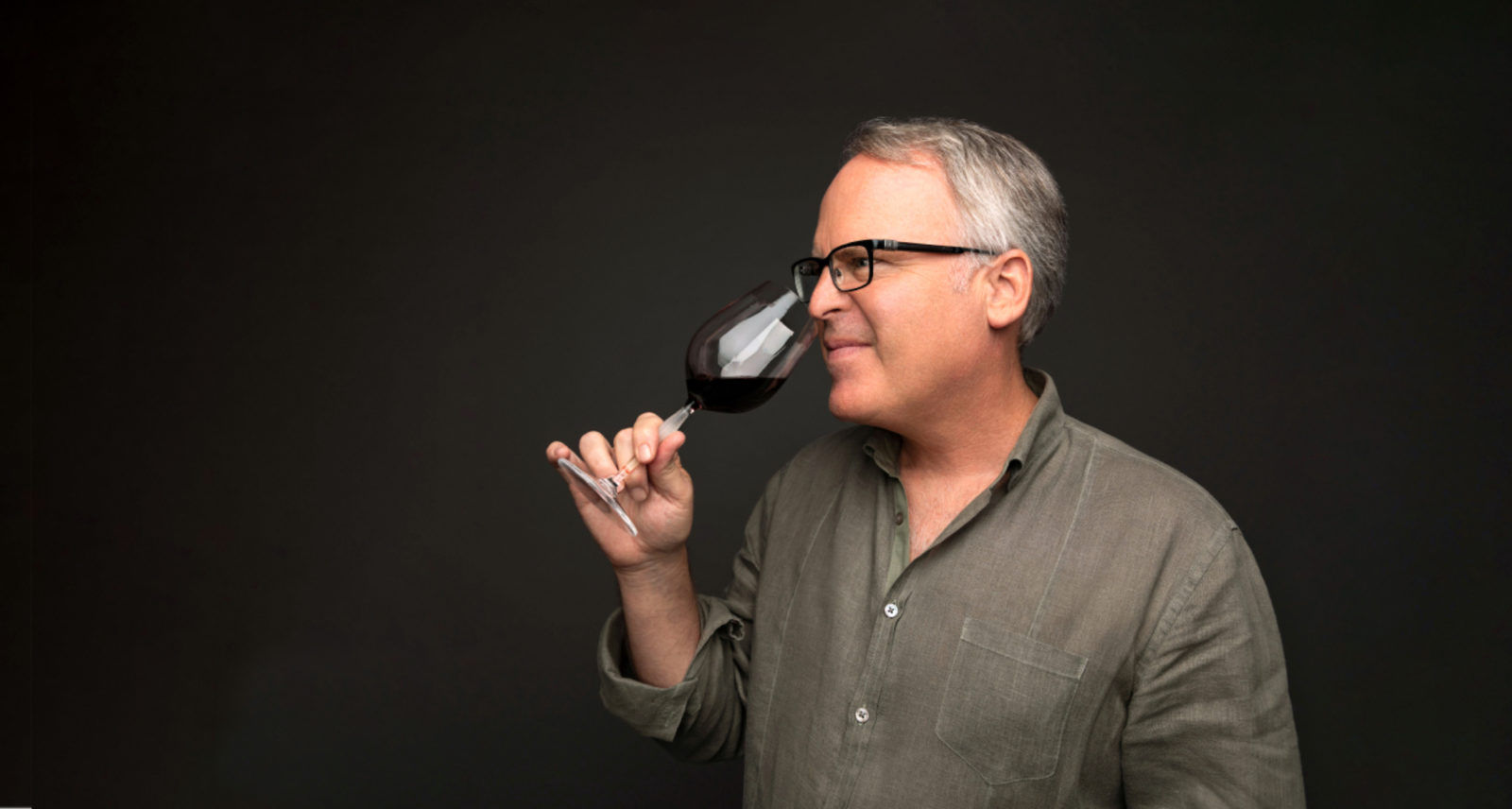 A wine critic and now restaurant owner, James Suckling explains why he gave up one of the most enviable jobs in the world to set up on his own and move to Hong Kong.

Seated comfortably in his Soho wine bar and restaurant, which has been pretty much the centre of his world since the early months of 2020, James Suckling looks like an extremely happy man.

One of the world’s most respected and influential wine critics, he has the privilege of doing a job that he absolutely loves and seems delighted to share his great good fortune with everyone around him.

In almost 40 years in the industry, he thinks he must have tasted and rated a quarter of a million vintages; his JamesSuckling.com website gets around 600,000 unique visitors each year; he holds decorations from both the French and Italian governments, as well as honorary citizenship of the Italian wine-making town of Montalcino in Brunello; and he’s the only wine expert offering classes on Masterclass.com.

Appearances to the contrary, though, Suckling’s professional journey has been neither straightforward nor smooth. He readily admits his Staunton Street establishment, James Suckling Wine Central, which he and his Korean wife and business partner Marie opened in October 2018, almost went under before it was rescued, bizarrely, by the Covid pandemic.

And why he decided to throw in what must have been one of the most envied positions in the world of wine, as senior editor and European bureau chief of the oenophiles’ bible, the Wine Spectator, to move to a part of the world he hardly knew, is another story entirely. The way he tells it, though – accompanied by self-deprecating smiles and laughs – you’d think it had all been plain sailing.

Back at the beginning in 1981, when Suckling returned home to Los Angeles after taking a post-graduate degree in journalism at the University of Wisconsin, he’d found himself jobless until he answered an advertisement “for position at a tiny magazine called the Wine Spectator, run out of a garage in San Diego”. Not only did he get the job, but within four years he found himself in Paris, remaining in Europe for the next decade and a half, “learning on the job, travelling around and meeting producers”.

For a young man whose own wine epiphany began while at university (he’d shared a bottle of 1966 Château Lafite with his lawyer father and declared, “Wow, this wine stuff’s amazing”) it was, he says, “an amazing start to my career, and I learned so much”.

“I lived in Paris for three years and then moved to the UK. I was there for 10 years, then moved to Italy and then I came here. During that time the Wine Spectator had grown to become the biggest wine magazine in the world, and all that time I was tasting, travelling and building the magazine.” It was then, too, that Suckling first met Marie, who worked at the venerable London wine merchant Corney & Barrow, though the romance didn’t blossom till later.

The idea of upping sticks and moving to Hong Kong came shortly after the difficult decision to leave his comfortable and highly influential position at the Wine Spectator. “I’d been there for 29 years, and I just decided it was now or never. It was a crazy move – I was 50 and it probably was foolhardy in a way, because I had this really cushy job and was living in Italy. But then I was thinking, do I want to spend the rest of my life working for the same company? And I’d always thought it would be amazing to do my own thing. So I just did it.”

The following year, Suckling attended the 2011 Wine & Dine Festival in this city, alongside other noted experts from around the world. By that time, Hong Kong had already removed all government duties on wine, a move that almost overnight had turned the city into the region’s premier wine-trading hub.

“And that,” says Suckling, “was the main reason I moved.” Coincidentally, Marie had also left London for Hong Kong, where, she says, “We met at the Wine & Dine Festival’s big event at the Grand Hyatt. After two years, we got married in Korea.”

Suckling had decided that video was the way to go for his website, which would be the centrepiece of his solo operation. “My partner, James Orr, was a really close friend who was into wine and cigars; he still owns a small part of the company. He was a film director, producer and writer – he did Three Men and a Baby and Sister Act 2. We had this idea that the site would be just video – we were way ahead of our time because now everyone’s doing streaming video … And so he and I travelled around wine regions, and did videos of tastings with wine producers. And for about six months, it was going OK, though not as well as I’d hoped.”

“I realised that I had to get back and start tasting wines, but also that people didn’t want to pay for video. I was running out of money. But then I happened to be with a friend of mine, Mike Diamond from the Beastie Boys, at his house in Malibu, and I told him, ‘Dude, I’m running out of money.’ And he just goes, ‘And why did you think people would ever want to pay for your videos? It’s like people wanting to pay for my music. You’re gonna have to do events, you should do wine events, just like years ago we’d go on tour to sell CDs.’

“So I started doing wine events. And the first place I did wine events – profitable wine events – was in Hong Kong. At the time, it was just me and an assistant. I knew collectors like Henry Tang, Peter Lam and George Wong, and a few wine merchants, but I wasn’t really that connected – though one of my best friends, Patricio de la Fuente, who own Links Concept, was really helpful. But I could see that with no taxes and [the proximity to] China – even though the market hadn’t really developed to what it is today – this was the international wine hub for Asia. And then I met Marie – and she took pity on me!”

The business, says Suckling, really didn’t start making sense financially until around five years ago. “It took a while – it was really touch and go, and pretty scary, to be honest. But now, as you can see, we have 15 employees and a restaurant, which has been a lot of work but now is really successful.

“We opened the restaurant in October 2018, and now it’s doing really well. It never did so well – last month was our biggest, 500 wines by the glass and we have a really cool local chef who studied in Paris. But it took a long time – and it’s interesting because if it hadn’t been for Covid, we probably would have closed. The demonstrations were very difficult and while Marie and I were away in Napa Valley a lot of people were leaving. When we came back in March 2020, it was on its knees, so Marie actually went into the kitchen and started cooking Korean food. [Asked whether Korean food goes with wine, Suckling says, “Of course it does. I eat Korean food every day and I drink wine every day.”] And in the first few months, I was even on the floor serving wine – well, I had nothing else to do!”

“During Covid, website subscriptions actually went up 50 percent, and people weren’t travelling. So ironically, Covid was better for our business. I remember talking to a friend from Boston Consulting Group, who said, “James, you’re OK, but you have to focus on the local economy. And that’s what we did with the restaurant – and we did events. So it actually worked out well, though it would be nice to travel again and do events around the world.”

The outcome is that Suckling now finds himself in the paradoxical position of running both a locally focused wine bar and restaurant, and an internationally oriented wine website, 50 percent of whose visitors are based in North America. “I was recently named one of the 100 most important members of the US wine industry. I’m not sure they know I’m a Permanent Resident of Hong Kong,” he says with a laugh. “Most people think I live in New York.”

Thanks to Hong Kong’s duty-free regime, running a wine-tasting operation here is simplicity itself, he says. “Because there’s no tax, people just ship the wines here. In Hong Kong this year, we’ve tasted about 18,000 wines. The logistics have been great – a producer in Bordeaux just gives his wine to DHL and it’s here in two days. It’s just like door-to-door. And that was one reason I thought that if one day I didn’t want to travel as much, Hong Kong would be great because there are none of these logistical problems.”

“If you’re in the US, each state has different laws on shipping wine, and to import wine you need licences and all sorts – and I just thought this could be so easy. And it’s turned out to be a godsend, and wine producers are fine with it. We just tasted 1,500 wines from all over Spain … even barrel samples: this year I tasted 1,500 barrel samples. People pull a sample from a barrel, bottle it, cork it and then they ship it over. Isn’t that cool?”

Indeed, though they’d like to be able to travel for, say, a month to Italy or California, he and Marie have no desire to return to the old regime of being away for 225 days in a year, flying to San Francisco or Burgundy just for dinner. “What’s been exciting about this place was that being stuck here almost two years, I’ve really had the chance to see people and talk to them, see what they drink and what they’re interested in with wine,” Suckling says.

“And I realised that for years, as a journalist or with the internet, you don’t really get the chance to talk to people and understand what they enjoy, whether it’s food or wine. I’ve really enjoyed getting back to, you know, grassroots or basics. Because sometimes you get detached – ‘Oh, I’m this wine critic or I’m that important journalist or whatever.’ I read The New York Times, and sometimes I find the writing can be a bit elitist. And I think that’s just because, as journalists, you get detached from your readers sometimes.

“It’s been a lot of work, though. I think you’ve probably heard people saying, ‘Never, never start your own restaurant. Because you don’t make any money and it’s a lot of work.’ Well, everything they tell you about restaurants is true, but at the same time, it’s been really fun. And now it’s working well. So I’m pretty proud of that. It’s worked out.”