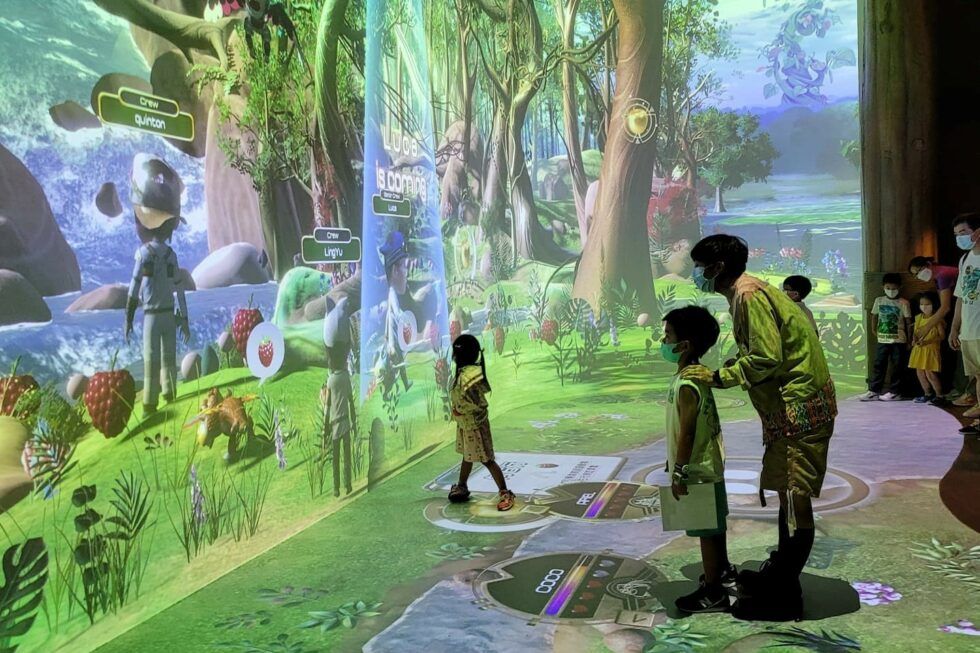 One may not immediately recognize it yet, but Kwai Bun’s technology is embedded in some of the biggest projects in our city. The charismatic man behind the scenes speaks to Sandra Kwong about quantum fittings, the digital world and the rise of virtual identities.

Kwai Bun’s vast, ocean-view studio and office is in a sleepy corner in Tin Hau within an unassuming warehouse block. Step into the industrial lifts pass the workers milling around shipments in the cargo area, however, and you’ll be transported up into a wildly technical, almost-technicolour, thoughtfully curated space.

“These are some cameras that I’ve constructed myself,” says Kwai, waving towards a room filled with sizeable vintage photography equipment. “I was trying to invent a way of converting old cameras into, basically, instant-photography machines. It requires a special chemical process that I’ve been playing around with. Of course, pocket-sized instant cameras already exist, but I wanted to create one that could print large-scale photos that I can show off within minutes. I find that instantaneous physical feedback very rewarding.”

Experimental photos of his previous subjects are displayed prominently on a wall; a lomographic collection of beautiful faces. The technical complications and thoughtful construction process leaves me in awe, but he waves off my compliments, nonchalantly describing this as “just a hobby” that he’s been able to spend time developing recently. Eventually, when the pandemic is a thing of the past, Kwai hopes to be able to bring one of his machines down to the streets and shoot strangers who would be interested. Just as a hobby, of course.

We continue on into a meeting room overflowing with odds and ends — “It also doubles as a dark room and office ‘interest corner’,” he says — where he proceeds to pull out a hefty stack of intricately detailed, tastefully inked life drawings.

“These are all from nude drawing sessions. I’ve completed about 60 of them now over the last few years. I’m very interested in the human form. It’s embedded into my work with Quantum Matrix projects and body scanning, but the physical aspect, the anatomical side, that really inspires me. I’ve always been drawn to projects or hobbies that display and celebrate the human form.”

Quantum Matrix, one of Kwai’s two businesses, provides the service of creating realistic, mass-scale avatar technology — virtual identities that can then be incorporated across industries and platforms to facilitate user connection and brand personalization. In Hong Kong, he’s worked with high-end luxury brands such as Burberry and Dolce & Gabbana to conduct pop-ups offering full body scans and real-time rendering, providing a high-tech alternative to physical clothes fitting.

“One of the results of the pandemic happening is that the business of online shopping really exploded. The downside, though, is that it’s environmentally unsustainable and economically costly. People will inevitably buy the wrong size sometimes — and really, retailers sizing varies so much nowadays — and to return a product requires expenditure that could be avoided. We decided that we had to create a solution to streamline the e-commerce process.

“We’ve had this technology for a while. In fact, we first showcased this in a tech conference in Germany back in 2016 where we made scans of almost all participants and inserted their avatars into a virtual world. The digital world was already compatible with what we were doing, but now, we’re able to offer it on the front-end too for consumers.”

To create a Quantum Human, one must step into what is essentially a life-sized light box, an industrial fridge-looking contraption equipped with over 100 small cameras. It’s a two-second process that almost-instantaneously, and accurately, maps out your body, creating an avatar that Kwai and his team can upload into their Quantum Fit system for real-time auto-fitting of virtual clothing.

“We didn’t invent the concept of 3D scanners, of course, but what we’ve done is refined the technology and solve a bottleneck that most game developers or software engineers used to face. A single avatar used to take up to a week to create. Here, we can scan thousands of people a day.

“One of our latest projects that I’ve been very proud of was to work with Ocean Park to bring an immersive learning experience for children. It’s a permanent installation at Whiskers Harbour where visitors can create their own AI SuperAnimal with different design combinations. They’ll be able to see their likeliness on-screen, and even take home their design by downloading an app!”

We carry on across the corridor to the communal office space, a sizable room filled with more monitors than I’ve seen, each desk occupied by staff that Kwai proudly describes as “the top computer graphic artists in Hong Kong”. And I believe him. A quick glance at the screens in the room offered a dizzying array of complicated sequences and 3D rendering. There’s a subtle divide in the desks, though, a thin line between his two businesses.

“My team on this side is from ManyMany Creations, a total-solution creative production agency. We’ve produced over 500 projects for everything from luxury brands to real estate firms the last 16 years. One of our highlights include a video project that’s become quite viral. We typically do this on the corner screen of a building, usually it’ll be an animation of someone reaching out, or an animal leaping forward. Those are really fun to produce.”

It’s extraordinary being in this space and witnessing the work of such talented, bright individuals. Seeing the cohesion of his businesses and Kwai’s own visions, the scope of his recent projects provides valuable insight into what potentials a “metaverse” could bring us.

“Our job here is to turn ideas into reality, and to continue pushing cutting-edge technology in Hong Kong. Of course, we cannot undermine the physical world. People still have basic, social human needs. We want to co-exist peacefully with the virtual world. The space for innovation can be rather limiting here compared to cities in the West, but with more effort, time and passion, I’m sure it can be achieved.

“I’m obviously very excited to see the development of virtual identities in the digital world,” Kwai says. “It’s taken immense, global brands to really push the needle forward the last couple of years, and there’s no doubt the pandemic accelerated this process. However, until a plausible economic incentive for being in the metaverse becomes commonplace, it will still take us a while to get there.”

While the future remains uncertain, one thing is clear: Kwai Bun is a man with a drive and dream, and with his team’s technological capabilities and development, he’s been ahead of the curve for a while.