T.O.P Prestige HK March 2022 Cover: A Letter from the Publisher 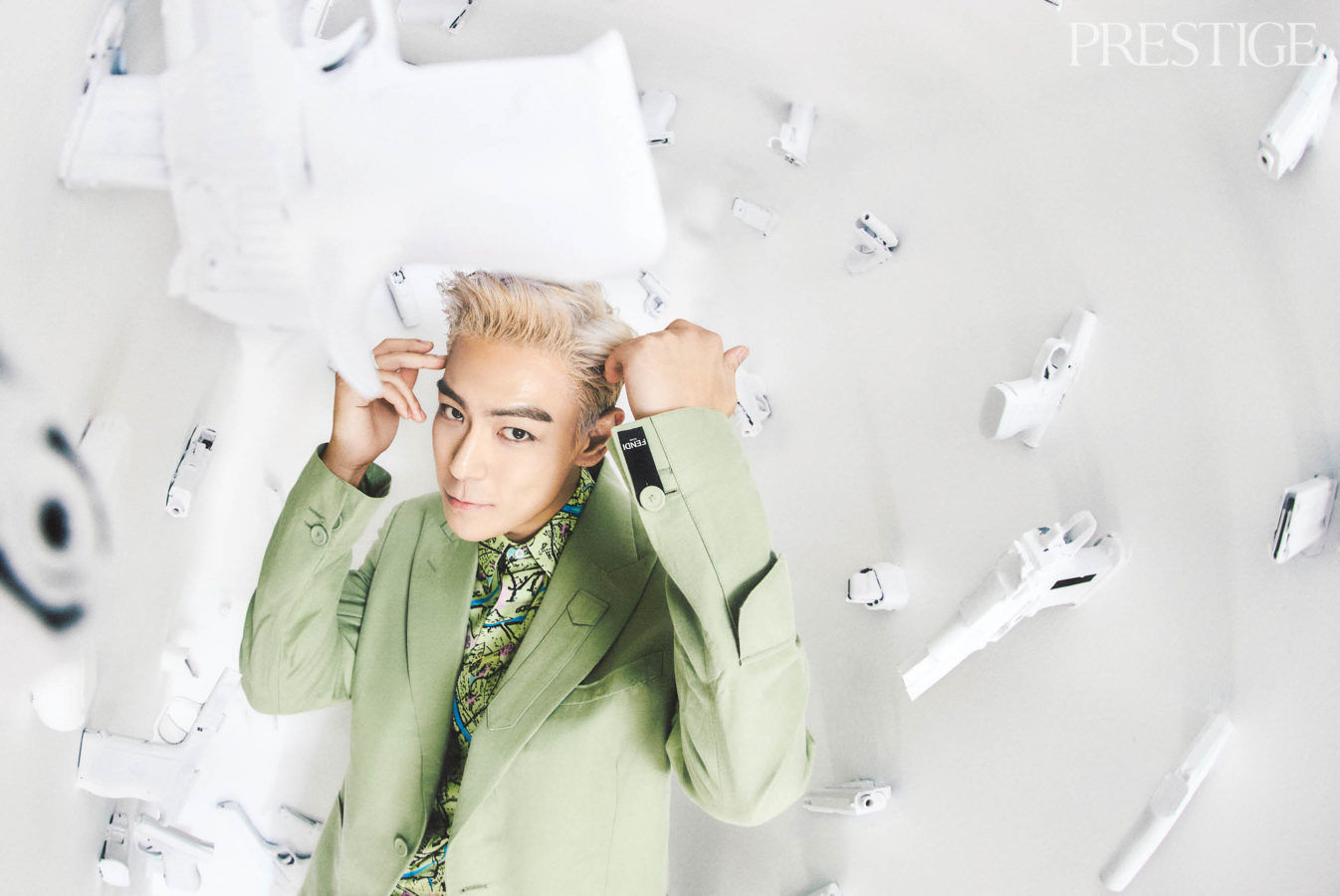 When putting together this annual Art Issue of Prestige magazine, we thought hard about who should feature on the cover. We decided we wanted a young art patron who could represent the growing phenomenon of young collectors – a surge that’s particularly prevalent in Asia.

In my conversations with art insiders, the name of Korean pop star Choi Seung-Hyun – better known as T.O.P – came up several times. This didn’t surprise me; after all, Choi is known in the art world not only as a prominent collector but also for his guest curation for a major auction house in Hong Kong and co-curations with leading museums in Singapore and Korea. In 2019, he was listed in ARTnews’ “50 Art Collectors to Watch” for his passion for – and patronage of – contemporary art. Indeed, as he actively expresses his love for art in his music and on his Instagram feed, it’s not an overstatement to say he’s helped turn a generation of music fans into art aficionados.

If it seemed as if Choi would make an ideal cover person for this issue, I was all too aware of how difficult it might be to reach him, not only because of the global pandemic but also as he’s been out of the public eye since he began his compulsory military service some five years ago. But when his name came up again during a casual catch-up with Yuki Terase, who’d worked directly with him on his record-breaking #TTTOP contemporary art auction at Sotheby’s Hong Kong in 2016, I took it as serendipitous and asked whether she could help with an introduction.

When we eventually met Choi over Zoom, he at first came across as a little shy, though as our conversation got deeper he struck us as extremely personable, well-mannered and sincere. We quickly discovered there’s so much more to him than meets the eye. Here, in his first major media interview in five years, Choi exclusively divulges how he’s been and how he won the battle against depression. He also talked about his new mission to change minds about mental health and its impact on young people, his continually evolving passions for art, music and films, and his comeback as a solo artist and as an entrepreneur. He sends messages to his beloved fans and, most importantly, reveals his exciting and ground-breaking plans for the future.

You’ll discover how art has served as the stimulator for Choi’s creativity and the driving force for his personal and professional growth. After pulling himself out from a dark place, he’s not only reborn but also ready to help others – in particular, young people – with love and hope through his music and films.

In our cover shoot, which was conceptualised and directed by Alvin Goh, you’ll find striking images of Choi standing fearlessly while surrounded by walls of guns, a creative idea Choi insisted on as his way of showing to the world his victory over depression, the trigger he didn’t pull, the death of yesterday and the birth of today. His story is uplifting and utterly powerful. I’m glad that he’s found art – and that art has been there for him through his ups and downs.

T.O.P is back. I can’t wait to see T.O.P soar to new heights – just like his name – as he self-reflects, copes, creates, innovates and ultimately prospers in this new chapter of his life.

An industry veteran, Oceana held senior positions at leading media companies in both London and Hong Kong before joining Prestige as the Publisher and Managing Director. Passionate about her work, she thrives on the creative process and the energy she gets from the smart people she’s surrounded by. She balances this in her spare time with her loves for travel, skiing, yoga, hitting the gym, listening to audio books, and hosting dinner parties for family and friends.