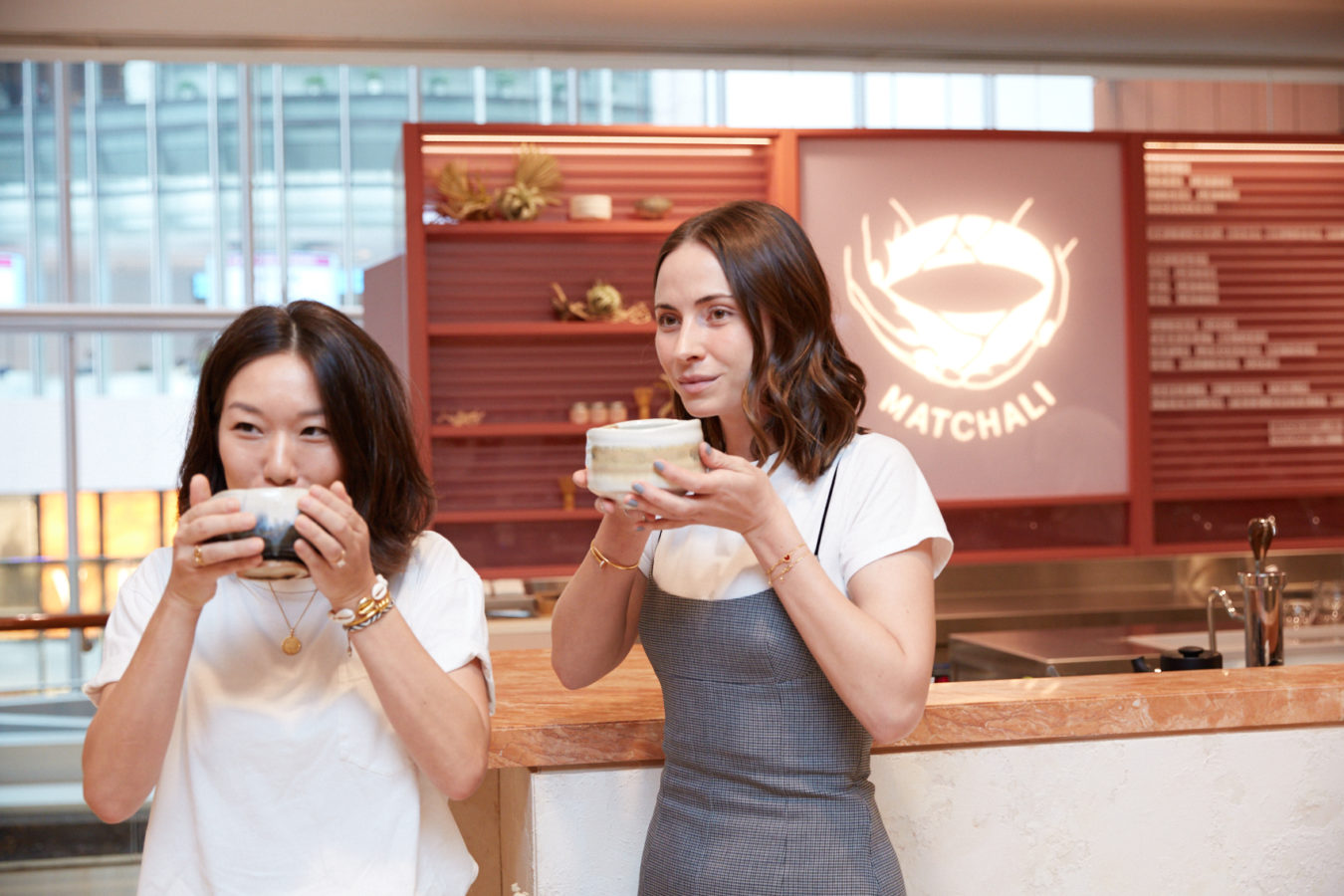 Whisking Away with Cara and Laura Li of Matchali

After four months of long queues at their Upper House pop-up store, Matchali has opened at the Landmark Atrium and will be there for the next six months.

Cousins Cara and Laura Li have brought matcha culture to Hong Kong in an impossibly chic and contemporary way. A concept that had its inception when the cousins reconnected, Matchali was born one year later as the plush pink, stylish go-to café for quality matcha that it is today.

Inspired by the modern matcha culture that’s gripped New York City, Cara found herself increasingly hooked on the wonders of this green powder while she was studying in culinary school to become a chef. Laura has long been infatuated with this aspect of Japanese culture too, learning about it from her Japanese husband who opened her eyes to the secrets and origins of matcha.

Matchali was born out of a desire to grow a community centred around modern matcha culture. We travelled to Uji, Kyoto, the birthplace of matcha, to source our ceremonial-grade matcha directly from a fifth generation tea farm. Beyond our love for its flavour, we love matcha for its health-enriching, wellness-promoting and calm-inducing, jitter-free caffeine boost – Cara Li

Originally used in traditional tea ceremonies and meditation, matcha stems from finely grounded green tea leaves that’s then whisked with hot water to bring out the flavour. Aside from being an excellent caffeine alternative to coffee, matcha is also a powerful antioxidant renowned for its health benefits, which include strengthening bone density, reducing blood pressure, aiding weight loss and improving aspects of brain function. Moreover, it doesn’t give the caffeine “spike and crash” that usually comes with coffee-drinking; rather, it’s a calming caffeine whose effects are much slower and extended. The zen nature of matcha is something the Lis advocate. “What with all that’s been going on in Hong Kong,” says Laura. “We really wanted to bring some zen to the city via the culture of matcha.”

The cousins also wanted to present their own contemporary take on matcha, and worked with a tea sommelier to create a menu of eye-catching drinks. What they’ve achieved is impressive, given that it is their first shop opening – not only is their store running smoothly, but they’ve also done multiple crossovers with other food and lifestyle brands.

Cara says that research and professional advice have been infinitely useful in helping her get the store up and running. “Aside from industry professionals, I asked my friends and family so many questions, from logistics to branding, and I found this incredibly helpful.” For branding, they worked with BrandCraft and Unite Unit to create their interior design they worked with Unite Unit, to create an urban neutral aesthetic.

Aside from being incredibly healthy – Matchali emphasises zero refined sugar content and superfood additions such as tumeric and collagen powder – their beverages are also aesthetically pleasing. Customers love watching the process of the drinks being made and one of their most popular drinks to date is the Matcha Starburst, a colourful mix of mango, raspberry, pea-flower milk – and, of course, matcha – that’s fruity and satisfying, with a caffeine boost.

Matchali has also expanded its menu to include a selection of vegan pastry items, a cookie collaboration with Cookie DPT and snack creations with gluten and dairy-free snack brand Coco Paradise. Custom-made tins of matcha powder, as well as a home whisking kit, are also available for sale. While the Lis look for a suitable brick-and-mortar store for their permanent space, Matchali beverages are currently available at Landmark from now until October.