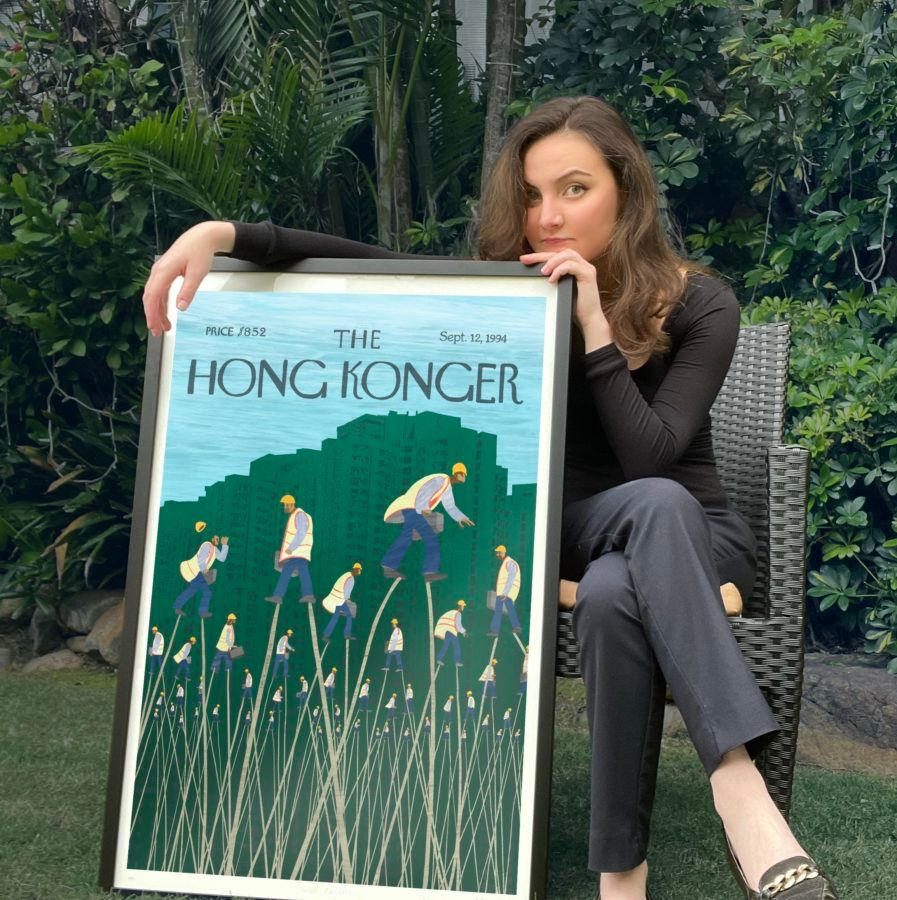 The art and process of conceiving and creating the objects we use, the clothes we dress in, and the buildings we live in and admire affect much of what we see and do. In this series, we rounded up seven local female designers – women whose work has enhanced our lives, and we think may do the same for you.

Below, we discover the illustrations of Sophia Hotung.

In Conversation With Sophia Hotung

Tell us a bit about your background. How did you get into design?

I graduated from university with a degree in English and a job in audit at an accounting firm. I always wanted to be a writer but thought that could wait while I pursued a corporate career. However, starting 2017, my autoimmune diseases began to grow unmanageable. I cycled in and out of hospitals and eventually got so sick that I became bedridden in 2020.

That Christmas, my mum gifted me an iPad so that I could entertain myself. I downloaded an app and started doodling, spending so many hours on it that I eventually and accidentally taught myself to draw. I started posting my works on Instagram and began building a following that has been steadily growing since.

Who are your greatest influences in your designs?

It goes without saying that The New Yorker magazine and its cover illustrators have a huge influence over me. I particularly love the work of Peter de Sève, Christoph Niemann, and Adrian Tomine. I grew up reading books illustrated by Quentin Blake, Brett Helquist, and David Roberts, so my illustration style takes on a reminiscent inky, hatching vibe.

Can you tell us about a design of yours that represents you as a designer today?

I’m best known for The Hong Konger. It’s an art collection I started as a joke when I saw Saul Steinberg’s New Yorker magazine cover View of the World from 9th Avenue. I saw a parallel between Steinberg’s cover and the generalisation that Hong Kong’s affluent expats are familiar with Central, aware of Kowloon, and dubious of the New Territories and whatever lies beyond.

I worked on a Hong Kong version thinking I could share it on Instagram and garner a few likes and laughs. However, during that process, I Hong Kongified other New Yorker covers and the concept snowballed to the point where The Hong Konger is now the design that represents me.

Creating the collection, which now consists of 90 or so designs and counting, is a way for me to explore what it means to belong to this city. Sometimes I feel as though my Hong Konger identity is tenuous — my Cantonese is poor, I’m only partly Chinese, and my disabilities stop me from eating certain foods and visiting certain places associated with being a “true Hong Konger”. However, what I’ve learned from talking to others about The Hong Konger collection is that I’m not alone in feeling a disconnect between myself and my home city.

Can you name a moment in your career that you’re most proud of?

I’ve wanted to be an author for as long as I can remember, so when I saw a display of my books in Bookazine for the first time, I felt an overwhelming sense of giddy glee.

I hid in a corner and watched people pass the stack of The Hong Konger Anthology books, wondering if anyone would take one. No one did, but one lady perfunctorily glanced its way, which thrilled me to no end. I wanted to go back in time and tell little 11-year-old Sophia, who half-filled all her notebooks with silly stories and doodles, that one day her own book would be the subject of a throwaway look in her favourite bookstore.

What exciting projects do you have ahead of you that you can share?

I’m currently collaborating on an NFT with Sophia the Robot and her friends at Hanson Robotics. All proceeds raised will go towards The Women’s Foundation Hong Kong.

I also am publishing my first illustrated children’s mystery book with K11 ARTUS this summer. It’s a 25-chapter crime novel set at K11’s art residence, and it follows the antics of two children out to thwart a heist. Growing up in Hong Kong, I used to wish that there were more tween and young adult fiction books set in Hong Kong, so this is me addressing Hong Kong representation in children’s literature.