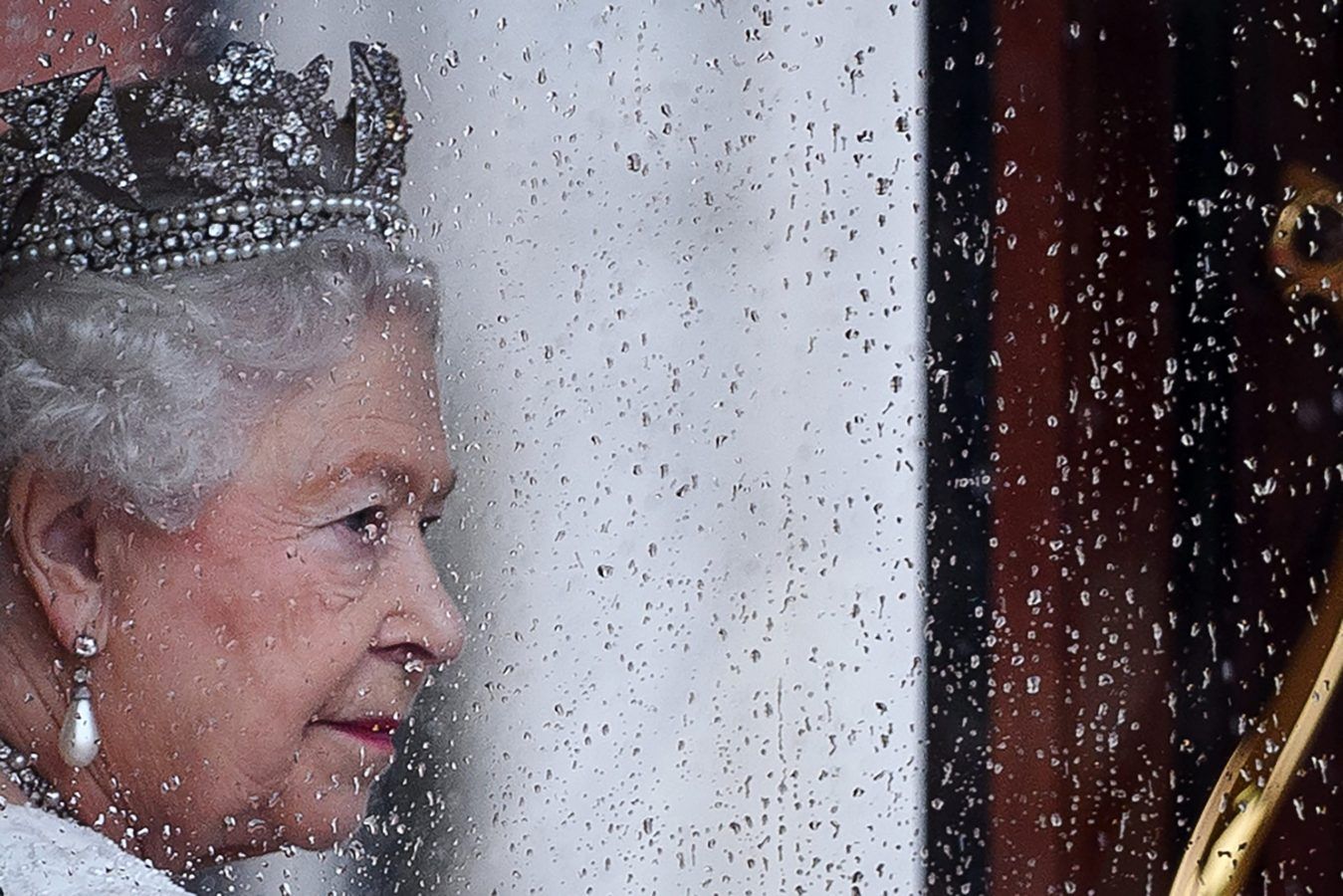 Queen Elizabeth II is dead. The longest-serving monarch in British history and an icon instantly recognisable to billions of people around the world, died on Thursday. She was 96.

Buckingham Palace announced her death in a short statement, triggering 10 days of national mourning and an outpouring of tributes to her long life and record-breaking reign. “The Queen died peacefully at Balmoral this afternoon,” Buckingham Palace said in a statement at 6:30 pm (1730 GMT).

“The King and The Queen Consort will remain at Balmoral this evening and will return to London tomorrow.” Now that Queen Elizabeth is dead, the eldest of her four children, Charles, Prince of Wales, who at 73 is the oldest heir apparent in British history, becomes king immediately.

The queen’s death came after the palace announced on Thursday that doctors were “concerned” for her health and recommended she stayed under medical supervision. All her children — Charles, Princess Anne, 72, Prince Andrew, 62, and Prince Edward, 58, flocked to her Scottish Highland retreat, Balmoral. They were joined by Charles’s sons, Prince William, and his estranged brother Prince Harry.

Two days earlier the queen appointed Liz Truss as the 15th prime minister of her reign and was seen smiling in photographs but looking frail and using a walking stick. One photograph of the meeting sparked alarm, showing a deep purple bruise on the monarch’s right hand.

The Queen is dead: A Seismic change

The last vestiges of Britain’s vast empire crumbled. At home, Brexit shook the foundations of her kingdom, and her family endured a series of scandals. But throughout, she remained consistently popular and was queen and head of state not just of the United Kingdom but 14 former British colonies, including Australia, Canada and New Zealand.

She was also head of the 56-nation Commonwealth, which takes in a quarter of humanity, and supreme governor of the Church of England, the mother church of the worldwide Anglican communion. But questions will be asked about whether the golden age of the British monarchy has now passed, how an ancient institution can remain viable in the modern era and whether Charles will command the same respect or reign in his mother’s shadow.

Television and radio stations interrupted regular programming to broadcast the news, with long-rehearsed special schedules set in place to remember her long life and reign. The national anthem, “God Save the Queen”, was played. Flags were lowered and church bells tolled to remember a woman once described as the “last global monarch”.

The national mourning period will culminate in a final public farewell at Westminster Abbey in central London. Charles’ coronation, an elaborate ritual steeped in tradition and history, will take place in the same historic surroundings, as it has for centuries, on a date to be fixed.

Elizabeth Alexandra Mary Windsor was for most of her subjects the only monarch they have ever known — an immutable figurehead on stamps, banknotes and coins. Diminutive in stature yet an icon of popular culture, she was instantly recognisable in her brightly coloured suits and matching hat, with pearls, gloves and a handbag.

During her reign, the royals went from stiff, remote figures to tabloid fodder and were then popularised anew in television dramas such as “The Crown,” watched by tens of millions worldwide. Her time on the throne spanned an era of remarkable change, from the Cold War to the 9/11 attacks, from climate change to coronavirus, “snail mail” and steam ships to email and space exploration.

She became seen as the living embodiment of post-war Britain and a link between the modern era and a bygone age. The mother of one of the most famous families in the world, she retained huge public support throughout, surviving even a backlash in the wake of the death of Charles’ first wife, Diana, in 1997.

More recently, the royal family was rocked by claims from Prince Harry and his mixed-race wife Meghan of racism in the royal family. She also endured a scandal involving her second son Prince Andrew, whose friendship with convicted sex offenders Jeffrey Epstein and Ghislaine Maxwell saw him settle a civil claim for sexual assault in the United States.

‘None of us will live forever’

Britons were jolted into recognising the beginning of the end of her reign when in April 2021 she lost her beloved husband of 73 years, Prince Philip, Duke of Edinburgh. Yet the palace had long recognised her mortality and the transition to Charles was already well under way. He, his eldest son Prince William, who now becomes heir, and his wife, Catherine, began to assume more of the queen’s official roles.

The coronavirus pandemic and her advanced years forced her into the splendid isolation of Windsor Castle, west of London. But from behind its stately walls, she remained a reassuring presence, popping up on video calls with members of the public. In a rare, televised address during the first lockdown, she recalled the “Blitz spirit” of Britain under siege during World War II that defined her generation. “We will meet again,” she said.

She cast off the shroud of Philip’s death and her enforced confinement to resume public duties, but age and ill-health forced her slow down. After a unscheduled night in hospital in October 2021 following undisclosed health tests, her appearances became rarer. “None of us will live forever,” she told world leaders attending a UN climate change summit soon afterwards, urging them to leave a legacy for generations to come. One of her last decisive acts was to settle an unanswered question for the succession, giving her blessing for Charles’ second wife, Camilla, to be called “queen consort”.

This story is published via AFP News.