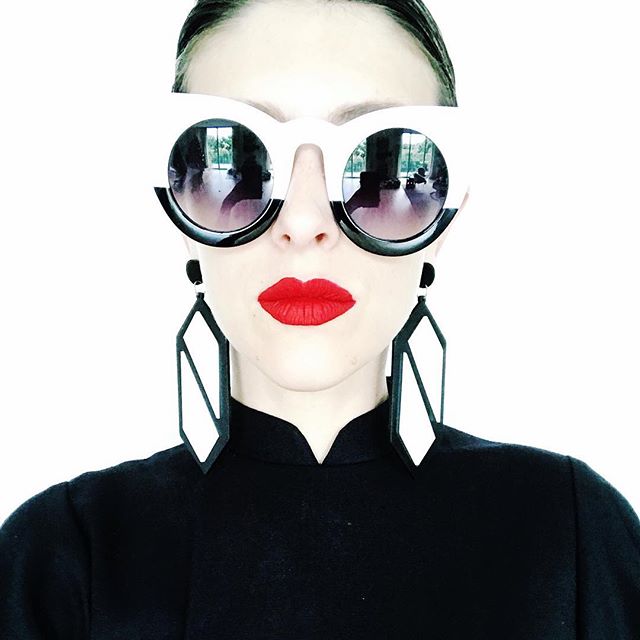 Rarely have we seen photographer Sabrina Sikora in a bad mood; she never raises her voice on set when technical aspects go awry, that beatific smile never leaves her when her subjects arrive late, she doesn’t break into a sweat when badly behaved models act out their clichéd petulancies on designer sets. Sikora’s often better dressed than anyone in the room – including the professionally styled model who’s waiting to be shot by her. With years of experience in front of the camera, and global experience in fashion capitals and campaigns behind her, she’s so savvy of the industry’s rigmaroles that we just had to find out how that smile remains.

Tell me about the first professional job you had as a photographer?

I started doing tests with new models and helping place them with agencies. After the girls started getting signed, the agencies started sending their new faces to shoot with me. I finally felt comfortable adding a price to that service. Soon after I was not only shooting the models but their school friends and siblings and… it just grew from there. Eventually the brands and magazines started hiring me. It’s still thrilling to see my work in print.

Have there been any major goofs on set?

I’ve been shooting for 15 years and in that time have had tough clients that drove me to tears (never on set!). Failed lighting, models getting covered in chiggers (tiny bugs whose sting lasts for weeks) and once, a model got bitten by a horse! I learned from all of these incidents, but there are things you still can’t control. That’s what reshoots (budget permitting) and releases are for! I back up my work again and again. I plan and prepare for shoots as best as I can but to a certain extent there will always be an unknown element where it all goes terribly wrong – or incredibly right. Sometimes that’s where the magic lies; the unknown.

When did you know that you wanted to pursue photography as a full-time career?

When I was 23, I was fed up with modelling as having to be sample size is a, well, the polite word is “chore”. I still love the industry though and I’ve had so many fun ideas for shoots. I’ve had a vast network of creatives and models to work with. I made the full-time switch from model to photographer in 2007 when I moved from New York to Hong Kong. That also really helped me to connect to the city and the people in it.

I started as a model when I was 14 – I shot up at that age. I stayed in school even though my agencies wanted me to home school. I managed to maintain an A average in IB/honours classes and be a JV, Varsity, and All Star cheerleader and participate in numerous clubs and school activities. I also volunteered and did beauty pageants in Georgia! This led to a full-ride scholarship at Wesleyan College where I majored in communications with a dual minor in psychology and photography. But work (and a boy!) soon led me to New York, and that’s where my real education about my career began.

I haven’t had many issues being a woman in the industry, except in one camera shop in Hong Kong. After lots of research, I wanted to buy a large high-end Nikon camera. I went into the shop to check it out and ask some questions and when I told the salesman that I wanted to buy it, he told me, “No! Because you’re girl and it will be too heavy”. I laughed and said “Look at me – I’m 6 feet tall. I’ll be fine.” He still said no! I went to another dealer and bought that same camera and was perfectly fine shooting with it for six years.

Why are there so few female photographers in the industry?

It’s so funny you say this because I mostly follow female photographers. Sure, most of the great names in fashion photography history have been men, but that’s changing. It’s a great time to be in fashion as it’s the most transparent and diverse it has ever been, and thanks to organisations like The Model Alliance models are getting access to safer working conditions.

I’ve been in the industry so long and from such a young age that it normalised a lot of the sexist comments. I learned to view myself as a product and not take things personally. It’s one of the few jobs where you can order a person up by their looks and specs so it becomes less personal from the moment a casting is held. As a model, it’s also one of the few jobs where women make more money than men. A lot more.

The best part is that I manage my days, take the bookings I want, and set my own schedule, which is interesting and constantly changing. Almost all of my friends are in the fashion industry and they’re some of the most fascinating, well-travelled, hardworking and creative people I’ve ever met. I also get to teach my kids about what I do, why I think it matters, and what to believe and not believe in the advertising that they see every day. The worst part… some clients forget you’re a photographer and mistake you for a magician! I can only do so much. That’s why the team is so important.

Who are your inspirational female photographers?

What advice would you have for young girls who are trying to break into the business or want to study photography?

Shoot, shoot, shoot! Get to know your gear and test with it as much as possible. That way, when your lights blow on a set, you know how to salvage the shoot. Back up your work at least twice over so when your hard drives (plural!) crash you have it on the cloud as well. Say yes to those you want to work with and no to those who you have a bad, gut feeling about. If your gut says no then listen to that.

And practical things, like carry a box cutter and a flashlight in your kit because you’ll need both and no one else ever has them. Make the model comfortable and let her/him rest and get food. Bring your own snacks and water and hide enough money on you for a taxi home in case your bag gets snatched when shooting in a seedy spot. Invest in a pop-up changing tent. Everyone will be happy about this. Be kind and don’t talk trash. Be uplifting to the model and crew. Make good choices and don’t complain about stuff that can’t be fixed. If it can be fixed then fix it. Say thank you a lot but stand up for yourself when you need to. Know your worth and value your time. Charge rush fees and have proper contracts. Play music that matches and/or sets the tone for the shoot. And for the love of God wear comfortable shoes – you’ll be on your feet for long, long hours.