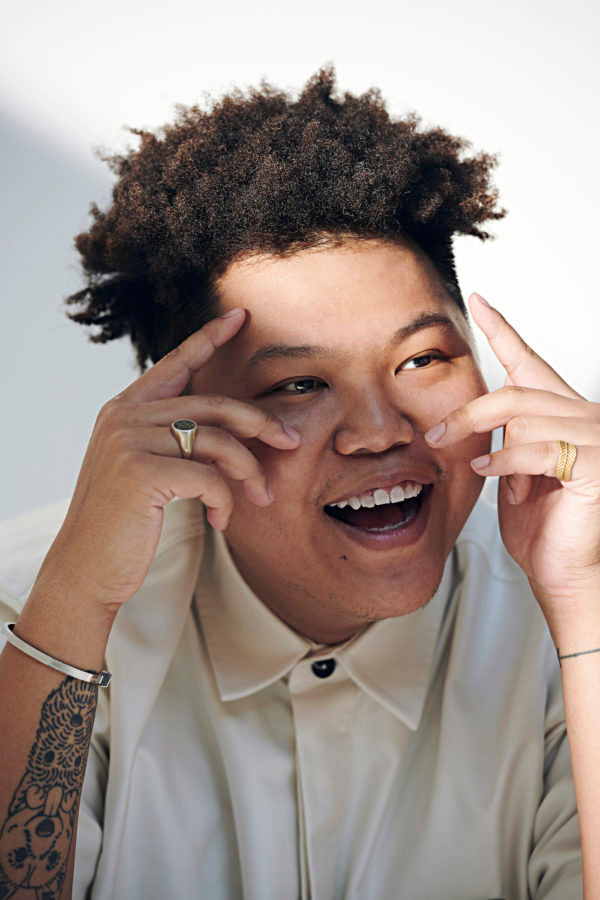 Although I was born and raised in Hong Kong I’d call myself an occupation nomad. My first job was working part-time in a radio station. I realised I had an interest in that industry and ended up joining Universal Music for a while, working on its online platform. I loved digital work, so I did a few more roles in different companies before ending up at Clockenflap, helping withits creative direction.

Covid-19 was a year of opportunity for me. All major events were postponed or cancelled, and I thought, well, maybe now’s the time to do something with my parents. My mum makes the best chilli sauce in the world. We always dreamed of opening a shop, but that was before e-commerce became a big thing. During the pandemic, we were all stuck at home together and my parents were driving me up the wall! That’s when we decided to do something productive together — and The Chilli Lab was born. It’s very small scale because we hand- chop everything, we fry and mix everything by hand. We’re definitely not at the scale of mass production, so there’s limited bottles in every batch we make.

The brand also proved pivotal for me, professionally and personally, as its inception and execution were what kick-started my foray into the film industry. It’s a funny story. Serendipitously I met two Hong Kong entertainment greats, Sandra Ng and Peter Chan, in a member’s club. We ended up chatting after a group dinner and I told them my story. They seemed intrigued — which is perhaps understandable, as my life journey hasn’t exactly been by the book thus far — and we had a great time. I didn’t think anything more of it until I got a text from Ng a few days later, asking
to meet up again, along with Chan and another entertainment veteran, Matt Chow.

To be honest, I can barely remember what I said in the meeting that day. I was too starstruck. I just recall Ng standing up and announcing that they wanted to adapt my life story into a movie. It was overwhelming. I’ve never taken on such a big project before. My scripts in previous attempts have been, at most, 20 minutes long. A feature film is a 90-minute script. Hundreds of pages. I then asked who’d direct the movie and Chan said, “Well, you’ll do it!”

When the meeting ended, I walked out in a daze. The first person I texted was my girlfriend, and she was stunned, too. I have no training in writing screenplays. I had to pretty much wing it. Ng and Chan were great mentors, though, and basically gave me a condensed masterclass throughout those six months of writing and editing. After the script was done, we had to do the actual casting and filming. Stepping into the role of a director for the first time was nerve-wracking. I watched a bunch of YouTube videos beforehand to try and emulate what a professional would do.

Then it was back-to-back days and nights of filming. It was intense, but I’m incredibly grateful to the team for taking a chance on me. The story centres on family. I’d say it’s about 60 to 70 percent accurate to my own life. The pandemic is also part of the storyline there — a success-from-adversity theme. It’s ultimately an uplifting story, and we hope that our audiences will be able to relate to the protagonist and his challenges, and that the takeaway will be that we are, indeed, resilient and strong.