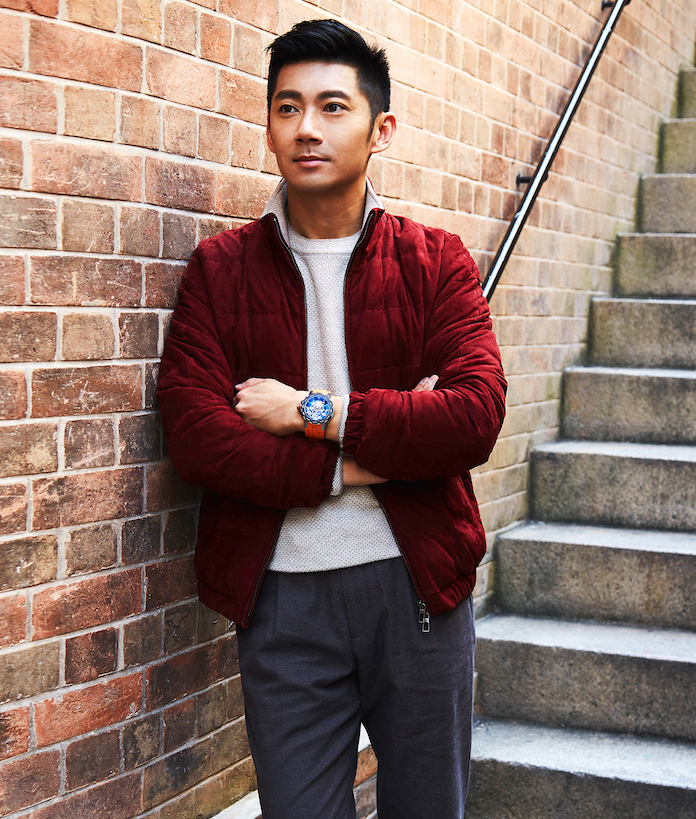 At age 28, Ho-Pin Tung made sporting history when he officially became the first racing driver with a Chinese licence to take the wheel of an IndyCar, by testing with the FAZZT Race Team at Sebring International Raceway in 2010. Since then, his career has had so many highlights and achievements that we don’t know where to begin, so that’s where we’ll start — at the beginning.

“From a very young age I was always attracted to speed and cars,” says Tung. “Usually, drivers start because of their father or family, but in my case no one in my family had any background in or knowledge about racing. That’s why I started in the sport very late — I was already 14 years old when I entered my first go-kart races.”

Born in the Netherlands town of Velp, and now living in Hong Kong, the Chinese-Dutch driver certainly made up for lost time. “The first racing car I drove was a Formula Ford, a chance I got through a talent-scout programme that I won, and I immediately ended the season as champion. I went on to win the Formula BMW Asia championship the following year and was awarded my first F1 test.”

As the chequered flags came down, so the victories came fast and furious. “In my first season of racing — in Formula Ford — it was a soaking-wet qualifying session at the Spa-Francorchamps circuit in Belgium — it’s considered a true ‘driver’s-circuit’ and one of the most beautiful and challenging tracks in the world. It was my first time there and I went on to qualify on pole position with a gap of almost two seconds to second place. In a sport in which we fight for thousandths of a second, that was light years.”

As the first Chinese driver to reach such a high level in the sport, the world’s eyes are on him. “I have many highlights in my career — five international overall championship titles and first Chinese driver in F1 — and I spent several years there in that position,” he says. “But my biggest and most special achievement is the win at Le Mans 24 Hours in 2017 with the Jackie Chan DC Racing team.

“Not only did we win our LMP2 class, but we also finished second overall, just behind the Porsche LMP1 car. With LMP1 cars being hybrids, having over 400 horsepower more [than we did] and more advanced technology, it was truly a race of David versus Goliath. In the entire history of the Le Mans 24 Hours race since 1923, never before has such a result been achieved. So not only did we write history by raising the Chinese flag on the podium for the first time, but we also achieved something nobody had ever done before.”

Those who don’t follow motor racing might nonetheless have seen the spectacular video of a Range Rover Sport SUV driving up the 999 steps of Tianmenshan in Hunan — you can find it on YouTube. “But,” says Tung, “not everyone knows it’s me behind the wheel. Again, a first ever and a fantastic project to be part of, with tens of millions of views on different social media.”

Currently competing in the World Endurance Championship for Jackie Chan DC Racing, Tung is in second place in the LMP2 rankings, with two class wins and a second place. “Besides that, I’m active for Jaguar Racing in the all-electric FIA Formula E championship as test and development driver, where I work on the simulation and development of their electric racing cars. I’m looking forward to the championship and returning to Hong Kong again in March next year [2019].”

As his daily driver around Central and Kowloon, Tung has a Jaguar F-Pace – and no, he’s never, ever had a speeding ticket. “Oh, maybe I shouldn’t have said that — I’ve jinxed myself now, haven’t I?”