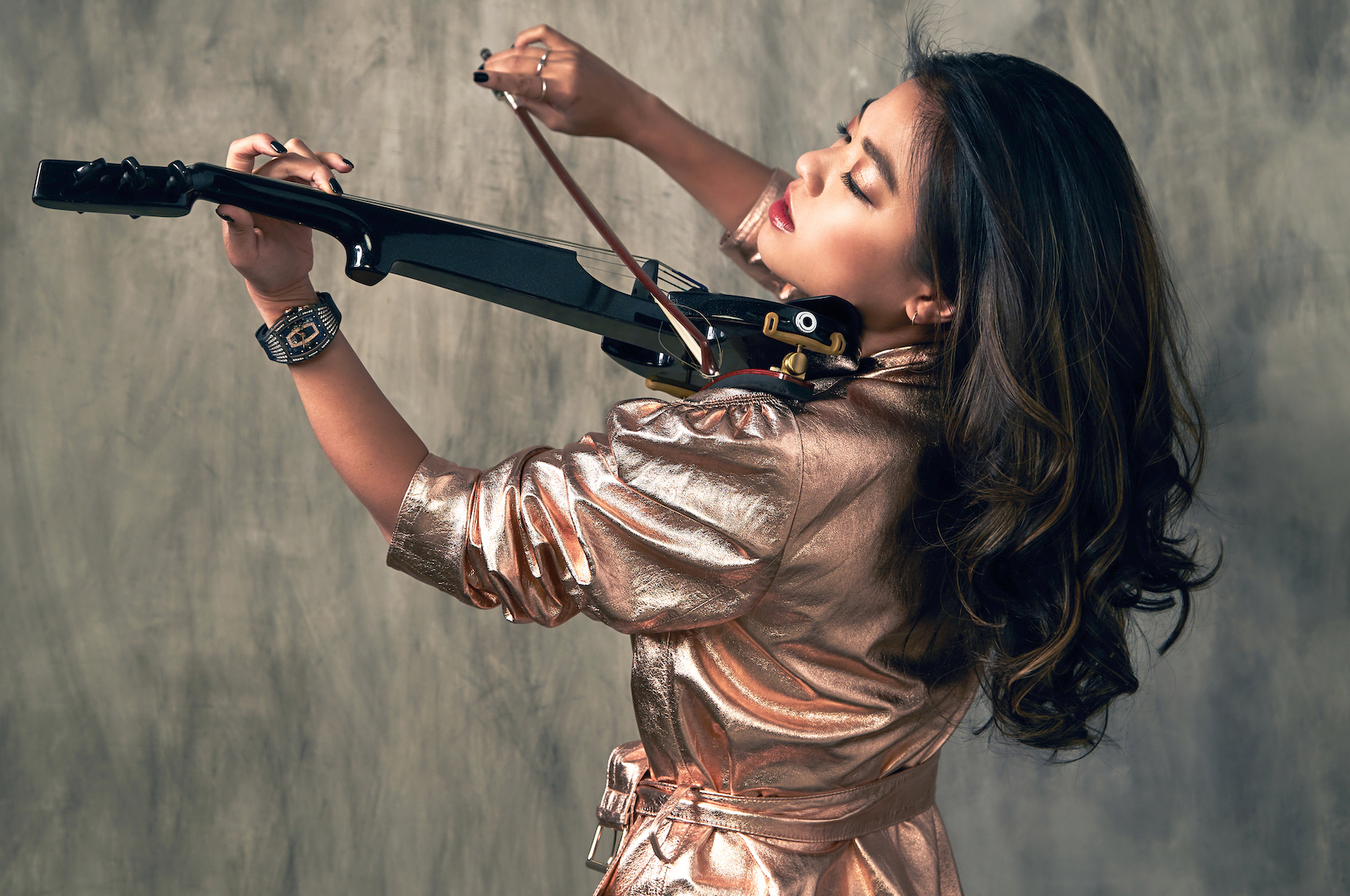 With a bachelor’s from Juilliard and double master’s from Berklee, musician Olivia Dawn is known for breathtaking talent on the violin, but to party-goers in this city that never sleeps she’s famed as that rockin’ DJ who combines live music with spinning into the wee hours. After one too many late nights this year, however, Dawn speaks of having an interlude. “I’ve been cutting down on gigs to work on music in the studio, writing and producing. I’m also preparing for my solo festival debut at Babylon Festival in Australia alongside some of my idols, which I’m pretty nervous about,” she says — but with that ever-present cherubic smile. “Long nights I don’t cope with very well, because I’m a morning person. Playing late is no problem though: once I start, I get into this zone. It’s the waiting part that kills me. So I usually take naps before my gigs and drink loads of juice. Vitamin C, baby!”

Dawn is a highly recognisable figure on the Hong Kong entertainment scene, having worked with many local artists and collaborated with emerging talents in the music biz, while at the same time being the go-to DJ for luxury-brand events and designer parties. At times it seems there’s but a handful of events in the city that didn’t feature her this past year. “I guess a surprising thing would be that I never prepare a set exactly in advance,” she says, looking over her year of engagements. “I always prepare a general selection and then mix the order as I see fit while reading the crowd, so everything is on the spot. I also don’t really drink much during my set. Usually ginger ale or, if I’m feeling really frisky, a G&T.”

She had the opportunity to set up home base anywhere in the US or Europe, but Hong Kong ended up being the city of opportunity. “Hong Kong is an amazing place to start my career because it’s a safe environment to try new things. I’m glad that I’ve spent the last two years here, connecting with my roots and with local musicians and DJs. It gives me a sense of identity and pride. However, I think that the dance-music industry is perhaps not as open-minded as that in Europe, as underground house music is still not
that big here yet.”

Dawn has plans to study further in London and Berlin, but what looms large on her mind is her EP. When asked what she wants to do in the coming year, she doesn’t skip a beat; “I’d like to try and hunt for more vinyl records in Hong Kong. I really need to work on my EP, four tracks to be released next year [2019]. I want to do fewer gigs and more studio work. I want to prepare a vinyl-only DJ set. Eventually I want to try my hand at an Ableton Live set,” she says before reaching her crescendo. “Lastly, I’d like to have at least one original track mastered and ready to play at Babylon Festival. Goals. I always have goals.”