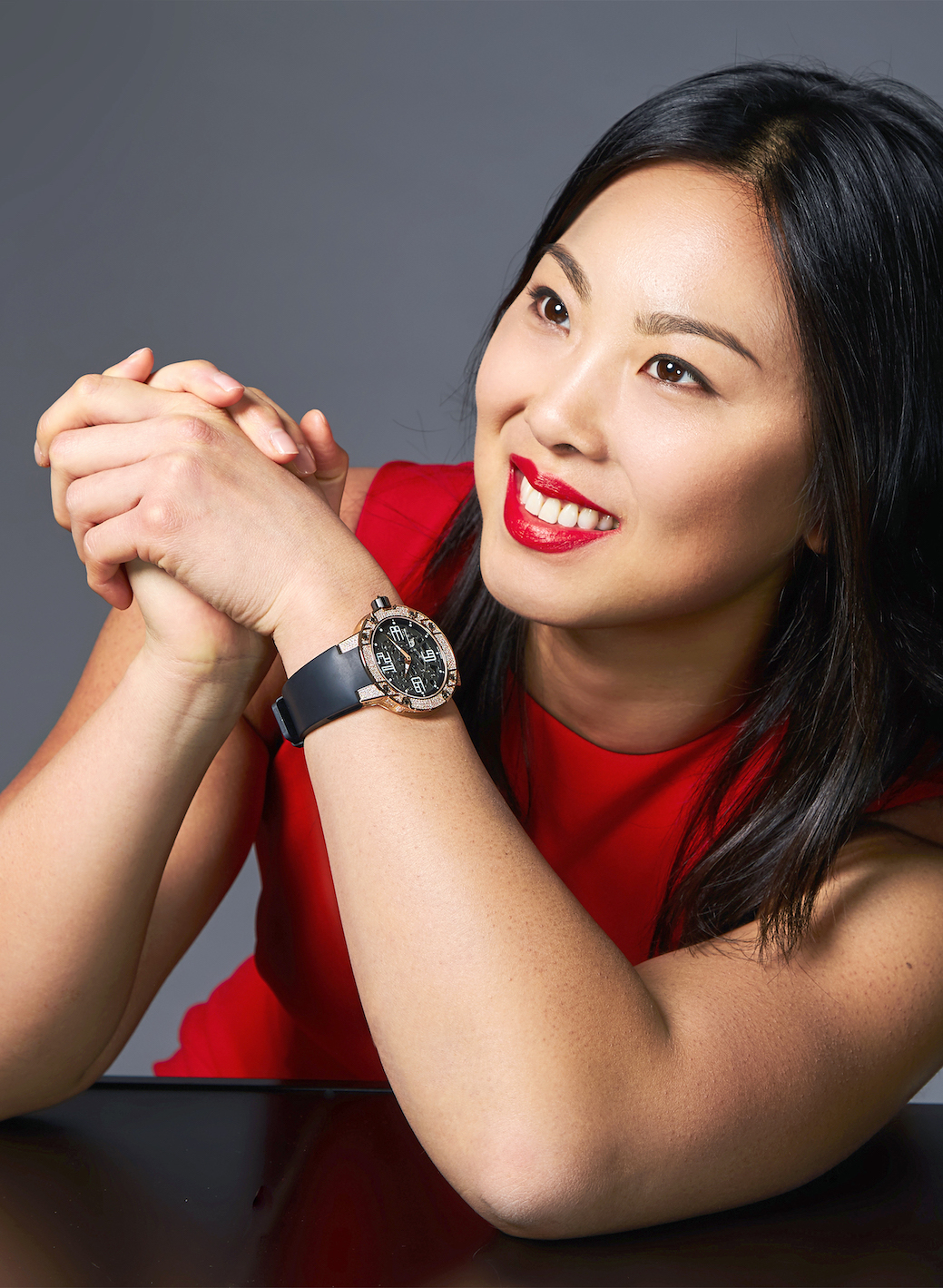 We’ve featured several high-powered women on this list, but when it comes to sheer grit and physical power, perhaps none to compare with Ramona Pascual. The professional mixed martial arts fighter and personal trainer is based in Hong Kong — that’s when she’s not travelling for competition. She is the first female to headline a fight card in Hong Kong and the first woman from Hong Kong to fight for an MMA championship title. She’s also the first person raised in our city to sign with a regional MMA promotion, Road Fighting Championship (the second largest MMA promotion in Asia).

“In muay Thai I hold the 63kg I-1 World Muay Thai Grand Extreme Champion title and I’ve also won a few international tournaments in Brazilian jiu-jitsu,” she says matter-of-factly, as our jaws drop.

However, it wasn’t all her titles and wins that grabbed our attention. All eyes were on Pascual during her riveting TEDx talk. “My topic of choice was fear management. As someone who lacked confidence growing up and throughout my experiences as a competitive athlete in high-risk sports, I’ve always questioned and tried to make sense of my relationship with fear,” she says. “I developed a deeper understanding of it over the last few years when I decided to walk away from a secure desk job to pursue MMA professionally. I’ve had to travel alone to immerse myself in training camps away from home for long periods of time, once in a place where I didn’t speak the language. I believe fear dictates every decision we make, no matter how big or small, and that managing fear can help us overcome adversity and lead us to our goals.”

Despite having a bachelor’s degree in business from the University of Southern California in LA, Pascual was always interested in sports. “When I started, in my primary school, they didn’t have a sports team for girls.” Which seems so improbable now, in 2018. No teams for girls? “Yeah! Back then. When I got to secondary school I started playing basketball and rugby competitively. At 16 I started muay Thai for fun and as a way to keep in shape during periods when I didn’t have school sports going on, with no intention of competing. In college, I focused on muay Thai; I only entertained the idea of competing when I turned 21.”

In the coming year, look out for her MMA fights, as well as her competing in the International Brazilian Jiu-Jitsu Federation World Championships in LA. “It would be a plus to have a couple of kickboxing or muay Thai fights in as well.” When in Hong Kong, she trains at Espada (a Brazilian jiu-jitsu gym in Sheung Wan) but when training for a fight, she heads to Thailand to train with Phuket Top Team.

With her followers and fans, Pascual is aware of the role-model status assigned to her and careful of what she says and projects. “At the end of the day, I strive to be someone my younger self could have looked up to for encouragement and inspiration. If doing so makes me a positive example for others, that’s definitely a bonus,” she says. “I struggled a lot with confidence growing up because I didn’t meet the expectations of society. I was never skinny enough or smart enough or talented enough. I found myself always trying to please others and trying to fit into a box that wasn’t for me. It wasn’t until I got into combat sports that I was able to take a close and honest look at myself, and realise who I was and what I truly desired. It’s been a long struggle to make sense of it all but I’m happy to say that I’m finally at peace and comfortable with who I am and who I hope to become.”

All competitive sports divide participants into winners and losers. Pascual finds failure nothing to be ashamed of, but rather a way to reignite one’s passion to continue. “Don’t be afraid to fail and learn; my message to young girls would be to explore interests and take on challenges, especially the ones that scare you. Most importantly, believe that you have the capability to overcome hard situations and achieve.”