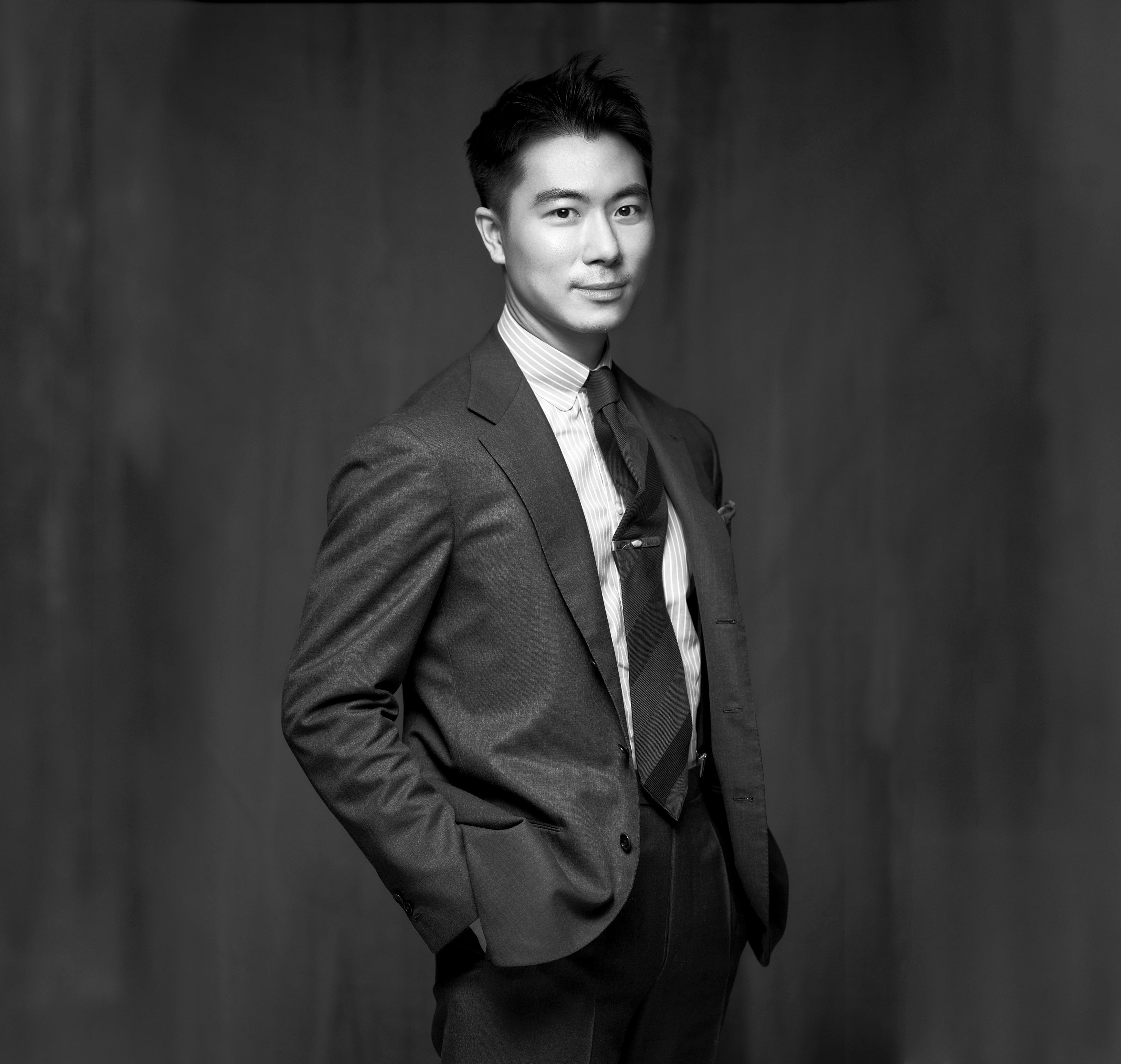 Bertrand Mak knows luxury, and he knows what he likes. So perhaps it comes as no surprise that the 37-year-old founded a luxury women’s shoe brand on, literally, a hand-gilded 24-carat gold leaf heel.
The accent became the hallmark of the R. Sanderson brand (originally an Asian offshoot of British shoe brand Rupert Sanderson, but now owned outright by Mak) and the driving force behind the young entrepreneur’s success.
“It’s something that’s so essential to a luxury brand, having uniqueness, and by chance I met a number of artists who did gold-leaf painting and I really pushed this idea of using gold leaf as a signature on the heel, because for heels the heel is really the soul of the shoe,” says Mak, who was born in Hong Kong and grew up in the United Kingdom. “So I pushed that through and it became the backbone of our business.”
Mak – who admits to an “obsession with detail” and an ongoing love affair with watches – went on to create another characteristic element with the pebble that adorns the toe box. He now works with artisans from around the world to turn each set into a work of art. “A lot of people are living that luxurious lifestyle, but not all understand the story behind a brand, or the time and effort that goes into a product,” he says. “For us, it’s about the craftsmanship, and working with different unsung heroes across the world.”
In the coming year, Mak hopes to introduce clients to these unsung heroes through a new atelier in the heart of Hong Kong. “We can fly in different artisans from all over the world to the lab, where it can act as a space for them to exchange ideas and showcase their skills,” he says. “‘Creating legends for tomorrow’ has always been the idea behind our brand, because in the luxury world today, people are drawn towards the brand name, but for us it’s the other way around. The product or the creativity behind it has to stand out.”
Mak is also using his luxury footwear for good, donating the proceeds of sales this year of his Alke range of “athelegant” footwear to End Child Sexual Abuse Foundation, a charity founded by [Hong Kong actress] Siao Fong-fong MBE.
“It’s not something groundbreaking that a fashion brand works with a charity, but working with a grassroots charity tackling a sensitive subject is relatively new,” he says. “The slogans [for Alke of] ‘Be Brave’, ‘Trust Yourself’ and ‘Believe in the Extraordinary’ really resonate with the idea behind the whole project.”
Besides, when asked about his goals above and beyond R. Sanderson, Mak says: “To make a difference. To leave a legacy of giving a damn.”