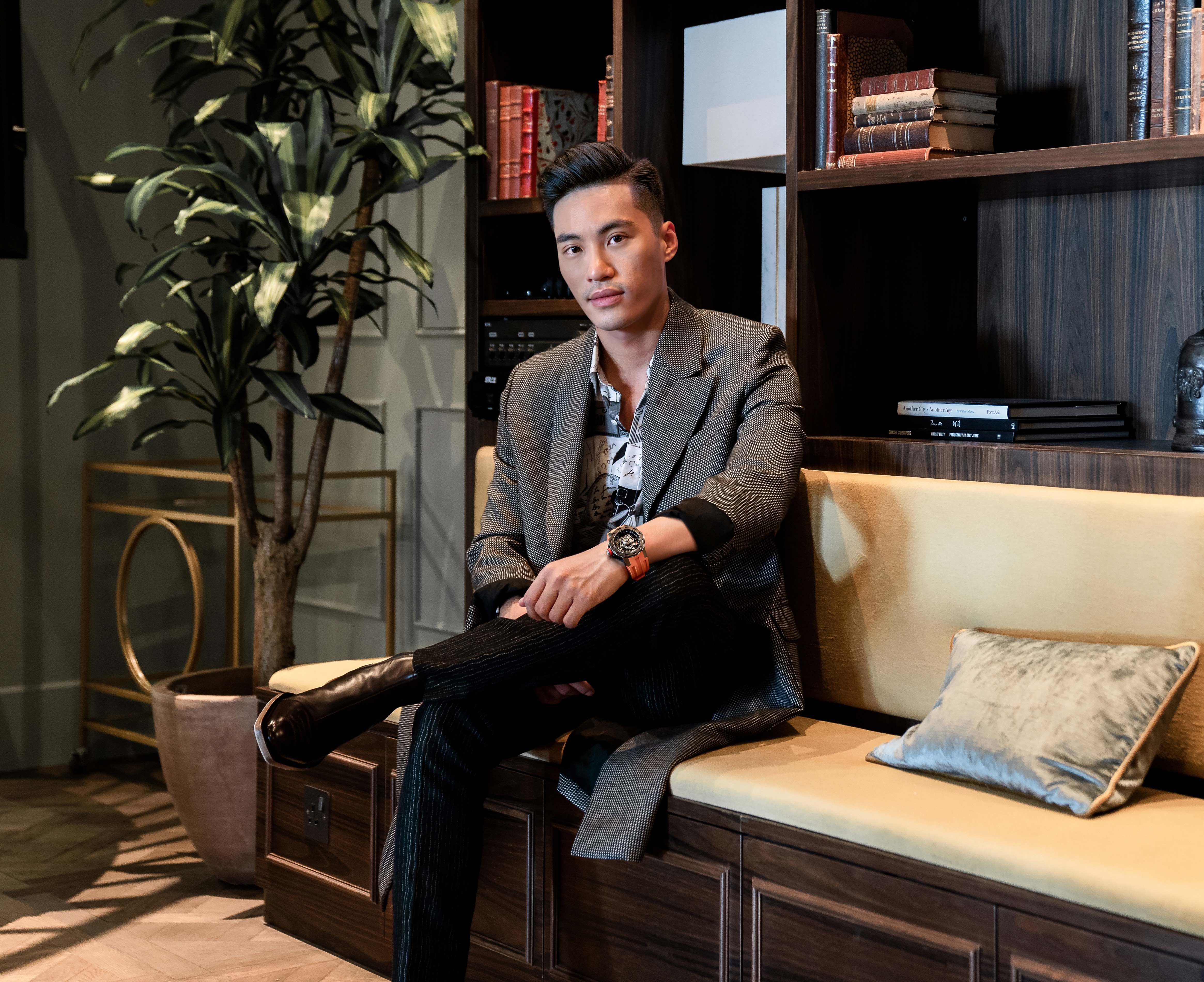 Loui Lim may look every part the high- flyer with his model good looks and glamorous, round-the-world Instagram feed, but make no mistake, this is someone who has his feet firmly on the ground.
“I love that my job takes me around the world and allows me to experience things that I would never be able to otherwise,” says Lim, who is executive vice-president for Genting Cruise Lines and vice-president of leisure and hospitality for Genting Malaysia’s land-based resorts.
Those “things” include counting down to the New Year not once, but twice in one night (in Sydney, then Hawaii) with Crystal Skye, the world’s largest private charter jet, rubbing shoulders with countless celebrities and dignitaries at dinner parties, and plenty of time at sea on board the company’s luxurious cruise ships.
Born in Australia, raised in Malaysia and educated in the UK – at the prestigious Harrow School and London’s Bartlett School of Architecture, no less – the 31-year-old is the grandson of the late Lim Goh Tong, the esteemed Malaysian billionaire who gambled everything he had to develop Genting Highlands into one of the world’s most successful casino resorts.
“My grandfather’s success story really resonates with me because it reminds me to work hard, stay humble and grounded, and of the importance of family,” says Lim, who looks up to both his grandfather and father, Genting Group chairman Lim Kok Thay.
“They have always embodied a ‘never give up’ attitude and constantly push themselves out of their comfort zone,” he says. “If a business opportunity came along that they weren’t familiar with, they would be sure to learn the relevant skill set in order to adapt to that business opportunity.”
His biggest takeaway? “Learn to be nimble and keep evolving. Change is the only constant, but it’s not just changing for change’s sake.” Since joining the family empire, Lim has been shifting its focus from gaming to travel, wellness and entertainment, as well as bringing new technology on board.
“Technology and personalisation of guest services has been a key focus of the travel industry,” says Lim, who’s been working on the 2021 launch of Genting’s Global class of cruise ships created specifically for the Asian market.
“These cruise ships will be among the world’s most technologically advanced using artificial intelligence, facial recognition, cardless technology and control functions through our smartphone app.” Oh, and did we mention the world’s longest roller coasters at sea?
Back on land, Lim is also working on Genting’s newest integrated resort, Resorts World Las Vegas – the first resort to open on the Las Vegas Strip in more than a decade (no pressure).
“It’s incredibly exciting to be part of such a monumental project when the industry benchmark has already been set so high, but I’m confident that we’ll be able to exceed those expectations while also providing something totally unique and exciting to Las Vegas,” he says.
With so much on his plate, it’s clear that Lim is definitely not just cruising through life. “As my grandfather would often say, there are no shortcuts to success, just hard work.”