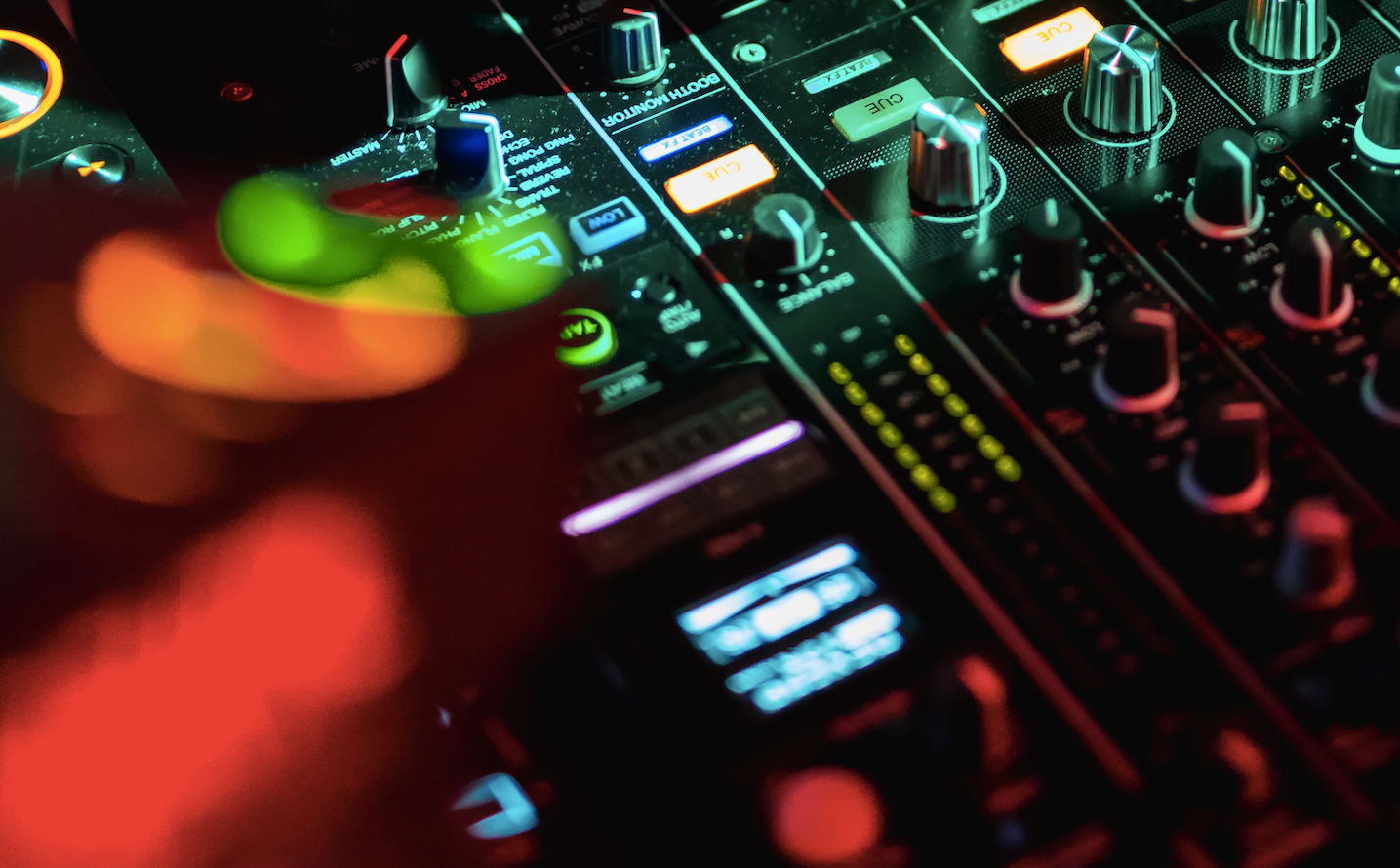 How diverse can electronic dance music really be? We find the answer after sampling the quartet of these genre-bending asian DJs.

“The rhythm of the music was precisely 120 beats per minute, the frequency of the foetal heart rate, and the same beat believed to be used by South American shamans to bring their tribes into a trance state,” said the American writer – and world’s sixth-most influential thinker – Douglas Rushkoff, in his lecture titled “Consciousness”. With dance music embedding itself as a crucial part of popular culture, DJs and music producers assume the roles of artists who define our collective leisure and, with it, dictate the ways in which the new coil of art and culture will turn.

Who’d have thought that reggae and dubstep made EDM bedfellows? The co-existence of the two genres inside a single track may sound like the hypothetical union between Aries and Pisces (which, according to astrologists and fortune tellers, is doomed to fail), yet if there’s one artist capable of pulling it off it’s Florida-born Henry Fong, who rose to prominence after remixing Dillon Francis’s “Without You” in 2014. Fong’s DJ career began in college after he saved enough money to buy a mixer and two turntables, and then endured countless sleepless nights digging through tutorials and enlisting the help of friends to learn the popular music-production software Ableton. Unlike many of his peers, Fong wasn’t groomed to be a music producer by Hollywood mentors. Instead, he began in Orlando performing weekly, four-day-long residences around local clubs. “I started DJing first and then stepped into production,” he says. His ultimate, dare one say, pièce de résistance as a solo artist is “Pica” – a short yet pungent mix of Caribbean and Latin sounds, layered over a colourful electronic confection with characteristic prominent sub-bass features. Think classic music-festival hit
– summery, fresh, and infectious. A month ago, Fong released, “Morena”, a new track that plays with Latino music tropes even more than “Pica” and essentially Fong’s love letter to South Florida.

In 2019, “Starry Night” soundtracked the underground nightclubs, the lofty ballrooms of techno capital Berghain and all the hottest beach raves in Europe. The visual and musical masterpiece – 90’s house mashed up with ’70s disco combo in a lush, saturated cinematic video – marked the transformation of its author, Korean Peggy Gou, from EDM debutante to international club-scene phenom. Before becoming Berghain’s DJ-in-residence and a Coachella regular, Gou was a London College of Fashion graduate, whose passions encompassed design, photography and styling. “The thing that stayed with me through all of this was music,” she later said. The Berlin-based Gou learned music production and cultivated her signature style which, despite the universal acclaim now surrounding it, took time to resonate within DJ circles, given the proclivity of the predominant players within the space – white men – to slap on an old T-shirt before the set and call it a day. Gou inhabits club music’s feelgood corner. “It Makes You Forget”, for example, is a tropical heatwave that feels as seamless and luscious in its production as it’s invigorating to the mind. The record is soft yet not mellow, with Gou’s vocals vibing and grooving with the beat, as if calypso stepped out of Homer’s poems and started making music. Two years prior to “Starry Night”, Gou met the late Virgil Abloh at the closing party for Stockholm Fashion Week, where both were performing. He introduced her to New Guards Group – the Italian luxury conglomerate that owns Off-White, AMBUSH and Opening Ceremony. “We see some of Virgil in you,” the executives told Gou at their first meeting. Bingo! By 2019, Gou’s streetwear brand Kirin, backed by New Guards Group, was retailing at Farfetch, HBX, YOOX and Lane Crawford. Beyond starry days and nights, Gou’s living – and sampling – the galaxy.

The concept of darkness pervades electronica, from the works of Skrillex to Swedish House Mafia. However, no DJ’s meticulously curated gloom could rival that of ZHU in its sex appeal. Chinese-American DJ Steven Zhu rose to prominence in 2014 with the release of “Faded”, a dance track with an acidic synth bassline, seductive distorted vocals and a simple keyboard composition that lends an elevated feel; it could be described as what it would feel like if a thick smoke somewhere in Parisian Castel became a record. In 2014, “Faded” was Grammy Award- nominated for Best Dance Recording. What many perceived as an overnight success was, in fact, the culmination of years of hard work. Zhu started as an audio engineer at Dim Mak Records (the Steve Aoki-founded label that represents Borgore, Zedd and The Chainsmokers), where he’s believed to have ghost written tracks for multiple artists – while working occasional gigs at after-hours locations around Hollywood. Unfortunately, his efforts weren’t recognised, and Dim Mak never allowed him into the ranks of featured artists. ZHU persevered. In the summer of 2011, he released the “52 to ZHU” project, whereby he created a new track from scratch every week for a year. Soon after, he caught the attention of music producer David Dann, who helped him release “Faded”. Ironically, ZHU chose anonymity as his brand, inspired by a desire to be judged by the music alone. His most recent tracks, while preserving the macabre undertones of earlier compositions, like “Moves Like Ms Jackson”, developed a luxe polish, which propelled them directly into glamorous nightclubs and the earphones of selected glitterati aspirants. Think gilt-edged dark avant-guardians.

As a base for their tracks, jazz is far from the first choice of DJs – that’s especially true now, with genres such as techno foregrounding the rave scene. Korean-American DJ, model and photographer Yuka Mizuhara, however, is anything but conventional. For a start, there’s that small matter of her older sister, the Japan-based model Kiko Mizuhara. Yuka Mizuhara, or Ashley Yuka, or just Yuka, as she moods her moniker, began mixing music in 2018; later that year – and aged just 23 – she was already performing at The Shoppes at Marina Bay Sands. In her performances, Mizuhara often uses groovy soul hits from the ’60s and ’70s, with occasional splashes of the ’80s, ensuring each is blithe, joyful and light. Although it’s hard to imagine Berghain ravers partying to Mizuhara’s tracks, jamming by the poolside with a margarita to the 46-minute-long mixtape she debuted at Agnes.b Japan could be quite a way to be-leisure a hot summer afternoon. West Coast is where Mizuhara is making waves currently. In April, she did a set at The Knockout underground bar in San Francisco and, a month later, she performed at the Visions festival at Clifton’s Republic, one of the oldest nightclubs in Los Angeles, alongside DJs Acyde and Rodaidh. Much like her tracks, Mizuhara’s philosophy challenges the conventional perception of the DJ scene. “DJing should be about mood,” she notes. “You can’t just bank on having the same tempo – that’s just too easy.” In 2019 Yuka appeared alongside sister Kiko and her parents in a special celebrity episode of Queer Eye, when the Fab Five travelled to Japan. There, the siblings spoke about how the pandemic forced them to stay in Japan, which both used as an opportunity to reconnect with their family members and each other. “Yukan” be unicorn, rainbow, the best version of your inclusive self, when you’re in the mood for Yuka.

Scan the QR code to listen to the playlist: