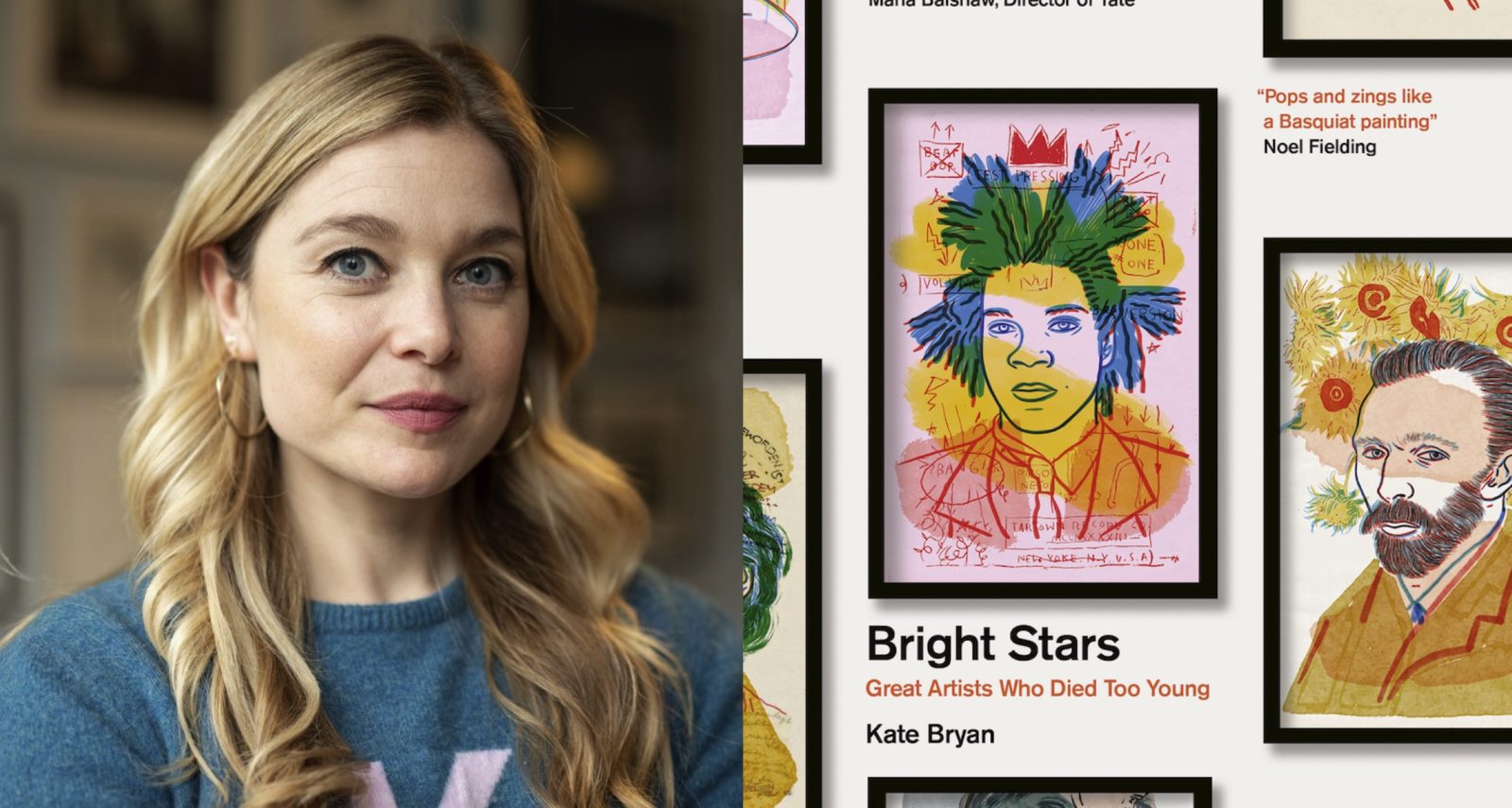 Kate Bryan’s new book Bright Stars: Great Artists Who Died Too Young exhumes some of the world’s great artists who shone briefly and faded just as fast. We delve into a fascinating tome, full of constant revelations.

Do talent and tragedy go hand in hand? As some of the world’s greatest and most-loved artists died painfully young, their narratives cut short by fate and circumstances, it certainly seems that way. Her second book on art and artists, the eloquent TV presenter Kate Bryan, often seen on Sky Arts’ hit shows Portrait Artist of the Year and Landscape Artist of the Year, has a new book, Bright Stars: Great Artists Who Died Too Young, which examines that very subject.

“The compulsion to write came because I was fascinated to learn why so many of my favourite artists died young and that they had such a short time to create what they did,” Bryan tells me on the phone from London. “I work in the contemporary world, I work with artists all the time and I know how hard it is for them to receive the attention they deserve to win over the collectors and museums to understand them. To build any kind of career takes decades and decades and decades.”

“And I was so amazed these artists were able to create a space for themselves in art history, even though they only worked for 10 years or less. How on Earth do we know who they are? Trying to find that answer, I realised there were so many artists that get completely left out of art history. That’s bad if you die young, especially for artists who are women or people of colour. Writing this book started out as a personal intrigue and then it became a real mission to try and help bring these artists back to the attention they deserve.”

Vincent van Gogh and Jean-Michel Basquiat have been mythologised by their early deaths, a key element in their posthumous fame. But what about Pauline Boty? Charlotte Salomon? Noah Davis? Who? Well, exactly. Names wiped clean on the palimpsest by shocking events and tragedy.

“There are artists such as Charlotte Salomon whom I’d like the world to know more about,” says Bryan. “She was murdered by the Nazis when she was in her early twenties – she was five months pregnant. Her work is so powerful – hundreds of watercolours, with text with music instructions – what you should listen to when you look at it. It’s part theatre, part comic book. It’s dazzling, dazzling work and she made it in order to save her life.”

“As a German-Jewish artist born in Berlin, it was never hidden. Although she was murdered, how she managed to get this work to safety before she died is incredible. She got it to her father, her father showed it to Otto Frank [the father of diarist Anne Frank] and it’s always been on permanent display since the Second World War – and yet no one knows who this woman is. It’s as if she’s been written out of history books, but the work never went away.”

In many ways Bryan is ensuring a legacy to those denied one: how do you secure a legacy for a woman who gives the world such a singularly important perspective in the 20th century about history, society, politics and art? “She suffered the cruellest of fates, and now [there’s] a double murder, as she’s been left out of our history.”

Picking up that same brush, Maria Balshaw, director of the Tate museums and galleries, says, “Bright Stars is a compelling reflection on the concept of legacy. Bryan’s wide-ranging assessment of artists we lost too soon proves that longevity in art is rewarded to the stars that burn the brightest, however fleeting their lives and careers.”

The chances of artists being famous seems so unlikely. Van Gogh was an artist for just 10 years and sold only a single work in his lifetime. His sister-in-law was his torchbearer, single-handedly saving all the work that now makes him among the most famous artists in the world.

“When you look at the work of Van Gogh,” says Bryan, “nearly all the work could have been destroyed, as the family had no money or space to keep them. Similarly, I look at the history of Gerda Taro, an amazing photojournalist working in the Spanish Civil War, who had an extraordinary insight into the conflict from a woman’s perspective. She photographed women and children during the war – all of those images, tens and thousands of film negatives were bundled away in a suitcase, given to the Mexican ambassador who smuggled them out of France during the war and took them to Mexico – but he dies without publishing them. Decades later, in 2009, his son finds them. These incredible, searing images. We nearly lost all of that – it’s just so easy for this stuff to slip through our fingers.”

Many in Hong Kong’s art circles are familiar with Bryan. Not only was she a curator at a local gallery for years, but she’s been popping in and out of the city as Soho House’s head of collections since 2016. Before that, she earned an MPhil at the University of Hong Kong, deep-diving into art history, a skillset she brought to her extensive research for the book. There’s an urgency and exquisite clarity in Bryan’s voice – for her, Bright Stars was a ‘passion project’.

“I started doing the research while I was in the hospital waiting for my daughter to be born,” she says. “Because I was stuck, I needed something to keep me sane and focus on research. It’s like a marathon runner, going from one thing to the next as I was working on shows for Sky Arts. I wrote most of it while I was on maternity leave. I started writing one day a week and it was just a lovely thing to have my baby girl Juno sitting on my lap while I wrote loads of the book. Two years later, here we are.”