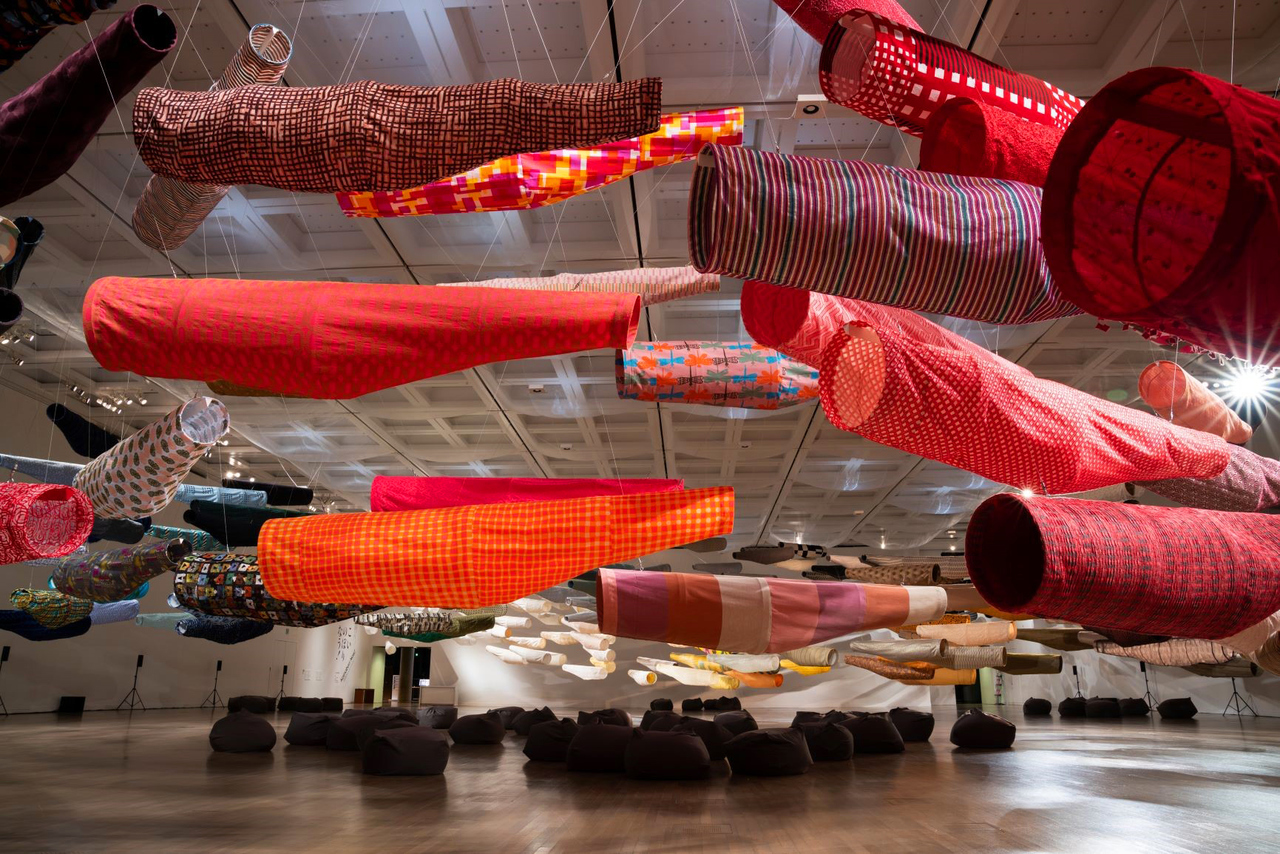 Has the Shock Factor Replaced Artisanal Expertise in Art?

Pursuits
Has the Shock Factor Replaced Artisanal Expertise in Art?
Share
Next article

In an art world obsessed with big ideas, one might be forgiven for believing that technique has taken a backseat to concept. How can a brushstroke – even the most masterful one mankind has ever seen – compete with the sight of a melting glacier placed in
the middle of a major European city, or a minute of fraught silence enjoyed opposite one of the world’s most eccentric performance artists, or even a cocky supermarket banana taped casually to a white wall?
And yet, while the greater public may not queue hours for a selfie opportunity with it, and the press may not dedicate yards of news column to it, art that’s more focused on technique than big showy ideas isn’t just the purview of craftsmen and artisans – not that the two are mutually exclusive, anyhow.

In a generation that’s fast becoming slave to the showiness of one-upmanship, a “slow” approach to creating art is becoming increasingly important, all the more because it’s increasingly rare. Take a peek at the much-debated ArtReview Power 100 list: top- ranked artists Nan Goldin, Hito Steyerl, Yayoi Kusama, Pierre Huyghe and Banksy are either there for their politics, or for their work’s ability conceptually to shock. Sitting at number 20, Theaster Gates is described as “The artist who does more outside the gallery than within”, while at number 24, Ai Weiwei is lauded not for his installations that incorporate, among other things, Chinese porcelain, but for remaining “newsworthy in a year that’s been quieter than most on the exhibition front … indicative that what happens in the studio is only half the story.”

How about the artist that does more inside the studio than out? There’s no doubt that the art game today is more about what happens in galleries and auction rooms, but don’t some collectors still care about process?
Glenn D Lowry, who incidentally ranks number one on the aforementioned list, appears to think so – as part of MoMA’s splashy relaunch last year, the museum’s director included within the opening programme a temporary exhibition called Taking a Thread for a Walk, with a focus on textile traditions. Similarly, the Whitney Museum has on show Making Knowing: Craft in Art, 1950-2019, which explores how some 60 artists, such as Eva Hesse and Robert Rauschenberg, were inspired by traditionally female-associated craft techniques.

Has this stateside interest played out in similar fixations closer to home? A year ago, when local revitalisation project The Mills debuted in Tsuen Wan West with its associated art institution CHAT (Centre for Heritage, Arts & Textile), the directors were careful in the naming process, choosing “textile” over “textiles” so as not to bind themselves into a discourse that involved only fabric art – an understandable distinction, but also a bit of a pity. As a result, exhibitions traverse digital, performance, conceptual – as well as pieces forged of cloth. Crafty artists, for sure, reckon in what is exceedingly well- considered programming – its winter exhibition featured an exhibition by Japanese textile designer Sudo Reiko of Nuno, a textile-design firm that’s been instrumental in combining traditional fabric techniques with advances in modern tech – but it’s still worth noting that the powers that be sought specifically not to box themselves in.

While the reason for CHAT’s breadth of programme arose from the definition of Nan Fung’s textile mills as manufacturing hubs, rather than centres of artisan genius, the newly launched Crafts on Peel wishes to place the spotlight purely on the myriad possibilities inherent in working with Chinese craft techniques. This not-for-profit creative venue was founded by Yama Chan, whose priority it was to “preserve and revive our traditional craftsmanship so that we can continue to celebrate our [past] and cultural identity”, she says. “Our history, traditions and heritage give us our identity and bind us together as a community with a sense of belonging. With rapid economic development and the onset of mass production, it’s all the more important for us to rescue our slowly disappearing heritage. To breathe life into traditional crafts, we encourage young artisans to learn the skills of traditional craftsmanship – and to find modern purposes for these traditional crafts.”

What this means, on a practical level, is finding masters of these rare skills – which range from the arguably non-artistic art of making bird-cages to those deft in guangcai, or Chinese porcelain painting – and connecting them with young designers and artists to encourage collaborations that take each party into happily unfamiliar territory. For its inaugural exhibition, for example, interior architect Lawrence Ting created a bamboo chandelier using techniques gleaned from fifth-generation family bamboo-steamer company, Tuck Chong Sum Kee.

In the last decade, for reasons beyond simply the political, Hong Kong has been in the throes of establishing its own distinctive identity beyond the label
of “Chinese” – and Crafts on Peel in this initial exhibition is tackling, in a broad survey manner, what exactly Hong Kong’s own artisanal crafts are, though many of these talents can be found in other cities. But forging this identity will take longer than the length of one show, and Crafts on Peel will zero in on individual skills in its subsequent programming.
“From Hong Kong, we will venture to other countries in the region in our next two exhibitions on the themes of Bamboo and Metal Works. Not only will we invite bamboo and metalwork artisans from countries such as mainland China, Japan and Taiwan to come to Hong Kong to exhibit their creations, they will also be staying and working at Crafts on Peel through our Artisan in Residence Programme, to collaborate with our local artisans,” says Chan.
In doing so, the differences between various cultures are more easily appreciated. Hong Kong artists have a nice history of spotlighting culture-specific motifs, whether it’s Stanley Wong’s appropriation of red-white- and-blue bags or Tang Kwok-hin’s vocabulary of quintessential Hong Kong scenes and ready-made items,but local craftsmanship? Not so much.

The conundrum remains, though, that much of the product of these craft collaborations remains terribly useful – not a problem when you need a new lighting fixture, perhaps, but there aren’t too many home-decor objects that make it to the floor of Art Basel, no matter how unique or beautiful.
What takes it to the level we call art? It’s probably a question people will never stop asking, and which can never be answered, but we’ll consider one final example, regardless, as we each come to our own inevitably futile conclusions.
CHAT’s choice, this winter, was to showcase the work of a textile designer, rather than a so-called pure artist. In the same vein, Marc Newson is known more for his usable wares – the industrial designer is beloved by brands both luxury and mass market and he’s designed everything from pens to boats to the Apple watch. As you might imagine, he’s done a chair or two at some point in his career – so what makes his most recent furniture collection worthy of not one, not two but three shows with super art gallery Gagosian?

Dark Orange Glass Chair, Marc Newson
It’s certainly not function – they might not be super comfortable, but one could definitely sit on these cloisonné couches. Given the scarcity of artisans familiar with the almost-forgotten Chinese technique, however, creating this collection meant finding the people and equipment to execute this craft on a sofa-sized scale (typically, this complicated enamel work is performed on teeny tiny things such as watch dials or ornamental vases) – Newson ended up creating his own cloisonné factory in Beijing, a process that took five years. The work is so intricate that to put out some thirty furniture pieces will give the factory years of future work. Does that make it art?
“People still struggle a bit with whether it’s design or art,” Newson says with a shrug. To him, the distinction is no longer important – there are design objects that cost lots and are one-off, just as there can be art that’s mass market and commercially available.

“Ten years ago, if you [saw] this sort of sculpture- stroke-art thing, you’d have imagined that in 10-15 years’ time, it would have been a new genre of work that really existed in its own right, but I haven’t seen that really. They still can’t get their head around what it is, and what that says to me is that it’ll just always be like that.”
And that’s just the way the world works – Ai Weiwei breaking an ancient urn will always make for a better story than all the other times he chooses
actually to make some pottery. The world can remain enamoured with headline-makers like Olafur and Maurizio, but in their own quiet way, many of these artisanally driven artists are also making their marks, as well they should.

Korean Yeesookyung’s bulbous sculptures incorporate Japanese kintsugi, in which cracks in damaged porcelain are repaired and highlighted with gold, and were just shown at Massimo di Carlo at the end of 2019.

One Step Forward
Also at the end of last year, Galerie du Monde displayed works by Wang Gongyi, which took traditional Chinese silk painting techniques into a new realm. Her work is currently on show in the gallery’s group exhibition 3E14, titled after the gallery’s booth number at the now- cancelled Art Basel, until April 18.

Just closed last month was the third Gagosian exhibition of limited- edition furniture by Marc Newson, this time at Tarmak 22 at Gstaad Saanen private airport in Switzerland. The show featured his cloisonné pieces, but also cast glass and Murrina works, using Venetian techniques adapted for use on a larger scale.