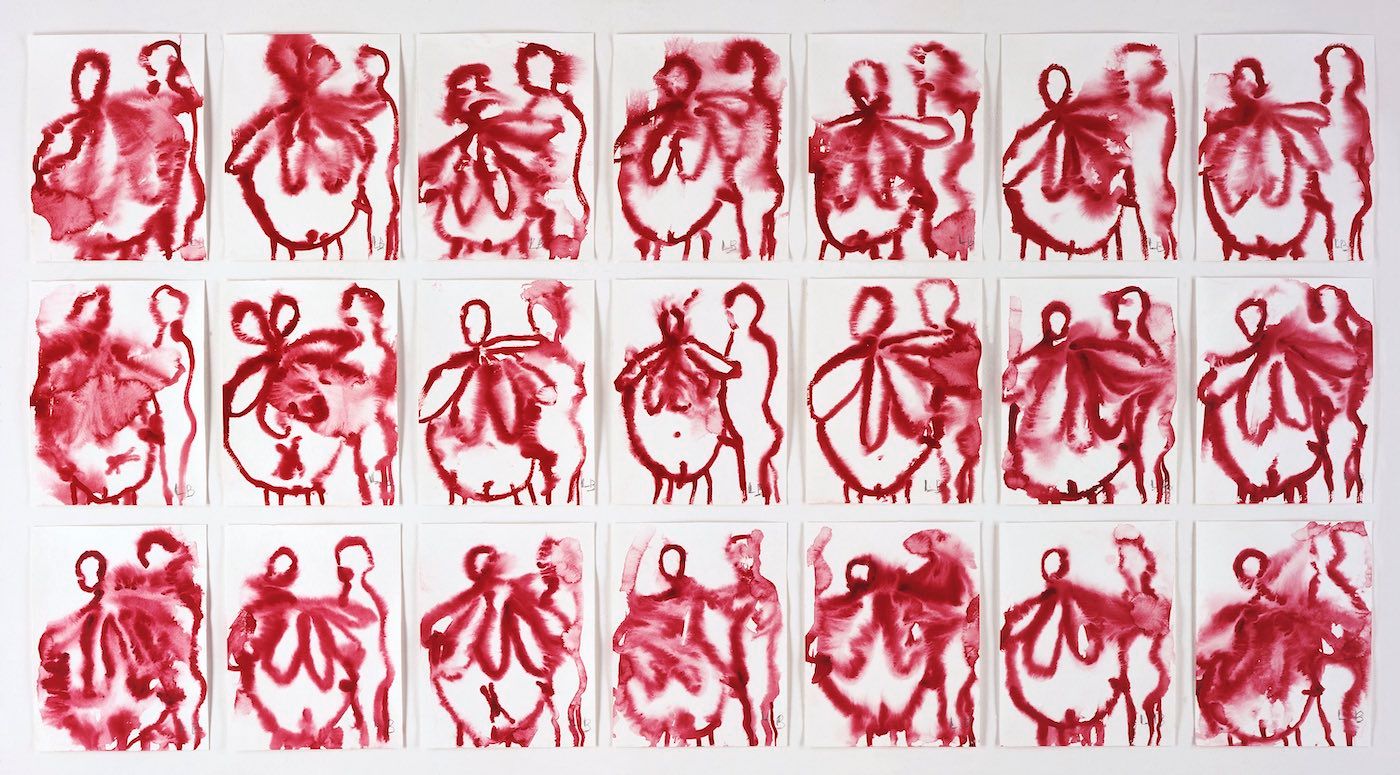 Since his appointment, Venters has contributed to the gallery’s digital expansion and implemented some strategies that reflect his experience in the luxury retail sector. One of his top priorities, he tells us, is sustainability.

We recently caught up with him to discuss his new role, NTFs and what to expect from Hauser & Wirth at Art Basel Hong Kong.

Can you tell our readers about your new role as Hauser & Wirth’s first ever Global CEO?

Hauser & Wirth has been in business for almost 30 years. It was started by a husband and wife, Iwan and Manuela Wirth, and they had never appointed a CEO before, so they very much just run the business themselves. I got to know them over the last three or four years, through some of their hospitality interests – they had this incredible hotel up in Scotland.

They thought that this was a tremendous opportunity to have someone to run the business to allow the founders the chance to concentrate on the relationship with the artists and clients and allow me to focus on the people and on the development of the organisation. And, of course, to respond to the new challenges of the future.

Iwan has been a great innovator all of his working life. He didn’t just want to get someone from the art world to come in and add another layer of experience in the art field, but he wanted someone who came from a different sector who could reflect upon how to do things differently and take learnings from an industry such as the luxury retail sector.

Have you always been passionate about art?

When I was 11, I started my first business, which I sold when I was 17 to go to London, (I was born in Scotland). When I was doing that, I thought: should I go to London, or should I set up an art gallery here in Scotland? I’ve always had a sense of appreciation of art, and a love for art and for culture just generally. I remember as a kid coming to London with my parents and going to visit the theatre and going to museums and galleries. So I’m no stranger to the concept of art and collecting. In my time at Fortnum’s, we ran a number of art programs. One of the artists we did a big collaboration with Zhang Enli. In fact, if you go into the Fortnum’s restaurant in Victoria Dockside you’ll see on the walls, some of Enli’s works we collaborated with him on at that time.

One of my greatest friends is Tracy Emin, the British artist so I’ve been in and around the art community and it doesn’t feel strange to be working in the art world.

You joined the gallery during the pandemic, a very difficult time for the art world and the world in general. What are some of the biggest challenges you had to face and some of the strategies you have implemented?

Because of my relationship with Iwan and Manuela Wirth, I’ve been working with them for two or three years even if I wasn’t the CEO during the whole of 2020, I was speaking to them almost every day, sharing thoughts and experiences about what needed to be done. 2020 was a remarkable year for the gallery to do two things: first, to recognise the power of the team on a global basis. In fact, quite quickly, everyone realised that the only way the organisation was going to survive and prosper, was to think about the business as one; number two was to pivot into a digital environment and leveraged the digital tools. There’s a team called the art lab team with developers, user experience experts, designers and programmers and they are very much constantly looking at the digital execution of the business. For example, Hauser & Wirth put together a really strong VR and AR experience, with visitors from all over the world having access to shows. It was fascinating to see the response of the media because journalists started to review a digital show. 2020 was all about engaging with our audience using digital platforms.

One of the earliest decisions I took, thanks to my experience from retail, was to give importance to the whole sustainability agenda, to make sure that the art community, collectors and the artists themselves would become increasingly more interested and more compelled to play their part in reducing carbon emissions. I feel very passionately about it.

That’s why I appointed a global head of environmental sustainability. We’re probably the only gallery in the world today that has a dedicated director responsible for our carbon footprints. And we’ve made a very clear statement to reduce them by 50% by 2030. I think I would have done it at some point anyway, but we accelerated the process and created that position within a few weeks of joining because it felt like a really important thing in a post academic world.

What do you think of NFTs?

People should really buy art because they love it, because they fall in love with something, but I don’t think that that has anything to do with value. I don’t know anybody in the world who would like to notionally buy something thinking that it will become less valuable. NFTs, and digital art more generally, are just another art form. For younger people, this is just another form of collecting and appreciating art in the digital space. What people are struggling to understand is that once you own something digital, you have to click on a file to bring it up and. That’s demonstrating a huge lack of imagination because, in the pandemic, we all already have digital lives.

How does the gradual return to art fairs feel?

From a physical fair perspective, the first one was Freeze, last week in New York, which was phenomenal. It had a pretty spectacular first day. I wasn’t there but nearly every collector in America, I think, arrived in New York last week. The hunger and desire to be back in the physical fairs was very evident.

One of the words that we’ve kind of coined is phygital. Our life is always going to be a combination of the physical and the digital. There are things that will continue to only do digitally. Right now, of course, there is a lot of excitement to have physical experiences and Art Basel Hong Kong will be no different. There’s a lot of energy.

What can we expect from Hauser & Wirth at Art Basel HK this year?

We’ve had a number of new artists joining the program. You’ll see works from Cindy Sherman, from British artist Frank Bowling, who’s new to our program, and Gary Simmons.

There’s also going to be a debut piece of work from The Blue Painting series by George Condo, who’s doing a show at the Long Museum in Shanghai, as well as works by Pipilotti Rist, Roni Horn and Louise Bourgeois. I think it’s quite an exciting program, we have some fantastic artists for the fair in Hong Kong. I think it’s going to be successful commercially but I think it’s also going to be really interesting because people will want to come and see.

Can you share with our readers some exciting new projects you have been working on?

We’re opening two new spaces. one in mid June in Monaco, which is a beautiful new space right in front of the Cafe de Paris and with a great outside space where we’re opening a show with Louise Bourgeois. The second one is on a beautiful little island, Isla del Rey, off the port of Mahón in Menorca, which has been developed over the past couple of years. In a post-Covid world, we like this idea of being able to go and visit art in a very outdoor space and close to where people enjoy their leisure time. The inaugural show is with LA artist Mark Bradford.