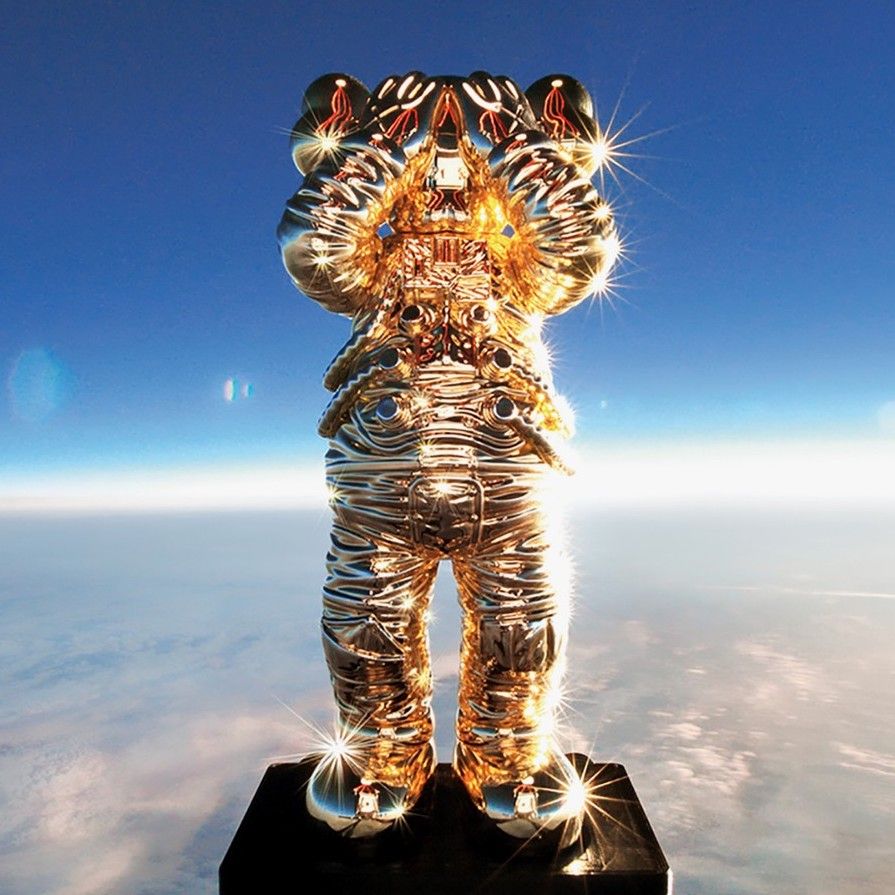 Pursuits
Here’s How to Get Your Hands on ‘KAWS: Holiday Space’ Companion Figurine
Share
Next article

Following Seoul, Taipei, Hong Kong and Japan, KAWS: Holiday travels to out of this world for its fifth stop.

American artist KAWS has teamed up with AllRightsReserved to present The KAWS: HOLIDAY SPACE to celebrate Companion’s 20th anniversary. “I decided to work on a project with @ARR.AllRightsReserved where we would send one of my sculptures 41.5 kilometers (136,296 feet) up into the stratosphere.” KAWS stated in his Instagram post.

The whole space journey took about eight hours, including preparation for lift-off, departure to landing, and was recorded with a 360-degree panoramic video camera. “So many projects have been cancelled this year. I wanted to create one that could be experienced safely from home,” KAWS mentioned in a press release. “Because this year marks 20 years since I created Companion, I tried to find a way around all the restrictions and do something special. I felt so confined the past few months that creating a project like this has really given me a chance to escape.”

The newest 11.5-inch figurines (available in gold, silver, and black), will be available to purchase for HK$2,980 exclusively AllRightsReserved starting on August 17 at 10 p.m. EST. Be sure to mark your calendar.

Society Editor
As the society editor, Tiffany only needs two things in life: Google and unlimited data plan. In between back to back events, business lunches and deadlines, you can find her at the yoga studio, trying to burn those extra calories off from all the champagne and canapés.
Wellness Society events beauty