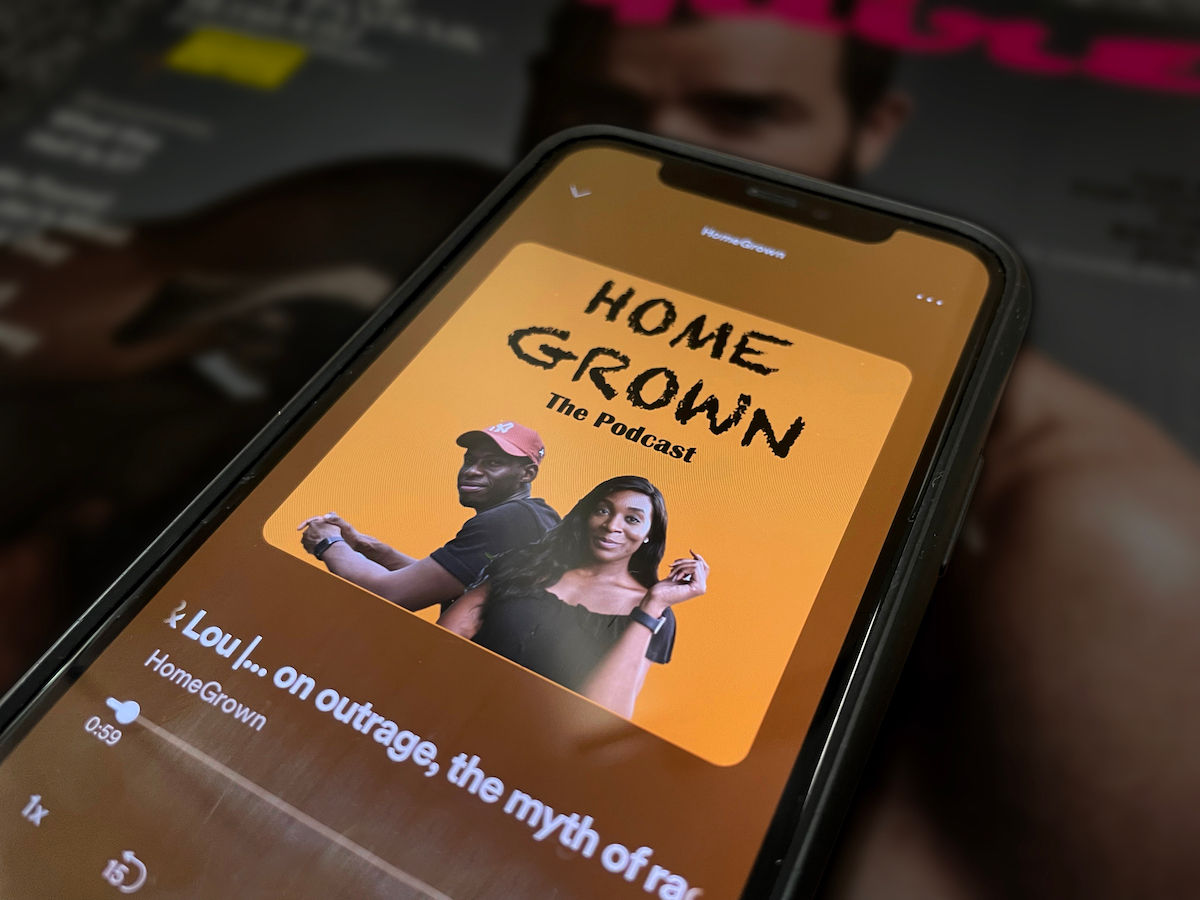 Pursuits
HomeGrown: the Podcast That Redefines What it Means to be Black in Hong Kong
Share
Next article

During the 45-minute-long episodes of their Hong Kong-based podcast, hosts Marie- Louisa Awolaja and Folahan Sowole – aka “Lou” and “Fantastic Fo” – question their guests on subjects that span from the personal and theoretical to the professional and amusing. Entertaining stories and relatable anecdotes are at the base of HomeGrown, which was launched by the two Nigerian- British millennials last year to inform and inspire fellow black expats in the city and help create a sense of community.

In each episode, Awolaja, a race-strategy implementation manager in a legal firm, and Sowole, who works as a business development manager, deal with timely themes such as racism and representation through accessible and yet informative conversations. They tell me that empathy and curiosity, which are two concepts that shine through in of the many hitherto-untold stories that podcast airs, are at the very centre of progress and inclusion.
As they wrapped up the second season of HomeGrown, I talked to the two hosts about their podcast, their experiences as black expats in the city, and changing perceptions in Asia.

Why did you create HomeGrown?

AWOLAJA: There’s a bit of a PR problem, so to speak, when you think about the representation of black people in the media, especially in Asia. In many cases, people have never met a black person. So they’re curious. Or, if the only exposure they’ve had to the black community is through media, especially American, where the community is often portrayed negatively, the perception is definitely influenced by it.

Here in Hong Kong, there are many black people who excel in their fields and come from so many different backgrounds, and who do many different things. They’re here in spite of all the potential issues and in spite of fear – when they want to travel somewhere, a lot of the time the first thought is, are they racist there? In HomeGrown, we really wanted to showcase that there’s no single narrative, that everyone’s experience is so different and everyone’s background is so different.

How did you come up with the idea for the podcast?

SOWOLE: We were at Lou’s house – it was me, Lou and another friend. And we were talking about how, when we all came to Hong Kong, we didn’t really know what it was gonna be like. Before I moved, I’d gone on Instagram and searched the hashtag “black expats in Hong Kong”, trying to see if there was a community or there were many black people here at all. And nothing came up, it was all just black people on holiday. So I came here a little bit blind – I didn’t have any friends here. If you’re coming here with a UK or an American company, a lot of the expats in the offices will give you guidance based on their experience. And it’s slightly different in terms of where to get your hair cut, for example. So we thought it’d be good to have a utility that supplied that. Something that you could go to and would give you an idea. And at the same time, we really wanted to showcase black excellence.

From the beginning, we came up with a mission statement. We did a few drafts, but we ended up settling with “inform, inspire and entertain”, which really reflects what we do.

Did you create the podcast with the intent of engaging with locals and encouraging conversations on race?

A: At the beginning, in terms of the foundation of baseline, it was for us, by us. I think it’s important that there’s something that’s put out there by black people that other black people can listen to around Asia and the world. But it’s also important for non-black people, especially those never had exposure to the black community or don’t know what’s going on. And obviously, in looking at the wider landscape at the moment, if you think of everything that’s happened in the wake of George Floyd’s murder last year, it felt like a lot of people in the non-black community were a lot more open to learning. So far, the podcast has been quite a useful tool for a lot of those people. We’re really happy about that. We like the fact that there isn’t one audience, that it’s accessible to everybody.
On the other hand, I think the impact of the Black Lives Matter movement hasn’t been as profound as it could have been, in terms of the amount of people who’ve actually made an effort to empathise. But with everything that happened in the past year and a half, broadly speaking, it does feel as if we all have a little more empathy, perhaps because we’ve had more time to listen to each other and to see what’s going on in front of us. People are definitely a lot more open to having conversation. It’s promising.

How would you describe your experiences as black expatriates in Hong Kong?

S: My experience here has been one of privilege. I haven’t had any sort of overtly negative experiences because of my race. At work, everyone’s really friendly. You still get ignorant comments from time to time, but with no malice behind them. Most of my struggles here have mostly to do with the fact I miss things that make me feel at home.
In the UK, there’d be many more incidents related to race. I went to school in Yorkshire and had a lot of negative experiences.

A: At work, I feel my race a lot less than I did in London. I feel a lot more comfortable. I feel like my voice is heard a little bit more – maybe that’s because the office is smaller or because I’m an expat, which in itself carries a lot of privilege in Hong Kong. When I open my mouth, people listen regardless, whereas in London there are a lot more nuances, given that I also work in the legal industry. So that’s been a positive.
Because the community here is smaller you do have the potential to stand out, and that’s a double-edged sword. I often feel like I’m under a microscope. And for me, personally, I do carry that burden of feeling like I’m representing my race and my country. I need to always be 100 percent and a positive role model in whatever form. That can create a lot of pressure.

Why is it so important to tell the stories featured in HomeGrown?

S: One thing I’d like people to take away from listening to the first two seasons of HomeGrown is that things are different from what they often appear on the surface. Sometimes you think you understand a situation, but you don’t. You should listen and realise that you don’t actually understand. Maybe, you still won’t understand after listening.

People are different, their experiences are different. What we need to foster is curiosity about individuals. And I think that that lack of curiosity is what causes judgments and prejudice. In general, we don’t ask enough questions and that’s why it was important to ask so many in the podcast. If you loved one person’s story in an episode and you found that interesting, then the next person is also going to be interesting, and very different.

I think it’s also important to remember that it’s generally a myth that humans are so different from each other. You’ll realise that there are so many more commonalities than differences in peoples, cuisines and places when you start exploring a lot.

What’s next for HomeGrown?

A: We’ll definitely do more episodes in Hong Kong, because we’ve had a great response. Eventually we’d like to expand to the rest of Asia,, to hear about Korea, Japan and many other countries. I think it’s important, going forward, that we highlight more people from different communities. For example, the LGBT community, ask questions like, “What’s it like to be black and, say, gay – here, or in Korea?” I just think there are so many more profiles to delve into and explore.

Mainly, we’d like to continue our work to shift the narrative from the perspective of being just victims. We’ve experienced uncomfortable situations as a community and we still do, but our message as a podcast is to show how dope we are and to highlight the amazing community we’re building. In the future, I wouldn’t want to suppress that message.