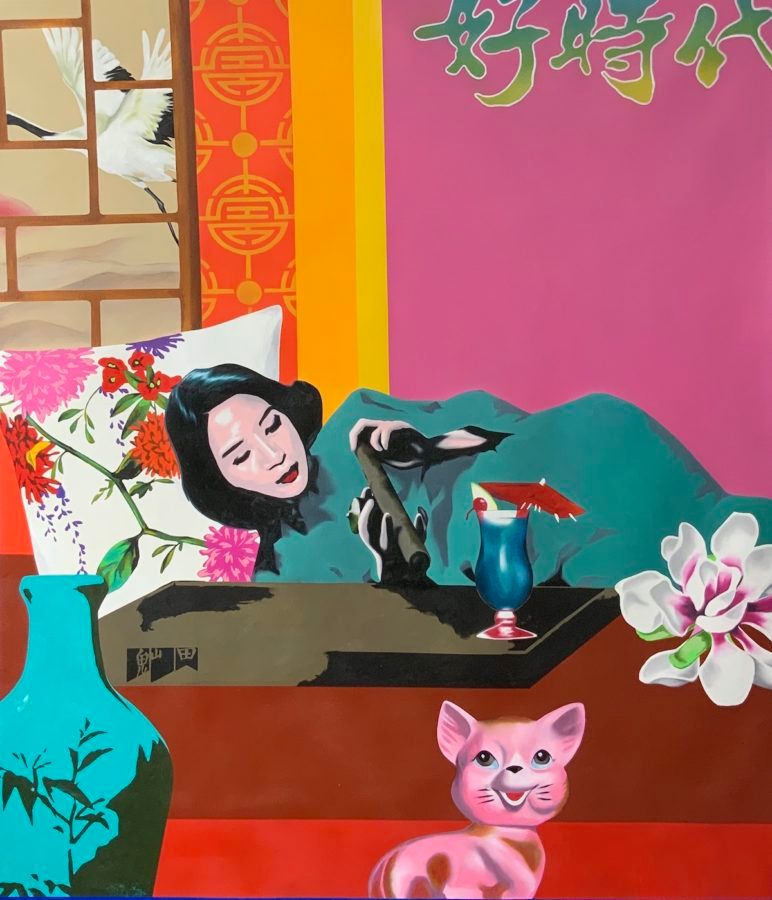 In a firmament sparkling with creativity, what would normally have been the colossal task of identifying artistic stars worth observing has been made easier now that — for better or worse — everyone’s been grounded. We zone in on 12 local talents, from rising to established. Today, GhostMountainField tells his story.

My motivation and intention to make art is simply because I’m not good with words, so I create images to communicate.

I have lots of heroes. Art-wise, I enjoy the works of Jeff Koons, Tadanori Yokoo, Yoko Ono, Giuseppe Castiglione, Gilbert & George, Cindy Sherman and Orlan. Over time, I realised that pieces I dislike inspire me just as much as those I like, if not more. However, I think the biggest influence on my work would come from everyday objects and images; I can sometimes spend hours in book or record stores just looking at covers designs.

I would categorise my works as Pop Art. The subject matter of my work varies depending on what I want to share at that point in my life. I was raised in Hong Kong during the 1980s, when the Sino-British Joint Declaration was signed, and people started leaving or consider moving. It then became a significant time when citizens began to be aware of and question their own identity, and I think that movement has really influenced my work as a whole. An artist wears many hats: a historian, a reporter, a messenger, healer or even an entertainer.

My work has become more personal over the last few years. Growing up and living in a city makes it very easy to fall into a certain way of thinking and living, so I grew up comparing myself with the social standard a lot and was quite distanced from my surroundings. After living by the words, “Be true to yourself and accept who you are, because you only experience life once,” I’ve learned to be more comfortable with injecting my voice and personality into my pieces.

GhostMountainField is represented by Odds and Ends. He’s currently collaborating with Soho House Hong Kong to create five murals in its Soho Friends Studio, to be unveiled this month.