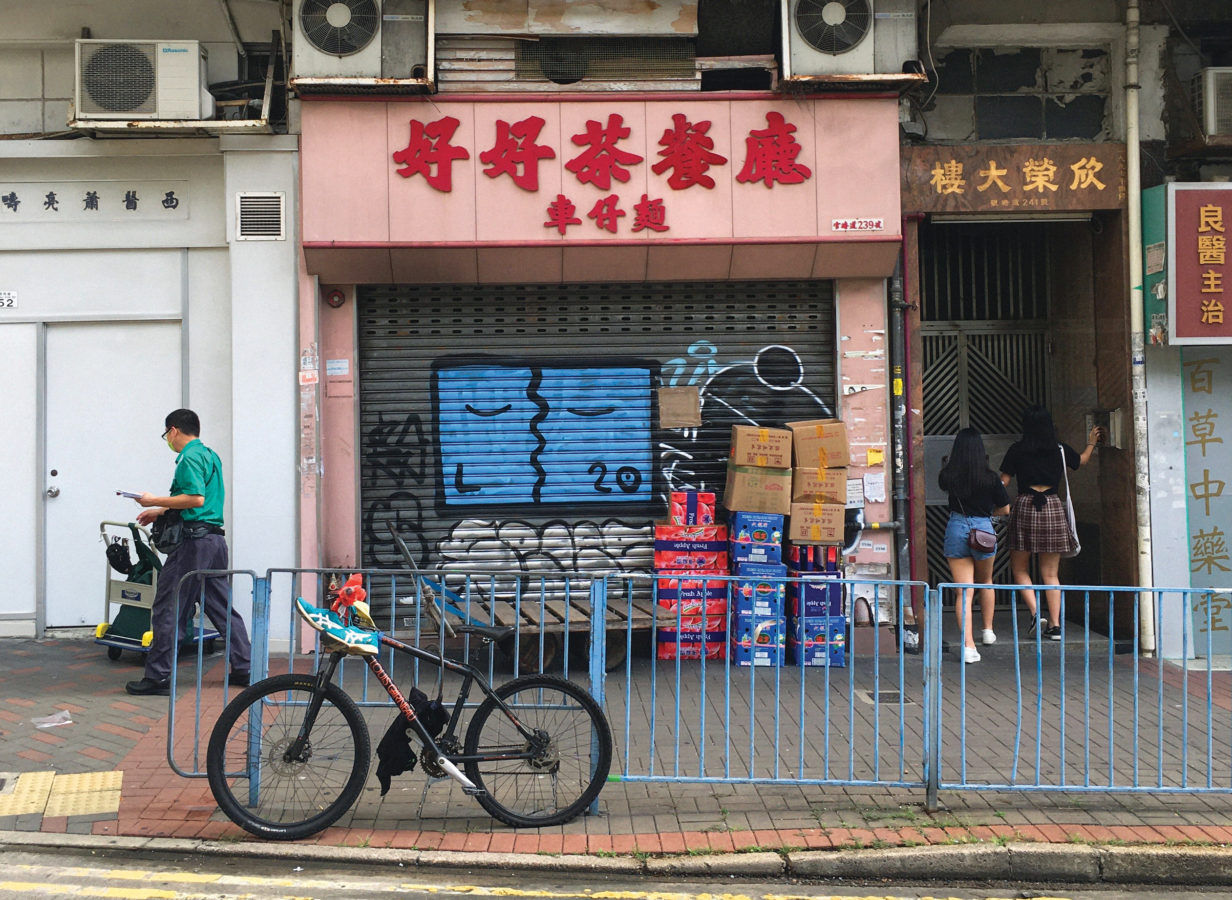 In a firmament sparkling with creativity, what would normally have been the colossal task of identifying artistic stars worth observing has been made easier now that — for better or worse — everyone’s been grounded. We zone in on 12 local talents, from rising to established. Today, Lousy tells his story.

In the age of social media, it’s become commonplace to see influencers using prominent wall features or street art as backdrops for their snaps. From Yuen Long to Chai Wan to Sheung Wan, stunning murals are splashed across choice alleys and shutters by talented street artists.

Of course, there are two sides to every coin. Graffiti is technically considered illegal in Hong Kong; hence, respecting his need to remain anonymous, we feature Lousy with his face masked by a life-sized recreation of one of his totemic motifs – the eye of clairvoyance.

Lousy showcased his first exhibition at Bedroom, a now-defunct space in Tai Kok Tsui, in 2019. Fast forward to today, and the street artist has since had a piece of his work auctioned at Sotheby’s and exhibited in Art Central last year.

I was born and raised in Hong Kong. I’ve been drawing ever since I can remember, but it started with my love of manga and toys. Later in my teens, I got really into music and when I first saw the cover of Never Mind the Bollocks, Here’s the Sex Pistols, I remember thinking to myself, “Pink looks so badass!” and I guess that just stuck with me.

I started street art because I felt it was a more proactive approach to presenting myself. I don’t have to ask for permission from anyone, and I don’t have to wait around to be discovered. It was basically self-promotion on a shoestring budget. Ultimately, my art is about distilling the human experience and emotions, from love to hate. What
is probably my best-known symbol – the KissFace – is my favourite piece, as I feel it heals me emotionally.

Lousy will next be exhibiting in a show co-curated by Square Street Gallery and Eja Collective. He’s currently collaborating with Casetify, as well as with Between café in Pacific Place until April.