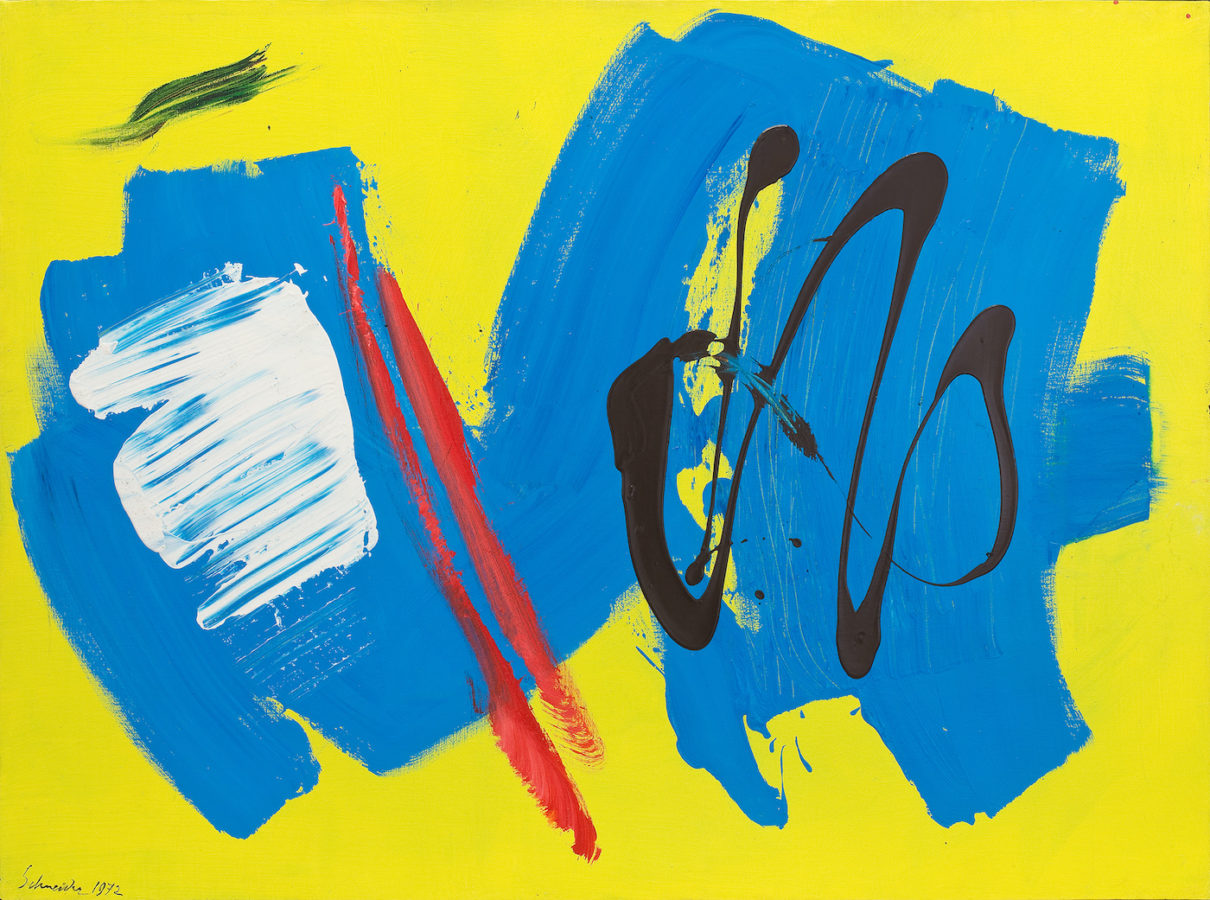 As history constantly reminds us, crises birth creativity, and the influence wars have on the arts cannot be overlooked. The Great War brought the genius of Otto Dix to the international cultural arena. Years later, the disruption of World War II inspired generations of artists, including the masters of lyrical abstraction that forever redefined the notions of high-brow art.

The Trio, curated by Catherine Kwai, the founder and Managing Director of Kwai Fung Hin Art Gallery, gathers the landmark works of the three masters under one roof in the gallery’s flagship location at Tai Kwun. Earlier this year, Kwai also collaborated with K11 Art Foundation to curate a retrospective exhibition of Mathieu at K11 Musea. This time, Kwai Fung Hin Art Gallery is showing two of his celebrated paintings: Concerted Punishment (1990) and Grande Seve Feus Follets (1986), both created decades after the painter published his manifesto, which effectively defined lyrical abstraction.

Three of Swiss painter Gérard Schneider’s works are also featured in the exhibition, namely Untitled (1968), Opus 95 I (1970) and Opus 15 K (1972). Compared to Matthieu’s chaotic strokes, Schneider’s style reads romantic, pierced with richness, modernism, and lyricism. The paintings were born during Schneider’s “Years of Enlightenment”, when the artist decided to embrace colour and his painting style started to develop a calligraphic dimension.

Completing the trio is Aveyron-native Pierre Soulages, whose Peinture (1949) is a stark manifestation of his signature macabre style. Dubbed “the world’s greatest living artist” by former French president François Hollande, Soulages uses black colour to bring light to his works using the reflectivity property of paint. He once said, “My instrument is not black but the light reflected from the black”.

The Trio is open to the public until December 23.