10 of the Most Beautiful Museums in Asia 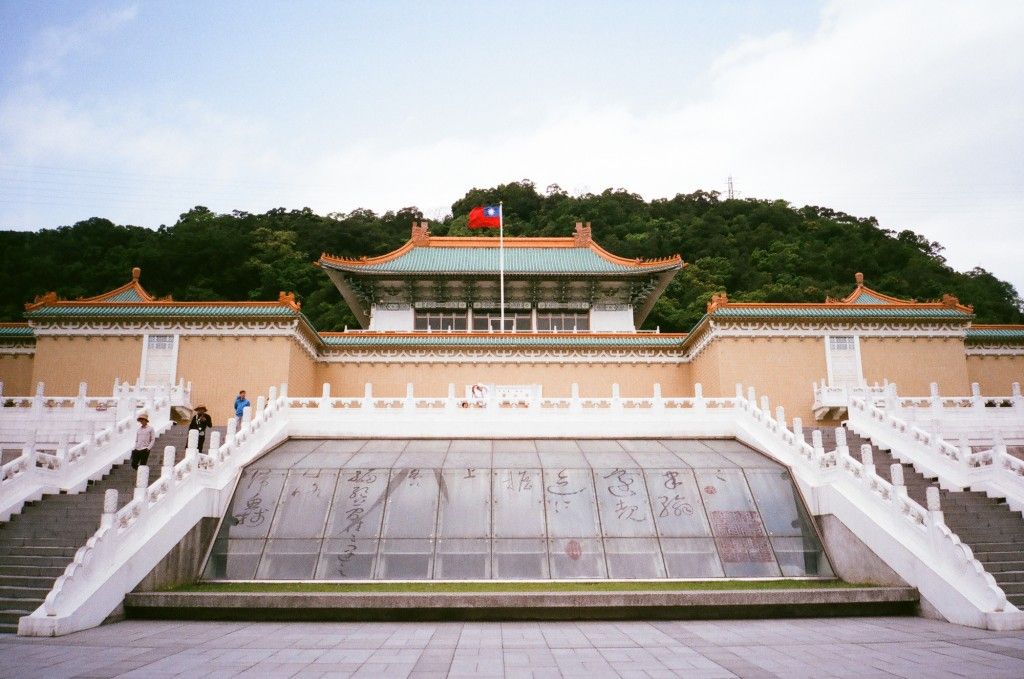 Now travelling internationally is finally a concrete possibly, we’ve rounded up the best and most beautiful museums in Asia.

Museums mirror a community’s history and culture. A melting pot of history and identity, they act as a portal for individuals to go back in time and explore eras through ancient artefacts, paintings, tombs and scriptures, as well as offer a glimpse of what the future beholds through the use of innovative technology.

This brings us to Asia, which is home to some of the world’s oldest civilisations and has a vast wealth of cultural and archaeological history exhibited at many of its renowned museums. These world-famous spaces will not only educate and inspire the history buff in you but will also draw architecture enthusiasts to witness unique elements of the buildings that have stood the test of time.

Whether you want to learn about ancient Chinese artefacts or Vietnam’s war history, these magnificent museums are definitely worth the trip in both the non-virtual and virtual world in the modern era.

Here are some of the most visited museums in Asia

This rich trove of Singapore’s history and culture dates to 1887, making it the lion city’s oldest museum. It hosts numerous events throughout the year — from arts and cultural activities to film screenings. Story of the Forest, one of the art pieces, is an enthralling and engaging digital experience for all visitors.

The original building of the museum was designed by colonial engineer Sir Henry E. McCallum and showcases a neo-Palladian style of architecture. One of the most prominent features of the building is its rotunda, topped with a 27-metre-high dome embellished with fish scale tiles. Other unique attributes of its architecture are the symmetrical facade, Doric columns, Ionic pilasters and large windows with pediments.

The museum is famous for its digital exhibition titled ‘An old new World’. The permanent digital experience takes its viewers on a journey through themed curator’s tours, museum educator’s tours, or a self-exploratory tour that will tell them about the story that led to the founding of Singapore in 1819.

Visitors can also drop by the cafes and restaurants that offer delectable cuisines infused with the multiculturalism of the country and collect souvenirs at the retail spaces.

Located in Ho Chi Minh City, the War Remnants Museum offers a glimpse into the war history that has shaped Vietnam. While the majority of the exhibits are written from a Vietnamese perspective, much of the distressing photography of war crimes shows instances from the My Lai massacre, in which US soldiers mercilessly killed over 500 unarmed South Vietnamese people. Thus, giving it the name of the Exhibition House for U.S. and Puppet Crimes in 1975.

Outside the building, visitors can find US armoured vehicles, artillery, explosives and infantry weaponry on exhibit. One section of the grounds is dedicated to the infamous French and South Vietnamese prisons on the islands of Phu Quoc and Con Son.

The museum houses a collection of anti-war posters and pictures from across the world. It also provides a once-in-a-lifetime opportunity to witness some of the war’s experimental weaponry, once classified as military secrets.

Additionally, the museum showcases the infamous ‘Tiger Cages’ used by the French and South Vietnamese military to keep prisoners of war.

Opened in 1925, this museum in Taipei is famous for housing ancient Chinese objects and various pieces of art. With over 700,000 artefacts, the collection contains priceless treasures from the imperial collections of the Qing, Yuan, Ming and Song and dates back thousands of years. For centuries, most of these objects were hidden behind the heavily guarded gates of Beijing’s Forbidden City, accessible only to the imperial family and select guests.

One of the most beautiful museums in Asia, it is a large, finely designed structure with hipped roofs in turquoise and yellow tiles reminiscent of classical Chinese architecture. Over the past few years, the museum has been offering an advanced digital experience in an attempt to showcase Chinese cultural heritage to different parts of the world.

Visitors will also find information about the numerous dynasties, and the collections represent over 5,000 years of history. The museum also houses exquisite Chinese ceramics, with pieces dating from the Neolithic period and the five dynasties. To get a better understanding of the exhibits, visitors choose an English-language-guided tour at 10 a.m. or 3 p.m. or pick up an audio guide at the gate.

Founded in 1914, it was formerly known as Musee HongHo PaiHo. It’s one of the very few natural history museums in Asia with a diverse collection of specimens, including animal, plant and hominid fossils, as well as minerals.

The museum’s theme is “Homeland,” and it depicts a homeland that stretches from ancient history to the present day, and it is divided into four sections: Footprints, Exploration, Life, and Ecology.

National Museum of Korea in Seoul is symbolic of the country’s history. It helps preserve, investigate, showcase and globally promote South Korea’s cultural heritage, spanning from the Gojoseon period of the ancient Korean kingdom to the Joseon dynasty, the last and most recent dynasty of Korea. One of the most beautiful museums in Asia, it operates this way to ensure that every visitor gets the chance to appreciate Korean history and artwork.

The makers have divided the National museum into two parts — a special exhibition and a permanent exhibition hall. Some of the pieces that add glamour to the museum’s lineup are the ten-story Pagoda of Gyeongcheonsa Temple, Bodhisattva from the seventh century, and Gold Crown from the fifth century the Silla Kingdom.

Additionally, the exhibits include items from Central Asia, China and Japan. The museum also organises exhibitions themed on civilisations from across the world such as Inca and Egypt.

Bronzes, sculptures, pottery, porcelain, jade and silks are also some of the exhibits found in various parts of the palace. A notable exhibit that visitors must not miss out on is the 14-metre-long Yuan fresco, which was brought from the Xinghua Temple.

In 1987, The Palace Museum was listed as a UNESCO World Heritage Site.

The museum opened in the year 2001. Ever since it has dabbled in the fields of leisure tourism and science education. Out of its 11 exhibition halls, it is famous for its five exhibition halls namely the wisdom hall, life hall, creation and future hall, earth hall and heaven hall.

Through a variety of approaches, such as scene simulations, interactive products and exhibits, specimens, videos and films, and multimedia, the Earth’s Crust Exploration exhibition area demonstrates that our planet is a dynamic structure. Whereas, the World of Robots exhibition lets tourists see how artificial intelligence tech is rapidly evolving while having a little fun by participating in a range of robot-related activities.

A space knowledge area, a space training experience area, a space achievement exhibition area, and a space theatre make up the Space Navigation exhibition. It gives visitors the opportunity to understand how people and space visits work in tandem.

One of Japan’s largest science museums, the National Museum of Nature and Science is located in Ueno Park, Tokyo. Over 25,000 displays cover everything from outer space and dinosaurs to Japanese ecosystems and the world’s most cutting-edge technologies.

The preserved remains of Hachiko the dog and two famous pandas, as well as a shard of the Nantan meteorite that struck China in the 16th century, are among the exhibits. The museum also houses the Japan Gallery dedicated to the climate, geography and history of the country.

The Tokyo Metropolitan Art Museum was founded in 1926 and is Japan’s first public art museum. Offering a variety of colourful thematic displays, the museum also lets visitors experience unique exhibitions and interact with art masterpieces from Japan and around the world.

Standing true to its name, the museum serves as a “doorway to art” for emerging artists to display their artwork and organises around 280 exhibitions per year to promote their work and art organisations. It also hosts exhibitions for students to inspire and assist them.

Additionally, it is a suitable place for children and strives to be a community that encourages creativity and inclusiveness. The Tokyo Metropolitan Art Museum also hosts themed exhibitions that offer a mix of learning and viewing art. It believes in collaboration between people through its art communication programme. Thus making it one of the most popular museums in Asia.

Located amid a lush green garden, the museum is home to more than 200,000 cultural artefacts, ranging from musical instruments to ancient bronze and jade vessels. It was founded in 1953.

Some of the most notable items on display include artefacts from the Tomb of Marquis Yi of Zeng and the tombs at Baoshan, an ancient set of bronze bells (Bianzhong) and the Sword of Goujian.

This museum in Asia has a design based on the ancient Chu Kingdom’s architectural style. It houses unique artefacts belonging to the Chu Kingdom’s era. A performance of ancient and traditional Chu music is one of the highlights for museum visitors. Visitors to the Hubei Provincial Museum must notice the set of 2,400-year-old chime-bells from this period.