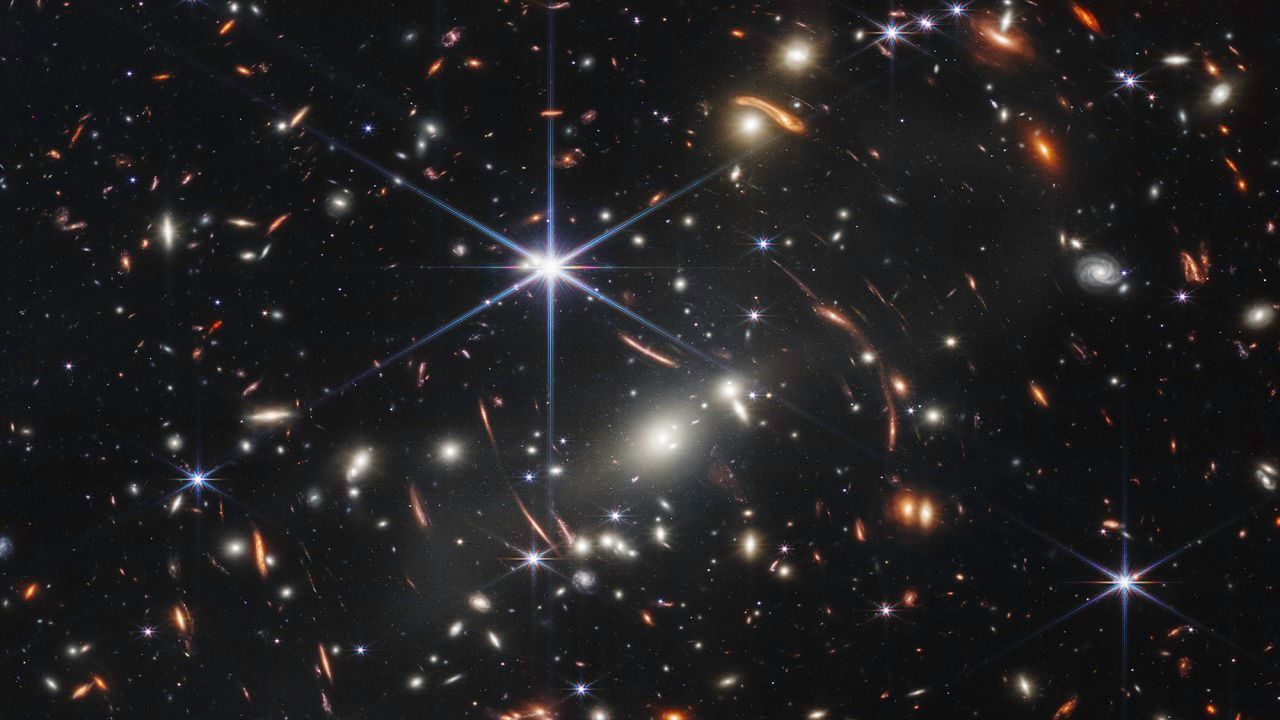 The National Aeronautics and Space Administration (NASA) has released the first picture of the deepest and sharpest infrared image of the distant universe taken by the James Webb Space Telescope (JWST).

The colour image released on 11 July, shows galaxy cluster SMACS 0723 and is known as Webb’s First Deep Field. The remarkable depth of the image makes it possible to view even the faintest objects in the numerous galaxies of the universe.

“This slice of the vast universe covers a patch of sky approximately the size of a grain of sand held at arm’s length by someone on the ground,” NASA said in a statement.

More about the picture taken by JWST

From a time before the formation of Earth

NASA said that the deep field was taken by Webb’s Near-Infrared Camera (NIRCam). It is a composite of several images taken by the telescope at different wavelengths totalling 12.5 hours.

According to NASA, the galaxy cluster SMACS 0723 seen in the image is how it appeared 4.6 billion years ago. This means that the image shows a section of stars and galaxies as they were around 100 million years before the formation of Earth at a time when our solar system was taking shape.

The image taken by the JWST compared to one taken by Hubble, of the galaxy cluster SMACS 0723.
It’s s a gravitational lens, showing us the light of galaxies that are far behind the cluster in arcs around it. I tried to orient them the same. LOOK AT THE DIFFERENCE. pic.twitter.com/8jphIUHRjn

The cluster is located in the Southern Hemisphere constellation of Volans. The light coming from it appears bent and magnified because of the humongous mass of the cluster and the resultant gravitational effect.

Elements that date back further

The image  has elements that are even older than what is mostly visible. There are red arcs of galaxies that existed just around 600 million years after the Big Bang, the event that led to the expansion of the universe 13.8 billion years ago.

“Light travels at 186,000 miles per second. And that light that you are seeing on one of those little specks has been travelling for over 13 billion years,” said NASA administrator Bill Nelson.

How small is the #JWST field in that amazing image?

We heard “like a grain of sand, at arms length” ….

It’s tiny when compared to even some nearby galaxies. Imagine all the sky covered in galaxies!

The image was shown to US President Joe Biden during a White House briefing.

“These images are going to remind the world that America can do big things, and remind the American people – especially our children – that there’s nothing beyond our capacity,” Biden noted.

The first image from the Webb Space Telescope represents a historic moment for science and technology. For astronomy and space exploration.

And for America and all humanity. pic.twitter.com/cI2UUQcQXj

What is the JWST?

The JWST was launched on December 25 2021. Costing USD 10 billion, the telescope is the successor of the Hubble Space Telescope.

Apart from taking images of the earliest stars in the universe, the JWST is also tasked with probing if life is possible on far-off planets. The JWST is part of an international programme led by NASA and its partners, ESA (European Space Agency) and CSA (Canadian Space Agency).