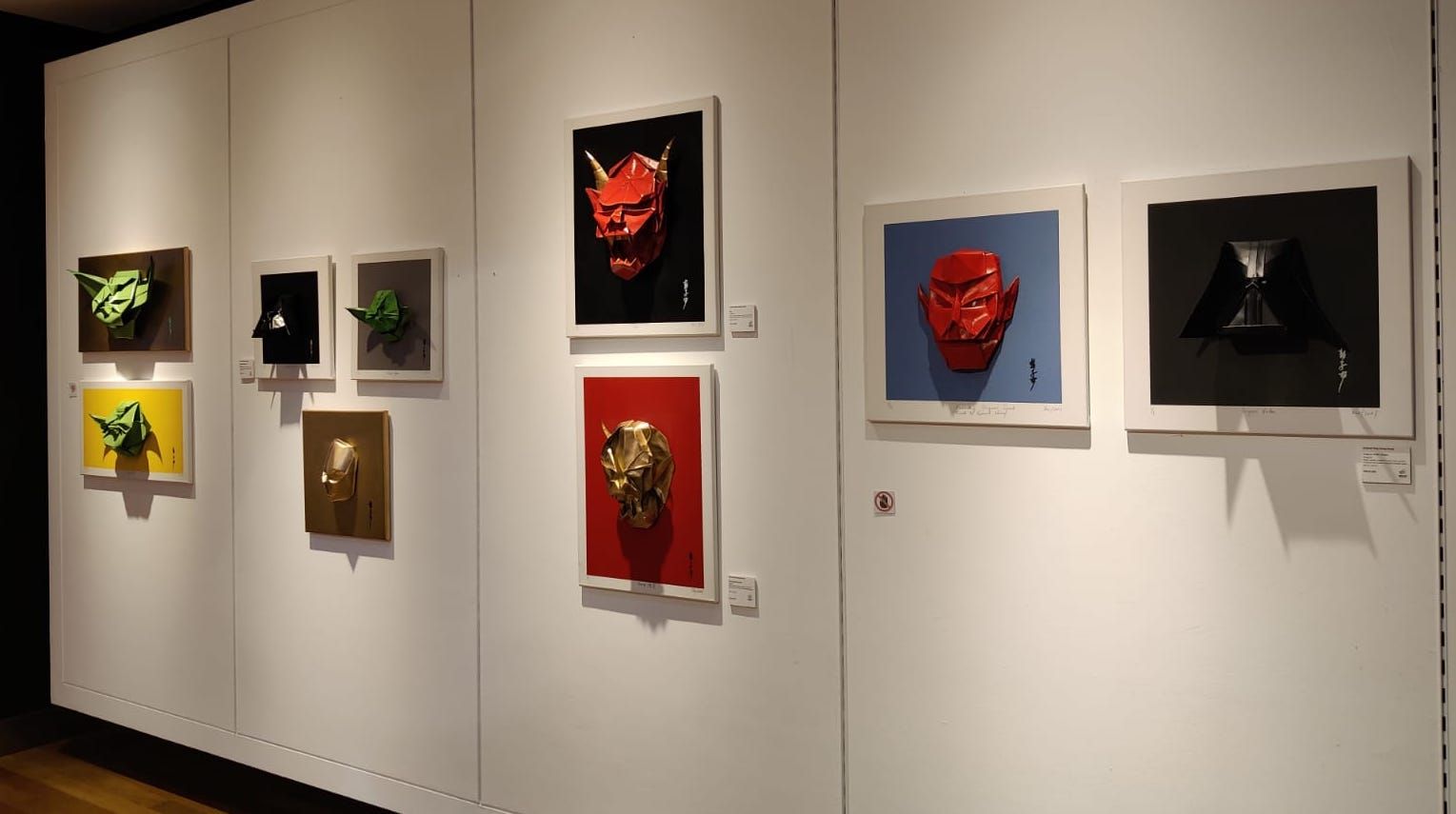 Origami, the art of paper folding, resonates across cultures. In Asia, although admittedly not as common in this tech-obsessed age, school kids can often be seen folding multi-coloured paper cranes or little stars during their break — precious keepsakes to gift to friends or family. In Japanese culture, it’s believed that folding a thousand paper cranes would grant the artist one special wish. On a global scale, folding paper planes is practically a family affair, enjoyed by parents and children alike, and a task widely given during physics lessons to demonstrate the science of drag and aerodynamics.

The origin story for Hong Kong-based artist Andrew Pang is a nostalgic one, sparked at aged 13 when he won an open origami competition in the city. While other contestants came armed with fancy colourful folding paper, Pang created his winning origami — a crab — using only a piece of regular lined paper ripped from his school notebook.

“When I was growing up, my mother used to take me everywhere with her, playing mahjong with friends or her daily visits to the wet market. She used to buy me children’s magazines that always contained some sort of origami sections. Eventually, I saved enough pocket money to buy my own origami books. My dad, noticing my interest, would also buy me origami books whenever he travelled to London. They were largely written by Robert Harbin, widely considered to be the father of modern western origami. I would say those books had the biggest influence on me.

One of my other hobbies include drawing caricatures of friends and families. That is part of the reason why I enjoy folding masks so much. One of the most difficult aspects of creating masks with paper is to successfully achieve certain expressions of the subjects and to demonstrate a true likeness. I began by folding masks of my friends for their birthdays and the love of the craft naturally grew.”

At the turn of the millennium, Pang published his first origami book for Paramount Movies titled Paper Universe (Star Trek) — an easy-to-follow guide on classic origami techniques and folds, along with instructions to create space vessels from the cult film franchise. An impressive 25,000 copies were sold of the first edition.

“If I focus on the role of origami in particular for the next generation, I would like to encourage children to create their own toys by folding. The sense of achievement they can derive from making something themselves physically rather than simply purchasing toys is immensely satisfying. A lesser-known benefit of origami is that the art has the added benefit of calming children down and has been widely used as part of therapy in treating individuals with anxiety or autism.”

Earlier this year, Pang held his first solo exhibition in Hong Kong with Shout Art Hub and Gallery. He is currently located and exhibiting in Singapore for a month with the goal to find local inspiration to create a piece specifically for the Lion City.

When Pang is not folding, his alter ego leads the Asia Pacific arm of interior and furniture design group YOO — a global brand of real estate developers and designers founded by Philippe Starck and John Hitchcox.