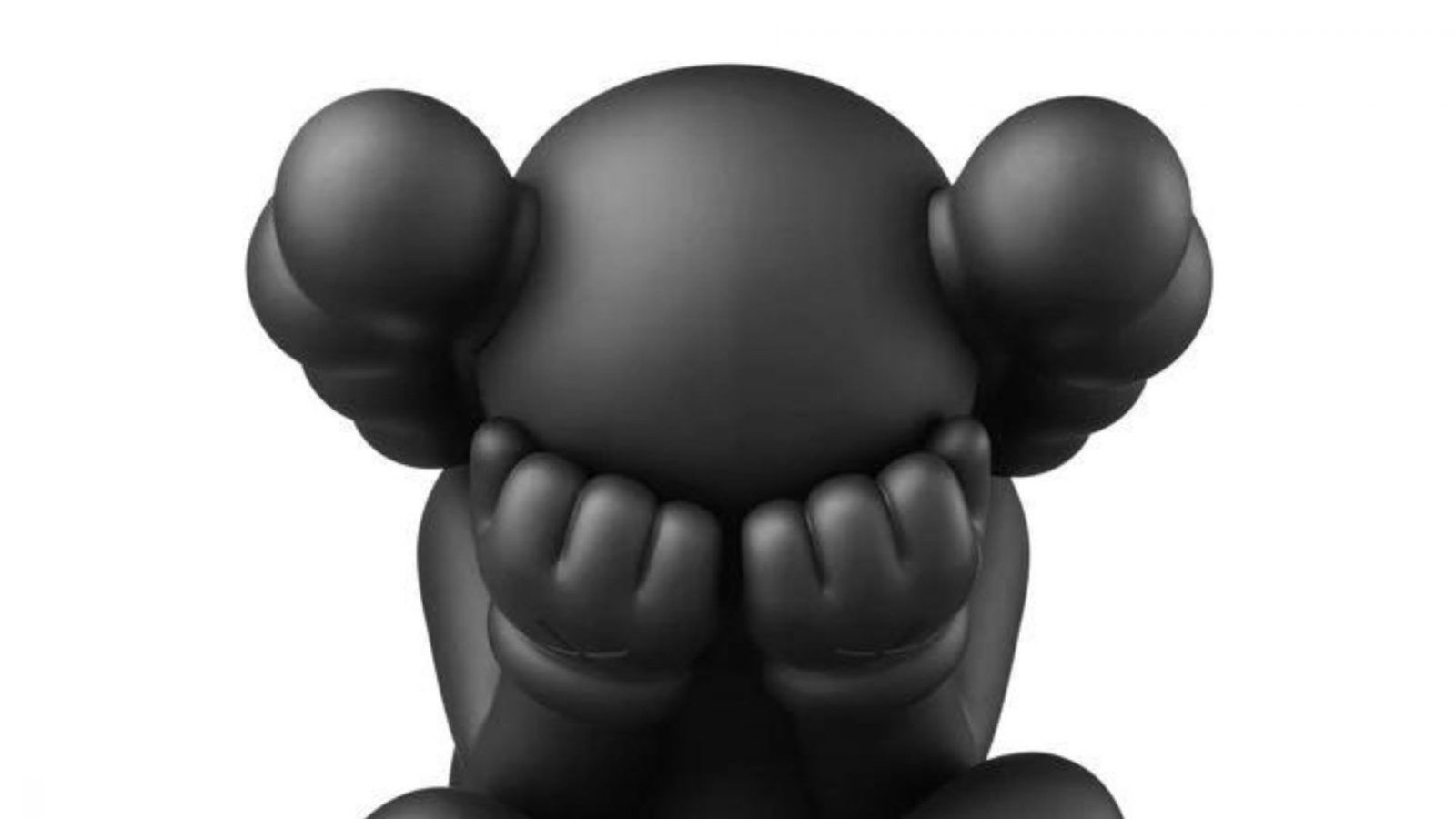 Modern artist Brian Donnelly, popularly known as KAWS, is renowned for his original paintings and sculptures. His creations seem to blur the distinction between fine art and global commerce. He has a long list of accomplishments, and his paintings have been exhibited in museums and galleries worldwide. In the internet era, artists like KAWS have gained success using social media platforms.

As a 21st-century contemporary artist, KAWS has a loyal fanbase, and his works have been appreciated numerous times. He is also the most followed artist on Instagram, with over 4.1 million followers, as of 29 June 2022.

However, he is not the only artist who combines contemporary themes with different styles. In reality, modern art sparked USD 2.7 billion in exchanges between 2020 and 2021, according to Artprice, a France-based online art price database website. More than 34,600 artists have sold over 100,000 artworks, including physical paintings and digital art.

The artist has been around for a while and has been involved in the New York art scene since the early 90s.

KAWS first came into the limelight with his signature ‘Companion’ sculptures, having a distinctive vibe from anything anyone saw before. Throughout his career, he has worked with many artists, singers, painters and fashion brands to produce powerful works of art.

This includes The KAWS Album, which was sold by Sotheby’s for an astounding USD 14.8 million, shattering the previous auction record for the artist and exceeding its high estimate of USD 1 million by over 14 times.

Another example is a 121-foot-long inflatable version of his signature character Companion. This artwork was exhibited during Macy’s Thanksgiving Day Parade in Hong Kong’s Victoria Harbour.

Many creative and popular artists like KAWS focus on the subject of ‘open to interpretation’ art themes. However, critics may question the validity of modern artists like KAWS, given the recognition and money they are receiving.

So, why are artists similar to KAWS creating these artworks? Is contemporary art just another form of lazy writing, or does it have an underlying meaning hidden beneath the loud colours and abstracts? Take a look at the realm of modern art in detail.

What is contemporary art?

The line between modern and contemporary art is hazy, with many artists releasing their work on digital platforms. The interpretation becomes less evident as we unravel the difference between the two. Fortunately, contemporary art, in the most basic sense, refers to art — paintings, sculptures, murals and video art — produced today.

Though it seems simple, contemporary art is surrounded by complex definitions, personalised by artists who produce them, and interpreters who give them meaning. In the internet era, the exact meaning of contemporary art is still open to debate, and the genre keeps fuzzing with more varieties of artworks being produced every day. Contemporary artists like KAWS are committed to their crafts and often leave the explanation part, further alienating the true meaning of the art piece.

How is contemporary art different from modern art?

Modern and contemporary art hail from two distinct eras. While themes and stories referenced from the late 19th and early 20th centuries are represented in the Modern Art period, anything after the 1960s is usually referred to as contemporary art. To understand this better, it is vital to know that both art forms are highly experimental, and may or may not be used together to further amplify their primary focus.

Both the art forms are revolutionary, with the only difference being the approach and intent. Compared to modern art, contemporary art is more open to experimenting with newer subjects and freedom of expression. While contemporary art focuses on social influence with respect to society and trends, modern art expresses individuality and identity.

Another noticeable difference that defines both art forms is the surface used. While modern art is mainly produced on canvas, contemporary art has a broader range of media, including graphic arts, tech-enabled artworks and 3D models.

For instance, KAWS is a well-known contemporary artist. Although his art is subtle, he combines installation, engineering and graffiti art into something incredible without actually meaning anything or having a fixed purpose or intent. He also mixes popular culture and internet themes to develop original motifs.

Hebru Brantley draws inspiration from a variety of sources. They range from African-American history, hip-hop, anime and manga, which he transforms into art pieces using his own experience in the urban life of the United States.

The artist has produced a variety of works, including paintings on trains, walls and other urban surfaces, as part of the 90s graffiti trend. His work usually revolves around a thought, evoking the Afrofuturism approach to anime and graffiti. He has also held exhibitions based on street art in Miami, Chicago, Tokyo and Hong Kong. And, celebrities like LeBron James, Beyoncé and George Lucas are a few of them who have collected his art.

The late Joyce Pensato is an influential figure in the contemporary art scene. Her iconic Big Mickey is still one of the most intimidating art pieces ever, where she used a punkish depiction of Walt Disney’s iconic character Mickey Mouse.

Her works are inspired by a myriad of emotions, which she carefully accumulated with consecutive layers of aggressive linear motions and quick spattering, producing cartoonish and menacing artworks simultaneously. She often cited her inspirations in her interviews that included her colleagues like Alberto Giacometti, Andy Warhol, Jean-Michel Basquiat and Abstract Expressionists like Jackson Pollock.

Lenny McGurr, also known as Futura (formerly known as Futura 2000), began his career as a contemporary artist in the 1970s, much like Donnelly. After making a name in New York’s street art scene, he started working on his canvas paintings in the 1980s, among other contemporaries like Jean-Michel Basquiat, Kenny Scharf and Keith Haring.

Additionally, the artist takes the most linear approach to art industrialisation. His spacey rockets and cosmic signature style with heavy blotches of colourful paints have found their way into mainstream streetwear, sneakers, and even bottles of Hennessy cognac.

Japanese mythology and folklore have had a profound influence on traditional Japanese art indeed. Takashi Murakami draws inspiration from the spirit of Japan. He uses his characters and recurring themes to create paintings, sculptures and films.

He has a varied body of work, with several pieces illustrating a nexus between many art forms, cultures, histories and trends. Besides his personal endeavours, Murakami also helps new artists get exposure to international audiences with his art production company, Kaikai Kiki Co Ltd.

One noticeable thing about contemporary artists is that their art forms are constantly evolving. Javier Calleja is another artist similar to KAWS as he, too, has a signature art style that stays consistent throughout his works.

Wide-eyed figures with exaggerated body proportions, typical in Shoujo manga and anime series, are frequently repeated in his figurative paintings. His career as an artist took off due to these paintings, and some of his works have been sold at auctions for around USD 1.1 million. The Spanish artist is also known for collaborating with major international brands, including Vans, HYPEBEAST and BIG.

Yoshitomo Nara is a Japanese artist renowned for his artwork depicting kids and animals with kids having cute and menacing emotions. Known for his contemporary art style, similar to that of KAWS in many ways, Nara’s artwork is highly influenced by both Eastern and Western popular culture.

Unlike many Japanese artists, who are proportionally inclined toward traditional Japanese art, the Asia Arts Game Changer award winner takes a diverse approach as he makes paintings, ceramics and sculptures with themes of seclusion, defiance and spirituality. Contrary to the stereotypical view of Japanese artists, Nara defines his work as non-manga, and he claims that he has never been influenced by Japanese manga in any of his artworks.

Perhaps the biggest breakthrough for Eric Inkala and his artworks is using different art mediums. Various art styles, including graffiti, pop and contemporary have all been explored by the self-taught artist from Brooklyn.

His style is filled with vibrant colours, complex patterns, and line work, eliciting a humorous graphic language. It is hard to define Inkala’s work because it tells a different story at every inch of the canvas, depicting his unique storytelling skills often braided with intricate patterns and symmetry. Like his contemporary peers, the artist has collaborated with an array of brands, including Brooklyn-based RŌNIN BICYCLES and streetwear brand A Bathing Ape.

Mikael Brandrup is a Denmark-based urban-contemporary artist with multiple aliases. Though popularly known as Mikael B or KETS, he has successfully carved out a career in contemporary art with his abstract designs and conceptual works using acrylic and spray paint. As he expresses his feelings through his paintings, it can appear confusing to the naked eye unless one does some introspection.

Like KAWS, Mikael also leaves his abstract painting on an ‘open to interpretation’ note, eluding the same scent like the other 21st-century contemporary artists.

She is a contemporary artist from Brooklyn, New York, best known for the bold geometric patterns interposed in large-scale murals. She has worked on huge kaleidoscopic geometries, often exhibited in collections including the Ukrainian Museum, Millennium Iconoclast Museum of Art, and Dean Collection.

In 2014, she became the third woman to create artwork for Bowery Mural, a famous wall mural project owned and curated by Tony Goldman.

The British novelist and artist Harland Miller is best known for his peripatetic career that spans two continents, Europe and North America. He had exhibited in New York, Berlin and New Orleans during the ’80s and ’90s. He later achieved critical acclaim with his debut novel, Slow Down Arthur, Stick to Thirty.

Miller has produced an array of works, including novels and short stories, paintings and works on paper. He sets up his narratives, characterised by their humanity and tragicomedy. His work has been auctioned for six-figure prices in international auction houses, and celebrities like Ed Sheeran and Rachel Weisz have collected his artworks.