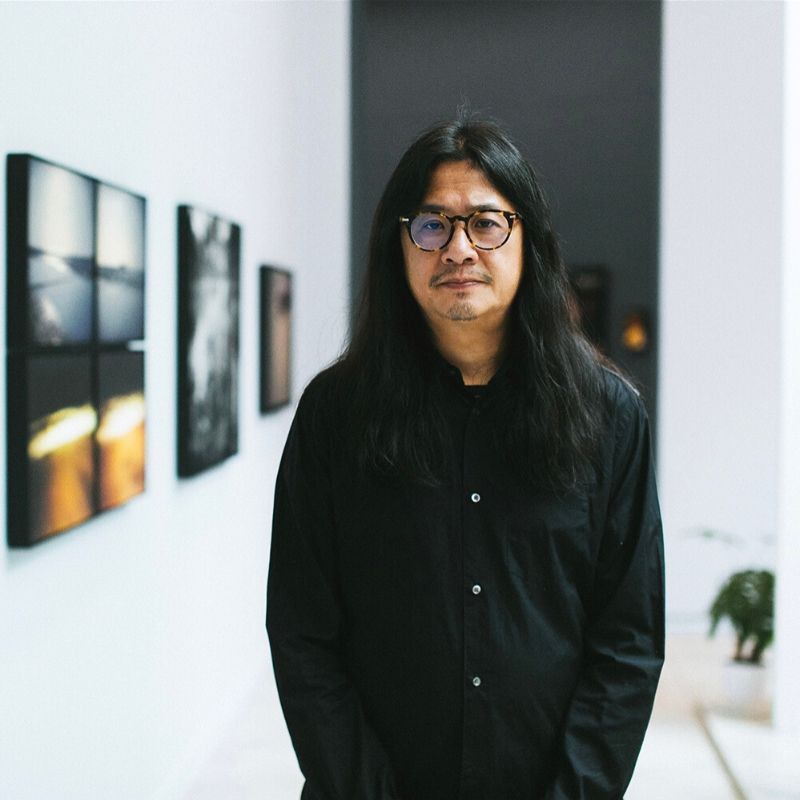 Twenty years after working on Wong Kar-wai’s seminal movie In the Mood for Love, photographer Wing Shya talks to us about capturing the essence of that film, and his own career as a director.

This year marks the 20th anniversary of Wong Kar-wai’s In theMood for Love, arguably the Hong Kong film — and certainly the one that exported a romantic, nostalgia-tinged vision of our city to a global audience.

This year’s Cannes film festival, though cancelled due to Covid19, was expected to celebrate the movie, on which a relatively inexperienced photographer, Wing Shya, captured still photographs of protagonist lovers Maggie Cheung and Tony Leung under moody lights and dramatic shadows.

“We worked day and night on that film,” says Shya. “At that time we just worked like that. It was a small team and not a big budget … And we really didn’t know the film would become so huge and famous.”

Twenty years on and the man who subsequently became Hong Kong’s most famous photographer is fast becoming an established film director in his own right, with some of his movies – like the ones he’s been shooting lately – being produced by Wong Kar-wai’s film company, Jettone. The tight-knit duo have been working together on-and-off in some capacity for 25 years.

“When I started taking photos for Wong Kar-wai on his films,”Shya says, “the first film job was for Happy Together with Leslie Cheung and Tony Leung, in Argentina. I didn’t really know anything about photography … and it was kind of the same with being a film director. I learned so much on the job just on my first movie, Hot Summer Days, with Tony Chan.

“It’s so different from doing photography – when you’re a photographer you can be very emotional. You take the picture and it can be very focused. As a film director you always have to think about all these different elements – the visual, the actors, the dialogue, the mood – constantly thinking every second of shooting. It’s hard work and so difficult.”

Acclaimed writer and film director Tony Chan teamed up with Shya for Hot Summer Days, after asking him to help direct a script that he’d been working on. Shya says it involved almost a year of sitting down with each other in Starbucks to work on the film. Remarkably, especially for directing newbie Shya, it became the first Hong Kong

Chinese film made by the giant 20th Century Fox “We went for a five-minute presentation with the guy from Fox, as he was about to go to the airport. It was so rushed but he loved it, and three months later they decided to fund the film. It was really crazy, they met a lot of other directors in Hong Kong and China but decided to choose us.”

Now Shya is in the midst of directing his third and fourth feature films (in addition to a few shorts) – shooting in Shanghai was temporarily stalled because of the virus, but will resume shortly. All his films have been quirky romantic comedies set in Hong Kong or mainland Chinese cities.

Along with Hot Summer Days (2010), his second film Love in Space (2011) really established Shya’s nostalgic, witty and light-hearted style and genre. When I ask why he chose comedy, he says it’s something that he always wanted to do. “I love comedy,” he says. “I want to go to a movie theatre and laugh out loud.”

In terms of stars and celebrity, Shya has worked with almost all of them, capturing images of the late golden era of Hong Kong stars, such as Leslie Cheung, Shu Q, Faye Wong, Maggie Cheung and Tony Leung as they acted or waited on set. Shya was a deft hand at shooting these stars off-guard, a style so different from the glossy, cultivated looks of Hong Kong celebrities that the media had previously been used to.

In the last 10 years as a filmmaker, he’s directed the likes of Aaron Kwok, Eason Chan, Nicholas Tse, Angelababy, Barbie Hsu, Daniel Wu and Rene Liu, and continues to work with some of China’s biggest rising screen stars.

When I ask if he has any favourites, since there are a few names that regularly come up, Shya diplomatically replies, “Sometimes I don’t choose the stars, actors and actresses … Jettone is producing my films now and sometimes they’re chosen by the producers. Sometimes there are so many investors to take care of, and they also have a say in casting the stars,” he says with a laugh.

It’s Shya’s laidback attitude, wit and sense of humour that have made him such a unicorn in the world of photography, fashion and film. There are no airs nor graces, despite his having achieved cult fame in Hong Kong and China. He’s exhibited in London’s V&A and the Mori Art Museum in Tokyo, and has shot for the likes of iD Magazine,Vogue Italia and Numero. Today, Shya remains one of the most down-to-earth talents I’ve met in this city. Even when talking about his remarkable reputation and success, his take is very typically Shya. “Everything that happened in my life and career has been partly luck … All the moves and new directions have been natural and organic … I didn’t really plan it, I just kind of go with the flow and how I feel.”

As for that instantly recognisable signature mood, aesthetic and style, Shya says that meeting Terry Jones of iD and shooting for the magazine early on was a defining moment in his career. “Terry was kind of my mentor in establishing my style. When I met him, he just gave me the freedom to do whatever I wanted; that creative freedom was amazing and not something that I could find easily in Hong Kong. I could shoot naked people, or blurry pictures – it was the freedom that gave me the inspiration to create my style.”

In late 2017, the Shanghai Centre of Photography held a retrospective exhibition of Shya’s work, titled Acting Out – a collection of personal work as well as broad selection of images from his time as Wong Kar-wai’s on-set stills photographer – curated by noted Chinese art critic and curator Karen Smith from his entire image archive (outtakes and mistakes included). The opening, attended by Shya’s family, was an emotional event for him.

Today, the once-prolific fashion photography has mostly stopped. He still shoots for a select few clients and magazines, but is kept increasingly busy by film protects. But that doesn’t mean Shya doesn’t still keep an eye on the photography and fashion scenes, and the many young photographic talents coming out of Hong Kong, China and Asia.

“My style is already vintage style, a bit nostalgic, and honestly I’m not really up to date any more, but I love what the young photographers are doing — it’s so exciting. It’s not the same stuff that I can do — but I love it.”