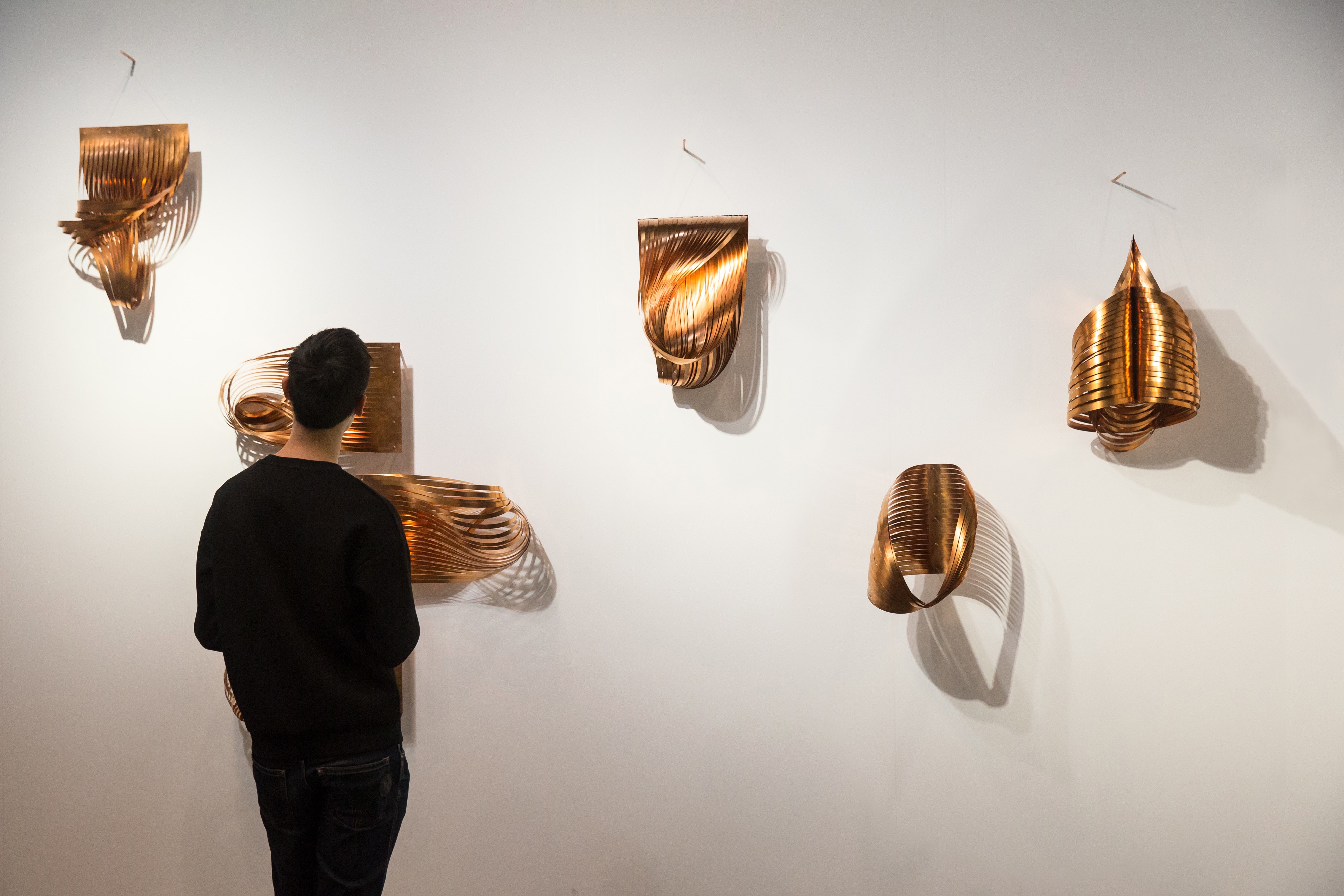 State of The Art: Art Basel Returns to Hong Kong This March

Pursuits
State of The Art: Art Basel Returns to Hong Kong This March
Share
Next article

If it’s March in Hong Kong it must be “art month”, and much of the activity and focus during the city’s international fine-art carnival revolves around its most established world-class event: Art Basel. Along with Basel itself and Miami, Art Basel in Hong Kong is one of three venues on the fair’s annual circuit, during which it presents commercial-gallery displays and related exhibitions, lectures and screenings, as well as collaborative arts and lifestyle events, on three continents.
Its first ever art fair, naturally, debuted in Basel, Switzerland in 1970; then came the Miami Beach fixture in 2002; and finally Hong Kong’s own event joined the party in 2013. Held in the same venue – the Hong Kong Convention and Exhibition Centre – as in the previous seven years, this year’s show promises that roughly half of the 241 galleries expected to display artwork have exhibition space in the Asia-Pacific region.
Although much attention is on contemporary artists – both the big-name collectable variety and emerging practitioners – Art Basel also offers the opportunity to view work by some of the biggest names in modern art and other 20th-century genres, which regularly grace the pages of western and Asian art-history tomes and websites. So, expect to see works from the likes of Peter Blake, Tracey Emin, Damien Hirst, Yayoi Kusama, Haruki Murakami, Yue Minjun, Marc Chagall, Chen Yifei, Salvador Dali, Alberto Giacometti, David Hockney, and Pablo Picasso, among many other living and late stars of the fine-art world. While a few galleries usually display a handful or two early 20th-century works, it’s art in all forms – from painting to sculpture, printmaking, photography, video, installation and edgier media drawn from the last seven decades – that make up the bulk of what’s on show.
As ever, the Art Basel experience is enhanced by obtaining a VIP card, which means no waiting in queues but instead using priority entrances to the show, unlimited viewing over the three-day event and access to the VIP lounge, which also houses a restaurant and bar, as well as the hospitality booths of the main Art Basel partners.

Emerging talents in the art world are regularly highlighted in an area called Discoveries, which shows solo artists’ works from various galleries – this year there are 25 in all. The variety of pieces include include A+ Contemporary’s new work by Taipei and Berlin-based artist Musquiqui Chihying, entitled Three Amazing Moments (2019), featuring a composite of 3D-printed sculptures, video, and sound works; a new project by Hong Kong-based artist Leelee Chan called Pallet in Repose (Resurfacer) at Capsule Shanghai; Fine Arts, Sydney’s presentation of new work by New Zealand-based South Korean artist Yona Lee; a performance by the artist duo Felix Bernstein and Gabe Rubin at David Lewis; and British artist Flo Brooks’s new installation of five paintings at Project Native Informant.

Art Basel Hong Kong incorporates a spotlight on curatorial projects on Asian art history – called Insights – this year being presented by 21 galleries all of which have spaces in Asia. Highlights include Shanghai-based gallery Bank’s presentation that pays tribute to the modern fibre-art tradition in China, showcasing work by Shi Hui in dialogue with pieces by her late Bulgarian teacher, the artist Maryn Varbanov; Jan Murphy Gallery’s inclusion of work by two Tjala artists and leaders in the Western Desert-painting movement, Sylvia Ken and Tjungkara Ken; Nova Contemporary’s showcase of influential contemporary Thai artist Chatchai Puipia; and first-time participant Axel Vervoordt Gallery’s solo booth with Korean artist Kimsooja: her installation Encounter – A Mirror Woman (2017-2019) is a vertical mirror erected on a mirrored floor, standing as a form of painting without a trace of the artist’s hand, in which the viewer becomes an active performer in a three-dimensional canvas.

The daily Conversations programme offers in-depth dynamic discussions that explore key issues in today’s art world. Panellists are prominent figures from across the international art world, each offering a unique perspective on producing, collecting and exhibiting art. Exact details can be found online and these free seminars can be pre- booked.

Christina Li, curator of Hong Kong’s art showcase at the 58th Venice Biennale in 2019, is curating the Hong Kong iteration of Art Basel’s intercontinental art project to mark its 50-year history in 2020.
Art Basel is staging an ambitious art project, with distinct facets unfolding at all three fairs – beginning at the Hong Kong show in March, continuing at Basel in June, and concluding in Miami Beach in December. The international project, organised by a cross-borders curatorial team with different cultural backgrounds and perspectives, is under the artistic direction of renowned Berlin-based curator Kasper König. The Hong Kong leg, curated by Li, will be a one-off highlight of Art Basel 2020 here, with no specifics revealed at the time of writing.