The Hong Kong Palace Museum: Nothing but Great Expectations 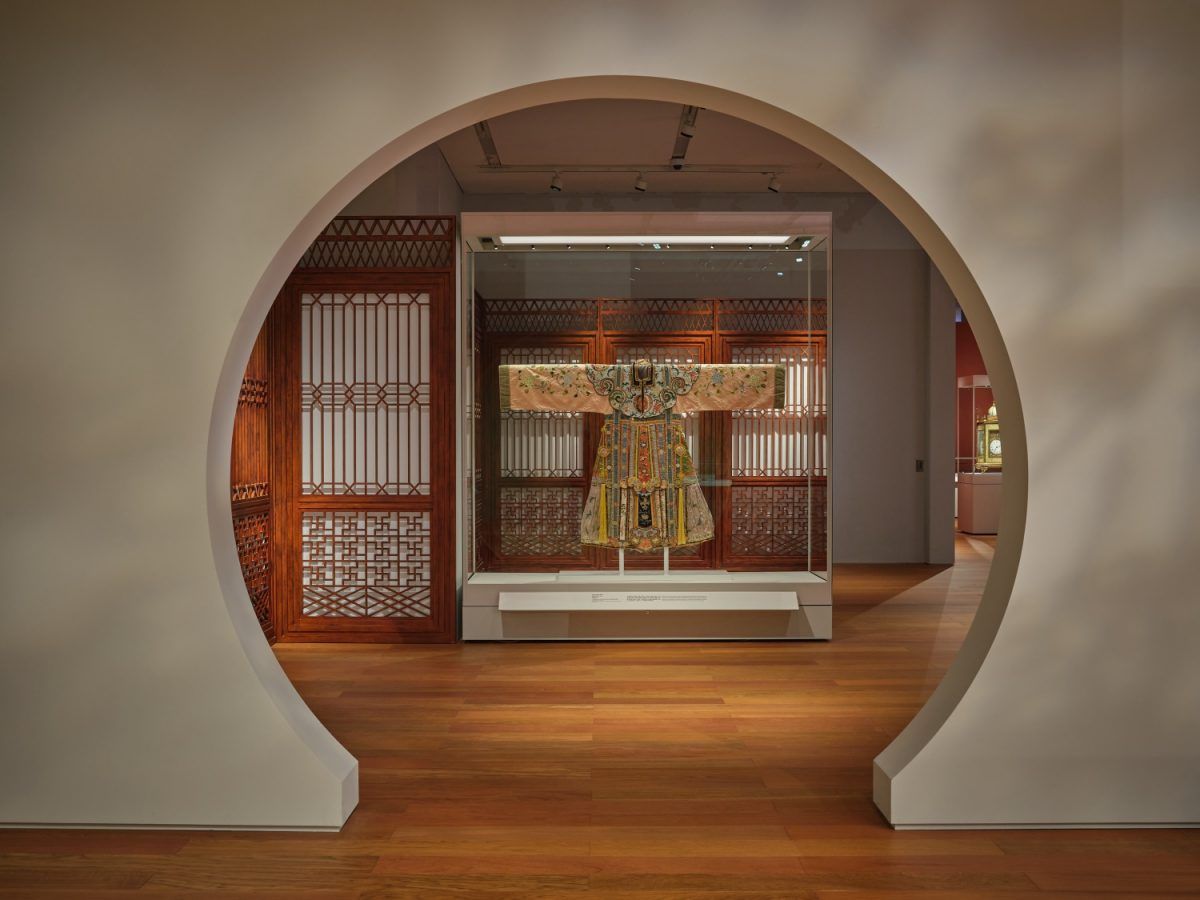 Pursuits
The Hong Kong Palace Museum: Nothing but Great Expectations
Share
Next article

After the opening of the Hong Kong Palace Museum, which aims to bring in a fresh local perspective to China’s greatest treasures, its director, Dr Louis Ng, now faces the task of establishing its international reputation as a hub for cross-cultural exchange.

With the opening of M+ and the Hong Kong Palace Museum (HKPM), a long-nurtured vision for the West Kowloon Cultural District is at last becoming reality. If this city was formerly known mainly as a global financial centre, it now has the kind of cultural credentials that could transform its international image at a stroke.

The museum’s director, Dr Louis Ng, rattles off a possible full-day visitor itinerary at West Kowloon. “A morning at M+, followed by a lazy lunch on the Great Lawn of the Art Park, then spend the rest of the day at the Hong Kong Palace Museum,” he says. “In the evening, you can catch a performance at the Xiqu Centre or Freespace.” It’s an exciting proposal that even I, a born-and-bred local, would happily partake.

And clearly, I’m not the only one. Since its opening in June, the HKPM has seen a surge of visitors, with around 140,000 admission tickets for the first four weeks of the museum’s opening quickly snapped up. “Our daily attendance for the past six weeks is about 5,000 and it’s a controlled number,” says Ng. “I think we can easily top that. Eventually I think we can have 1.5 million to 2.2 million visitors a year.”

This is a vast difference from just 30 years ago, when Ng first worked in Hong Kong’s public museums. “I was with the Hong Kong Museum in the late 1980s and the yearly attendance was about 100,000 or 200,000,” he recalls. But the change in Hong Kong’s cultural landscape in the past three decades, alongside larger and more modern facilities, and more importantly, better content, has also brought greater appreciation among locals and tourists.

“I’m confident that Hong Kong can become a cultural city,” Ng tells me. “In particular with the opening of two major museums in West Kowloon Cultural District – M+ and the Hong Kong Palace Museum. I can confidently say these two museums are now the finest in Asia. There’s no argument.”

From conception to completion, the HKPM took just five years. “The project was formally launched in 2017 at the celebration of Hong Kong’s 20th anniversary of the Handover, and despite challenges posed by social unrest in 2019 and Covid since 2020, we managed to pull off the project and open according to schedule,” says Ng.

Designed by Hong Kong-based Rocco Design Architects Associates, the HKPM’s distinctive exterior recalls the essence of Chinese art objects. The seven-storey building covers an area of 13,000-square-metres with a total floor area of 30,000-square-metres, and houses nine galleries for thematic and special exhibitions.

Among the key architectural highlights is the vertical central axis, which is inspired by the concept of linked courtyards but translated vertically, using a series of atriums to connect the museum’s floors, each of which opens up to a different sweeping view of Hong Kong, from the city skyline to the outlying islands.

Ng, who was involved in the planning from the outset, worked closely with lead architect Rocco Yim on the design. “We’d reached a consensus that we didn’t want to make a replica or a reproduction of the existing museum, because first of all, we’re not a branch of the Palace Museum. And secondly, I believe we should have our own identity, demonstrating our uniqueness and also reflecting our history and local culture.”

Among the elements reminiscent of the Forbidden City are the great red gates at the entrance, and the beautiful aluminium ceiling installations that enable light to filter wonderful shadows across the atrium. Looking up, you almost feel as if you’re casting an upward glance at the yellow tiled roofs of the original.

Then there’s the uniqueness: beautiful custom furniture, three of which are by architect and designer André Fu – a tapestry at the auditorium entrance, a rug used in a VIP room, and modular seating installation called Eternal Links for use in the public space, which Fu says evokes the silhouette of the traditional Chinese roof tile. Called The Convergence, the tapestry and rug are made by local manufacturer Tai Ping Carpets.

Establishing a Hong Kong flair to the exhibitions was also important for Ng, who needed to strike a balance between a local identity and that of the Palace Museum as a whole. “People who come here want to appreciate the national treasures and understand 5,000 years of Chinese history. But at the same time, we don’t want to be a copycat of the museums in Beijing or Taipei. So how do we do this? We needed to set out our position – to relate these historical art objects to the present day life of the people in Hong Kong. We adopted a modern day interpretation to link the history of the past to the present.”

The Palace Museum is a repository of more than 1.86 million imperial family treasures that offer a comprehensive glimpse into thousands of years of Chinese history and culture. Preserved in the Forbidden City, the imperial palace grounds that housed 24 emperors over the span of two dynasties – Ming (1368-1644) and Qing (1644-1911) – the collection includes sacrificial vessels and artefacts that date back to the earliest dynasties, paintings and calligraphy work from the seventh century CE, Song and Yuan porcelain, ornaments made of gold and silver, antiques in bamboo, wood, horn and gourd, enamel and lacquerware, as well as imperial garments, books, textiles and furniture.

So vast is its collections that it’s impossible to experience them in their entirety. Even Ng, who’s been able to visit parts of the museum closed to public view, says he’s only experienced a tiny part of it. “I’ve visited the Palace Museum many, many times since 1981 when I was still studying in college,” says Ng. “And then I was able to make regular visits when I worked in the Leisure and Cultural Services Department, as I was involved in planning a number of major exhibits. But I think I was only able to experience 20 to 30 percent of the Palace Museum, as there are about 9,000 rooms altogether.”

For the nine opening exhibitions, the HKPM and the Palace Museum are joint curators, displaying 914 artefacts in total. Seven of the nine galleries recount the museum’s own history through artefacts from its imperial collection, including calligraphy and ink paintings, and creations in clay and porcelain. Gallery 2 in particular, has already proved a hit with museum goers. Titled From Dawn to Dusk: Life in the Forbidden City, the gallery weaves in the narrative of the Qianlong Emperor and how he spends his day, displaying various objects and artefacts used in daily court life during the Qing dynasty.

Ng says that for the opening of the Palace Museum, the team were able to pick as they pleased from the Beijing museum’s vast archives. Even pieces on current display weren’t off limits, which speaks volumes about the importance of this Sino-Hong Kong collaboration. Aside from loans from the Palace Museum, Gallery 9 also houses 13 important works on loan from the Musée Louvre in Paris, which is a testament to the depth of cultural exchange between the Palace Museum and those in other countries.

The most interesting collaboration, however, is No Boundaries: Reinterpreting the Palace Museum Culture, a presentation of the work of six local multimedia and interdisciplinary artists, who use an exciting blend of art and technology to bring a new spin to the Forbidden City.

Future plans for the HKPM see the museum as a cross-cultural hub bridging China and the rest of the world. They include next year’s exhibition with Cartier and a presentation of the treasures of the tiny European grand duchy of Liechtenstein. “The year Liechtenstein was established is almost the same period as the Forbidden City during the Ming dynasty,” says Ng. “It’s very interesting to explore this connection as that ruling family also has a 600-year history of collecting items. It’ll be interesting to see the differences in taste, appreciation and culture between China and Western countries.”