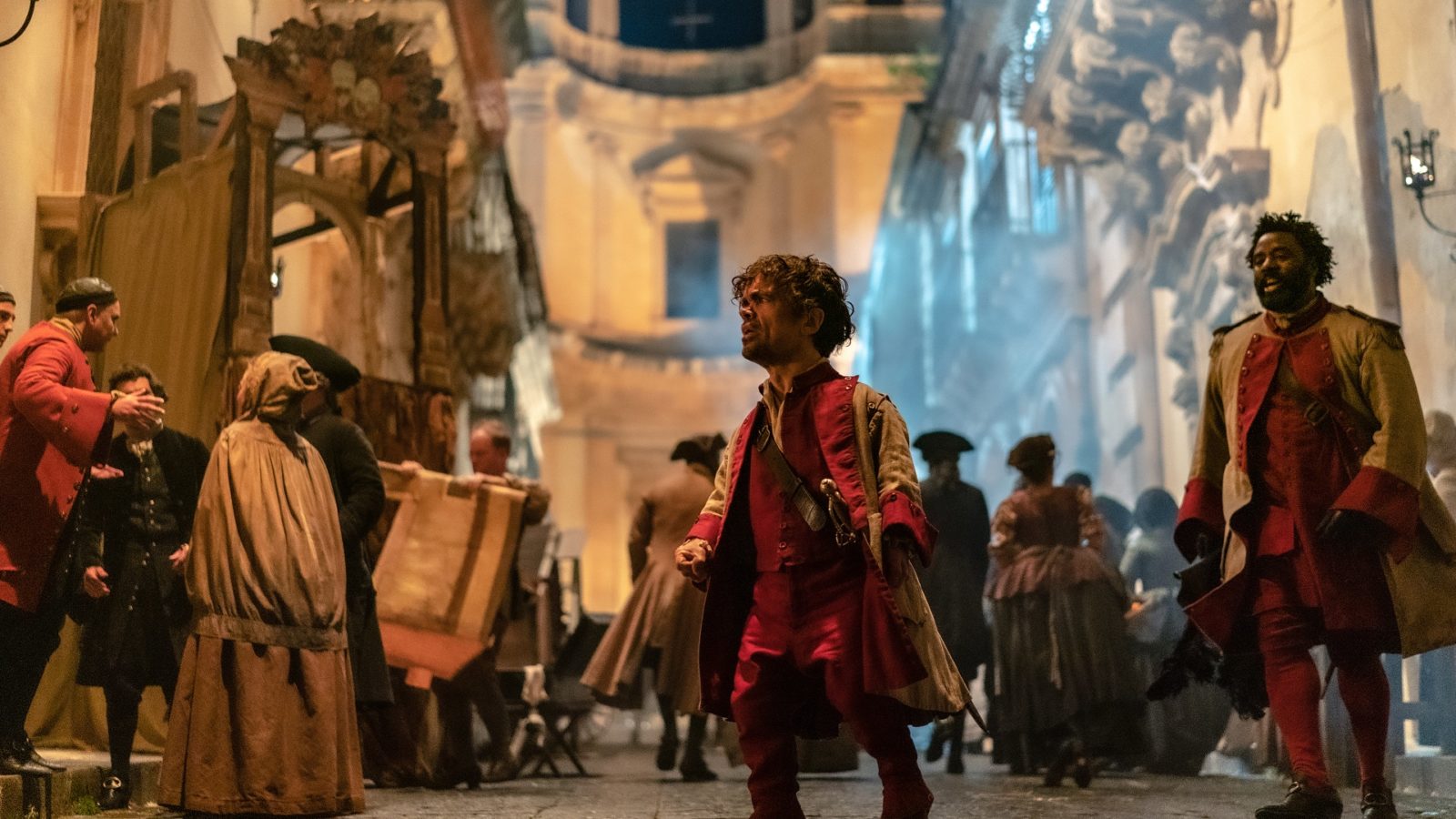 Musical movies are a joy to watch, primarily because of the poetic diction and songs used to convey a range of emotions on the big screen. Moreover, the drama adds to this genre of music, making it more enjoyable when the actor’s words are set to music.

Classic musicals have been a staple in Hollywood for decades and continue to be one of the most significant genres in films through the 22nd century.

More recently, when the COVID-19 pandemic forced the world indoors, many found an unparalleled delight in a musical that is hailed as one of the best films of 2020. Streamed on Disney+, Hamilton came packed with outstanding performances, melodious voices, awe-inspiring cinematography, sublime direction and unforgettable music.

Based on the multiple award-winning Broadway musical of the same name, Hamilton told the story of Alexander Hamilton — one of the Founding Fathers of the United States.

Starring Lin-Manuel Miranda as Hamilton, the film won tremendous critical acclaim and honours such as a Primetime Emmy for Outstanding Variety Special (Pre-Recorded).

Similarly, 2021 saw singer-songwriter Camila Cabello enchant audiences with Cinderella — a musical film adaptation of the classic fairytale from centuries ago. The fairly popular Dear Evan Hansen was also a musical that entertained fans of the genre.

There are more musical movies coming this year and in 2022. One of them is Cyrano, whose trailer has got everybody talking about its casting, costume and cinematography already.

Cyrano is originally based on the 1897 play Cyrano de Bergerac, written by Edmond Rostand. The film’s writer, Erica Schmidt, previously adapted the play for her 2018 Off-Broadway musical of the same name.

The 19th-century tragedy is about a man, Cyrano, who has an unusually large nose, making him believe he is unattractive. An accomplished swordsman and equally great with poetry, Cyrano is in love with Roxanne but is unable to confess his feelings to her because of his inhibitions over his appearance. However, when Roxanne and a young soldier named Christian are drawn to each other, Cyrano decides to help the soldier with poems to woo the lady.

For the film directed by Joe Wright, Cyrano’s character has been re-imagined as a dwarf. The inimitable Peter Dinklage is in the title role.

Cyrano was screened at the Telluride Film Festival on 2 September 2021. It will be released in the US on 31 December 2021, followed by other countries over the next few months.

Reviews following the TFF screening showered praises on Cyrano for its performances, music and costume. It is widely being tipped as a major Academy Award contender.

Marking the feature directorial debut of the acclaimed performer Lin-Manuel Miranda, tick, tick… BOOM! is based on the semi-autobiographical musical of the same name by the late Jonathan Larson.

The musical film will have a limited release in theatres on 12 November 2021 and will be followed by its release on Netflix on 19 November.

“On the brink of turning 30, a promising theatre composer navigates love, friendship and the pressure to create something great before time runs out,” reads the film’s synopsis on the streaming platform.

Andrew Garfield plays the composer Jonathan Larson. In a trailer of the film, Garfield is shown struggling with pressures both personal and societal, while experiencing a range of emotions before he finds the musical note he had been looking for.

Others in the cast include Alexandra Shipp as Susan, Vanessa Hudgens as Karessa, Robin de Jesús as Michael and Joshua Henry as Roger. Jonathan Larson has been credited as the composer.

West Side Story is based on the critically acclaimed 1957 Broadway musical of the same name. It is one of the most anticipated musical movies of this year not only because of its established reputation but also because it is the first musical directed by Hollywood legend Steven Spielberg.

Though the filming was completed in 2019, the maker, Disney, was unable to release it on its scheduled 18 December 2020, slot due to the pandemic. It is now set for release on 10 December this year. The new date marks the 60th anniversary of the 1961 film version of West Side Story.

The story follows Tony and Maria, who are related to the leaders of two rival gangs by blood or friendship, in New York City of the 1950s. The star-crossed lovers have to circumvent tensions between the gangs that would impact their destiny.

Tony is played by Ansel Elgort while Rachel Zegler portrays Maria. Other cast members include Ariana DeBose, David Alvarez and Mike Faist. The original score by Leonard Bernstein has been used in the film.

West Side Story will be available for streaming on Disney+ 45 days after its theatrical run.

Encanto is a fantastical Disney animated tale of magic, music, comedy and lots of adventure. The story is set in Colombia in South America, where a family lives in an enchanted house, which has given each of the members a unique gift like superhuman strength and the ability to talk to animals, among other qualities.

However, the only member without a gift is Mirabel Madrigal. One day, strange events start happening in the house. As the gifts start to disappear, Mirabel takes the initiative to “save the magic”.

Stephanie Beatriz, who is best known for playing Rosa Diaz in Brooklyn Nine-Nine (2013—present), voices Mirabel. Others lending their voice to the cast include John Leguizamo, Diane Guerrero, Jessica Darrow and Angie Cepeda.

One of the eagerly-awaited musical movies, Encanto is set for release on 24 November 2021, in the US and some other countries. It will be released in more countries over the next two days. The film will be played in theatres for 30 days before being available for streaming on Disney+.

The music is by Germaine Franco, who is the first Latina composer from the music branch of the Academy of Motion Picture Arts and Sciences and is best known for her score of Coco (2017) and Dora and the Lost City of Gold (2019).

After Stephen Daldry left the project, director Jon M. Chu of the Crazy Rich Asians fame took over the reins of this American musical feature film, which is a prequel to the 1939 classic film, The Wizard of Oz.

Wicked is based on the Broadway musical of the same name, which is distinguished for being one of the longest-running in the circuit. The Broadway version itself is based on the 1995 novel by Gregory Maguire titled “Wicked: The Life and Times of the Wicked Witch of the West”.

The book and the musical take a revisionist look at Elphaba or the Wicked Witch of the West. Set in a time before Dorothy arrived in Oz, it focusses on the friendship between Elphaba and Glinda, or the Good Witch, and how they became sworn enemies.

Discussions on a film adaptation have been on the cards ever since the Broadway version opened in 2003. The cast of the film, one of the most anticipated musical movies for long, hasn’t been finalised yet. Due to the pandemic, Universal Pictures pushed the film from its slated 22 December 2021, release date and has not yet announced a new one.

The animated musical is a sequel to the commercially successful 2016 film Sing.

Featuring the voices of Matthew McConaughey, Reese Witherspoon, Scarlett Johansson and Taron Egerton, among many others, Sing 2 tells the story of Buster Moon, a small-town theatre owner who brings his singing crew to a megacity to perform at the famed theatre of Redshore City.

However, to make the show a success, he must find a reclusive rock legend Clay Calloway (voiced by Bono) and ensure that Buster doesn’t end up on the wrong side of the ruthless wolf theatre mogul Jimmy Crystal (voiced by Bobby Cannavale).

This musical fantasy is the sequel to the 2007 film Enchanted (pictured), which is counted among one of the finest musical movies of the last decade. Like its predecessor, Disenchanted, too, is part animation and part live-action.

Amy Adams and Patrick Dempsey return as Giselle and Robert Philip, respectively. Giselle and Philip have been married since the events of Enchanted.

When things get tough for the couple in the community they live in, Giselle’s wish for a perfect fairytale life puts her family and her land of Andalasia in trouble.

The music of the film is by Alan Menken, and it is directed by Adam Shankman. Disenchanted will be released in 2022.