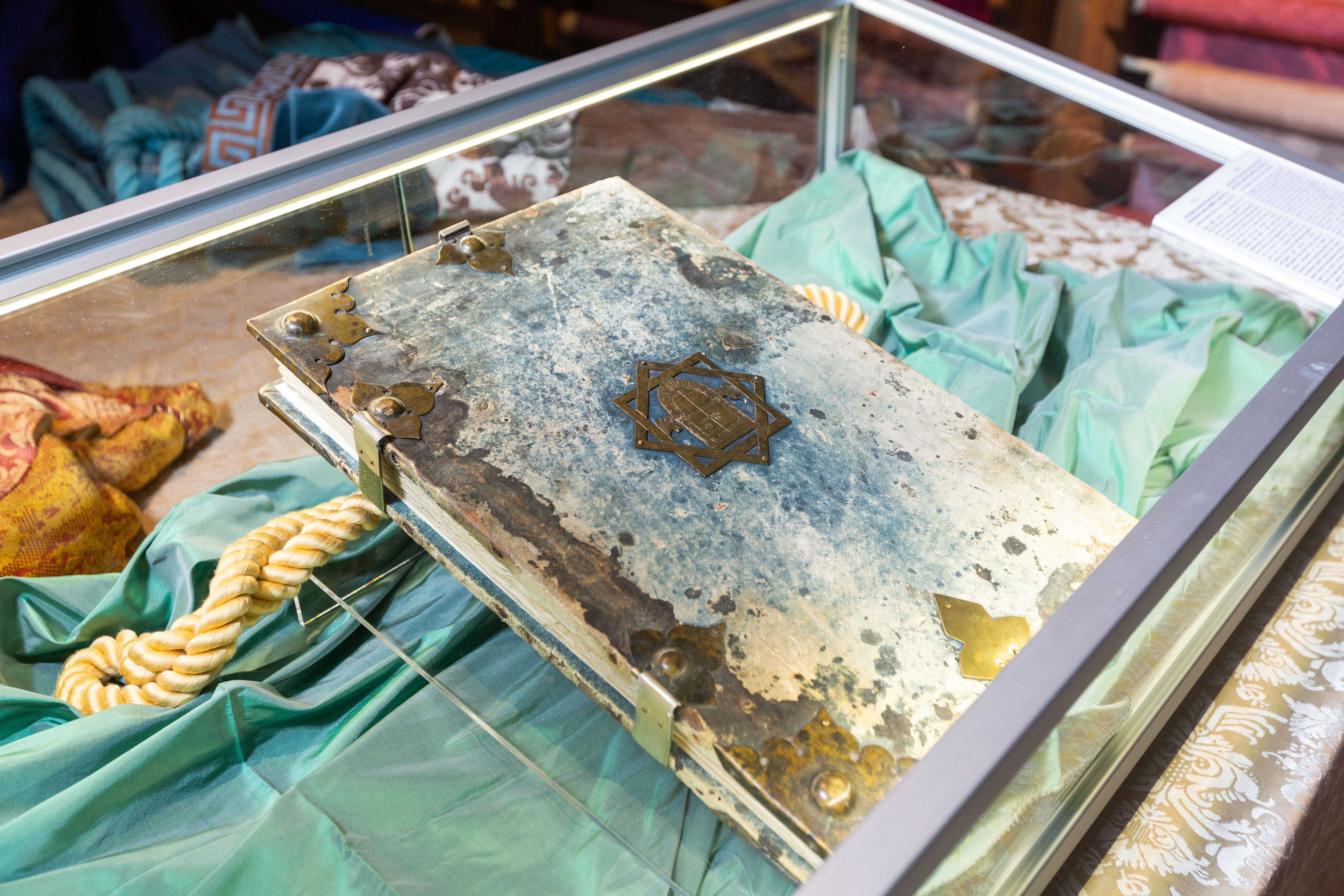 Next year marks the 500th anniversary of Leonardo da Vinci’s death, sparking off a string of exhibitions around the world celebrating one of humankind’s most prolific polymaths. At the Uffizi Gallery, in the heart of da Vinci’s former home of Florence, the Codex Leicester journal has been put on display, loaned to the museum by Bill Gates, who bought the tome 24 years ago for US$30 million. The exhibit, Water as a Microscope of Nature: Leonardo da Vinci’s Codex Leicester, has been on show since late October and remains at the museum until January 20.

In light of tech maestro Gates’s involvement, it’s fitting that exhibition curator Paolo Galluzzi and the Uffizi have worked to enhance many of the Codex Leicester’s pages through technology, bringing some of the hard- to-decipher handwriting to life on scrollable screens that allow the viewer to “turn pages” digitally. The beauty of the illuminated manuscripts, the fascinating quirks of da Vinci’s “backwards” handwriting and, of course, the author’s star power are attracting science nerds and art buffs alike.

This is only the second time the journal has been on museum display in Italy. The Uffizi’s progressive director, Eike Schmidt, has stated that this particular exhibition demonstrates the institution’s efforts in “making accessible for everyone complex themes about scientific research”.

The exhibition, highlighting da Vinci’s musings on the nature of water (which he believed to be the driving force of all nature) as well as the celestial realm, reveals the workings of one of the Renaissance’s greatest minds. Often contradicting the Catholic Church’s theories on the structure of the solar system and nature, da Vinci’s writings in the Codex Leicester offer the scientific background and observations to many of his theories, inventions and works of art, explains Galluzzi.

This is not an exhibition that you’ll scan quickly, for the devil is in the details. Its importance lies in the radical ideas explored by the painter of The Last Supper and the Mona Lisa – his seeing proof of prehistoric life in fossils, his extraordinary drawings, his musings on phenomena yet to be realised: “Once you have tasted flight, you’ll forever walk the Earth with your eyes turned upwards.” Then there’s da Vinci’s fascinating theories about the Moon and Earth – even when he incorrectly postulates that the Moon’s glow comes from the sun’s light being reflected off water on the Moon’s surface.

The Codex Leicester exhibition is also in part an ode to Florence, at da Vinci’s time an important centre of European thought, art and culture. The Arno river that flows through the city features heavily in his theories of how water is a reflection of the natural system as a whole. Indeed, da Vinci’s time spent in Florence means that much of his work is a triumphant testament to the city’s arts, history and culture, which is one of the reasons that the Uffizi exhibit is partly sponsored by native Florentine luxury men’s brand Stefano Ricci.

As is common in Italy, it is fashion houses that are the saviours of much of the country’s historical heritage. The €22 million sponsorship of the Colosseum renovations in Rome by Tod’s, Fendi’s restoration of the Fontana Trevi, Bvlgari’s rehabilitation of the Spanish Steps and Foundation Prada’s work with art and architecture are cases in point.

Stefano Ricci’s support of Florentine heritage has also been in the spotlight. In recent years the maison bought an ancient silk mill – Antico Setificio Fiorentino, the oldest in Europe – from the family of Emilio Pucci. A loom built on a da Vinci design is one of the fashion house’s most prized possessions. The night before the Uffizi opening, during an intimate dinner at Antico Setificio, the brand hosted a special display of another da Vinci tour de force: drawings and writings from the Codex Atlanticus.

“We are honoured to bring all these special volumes to Florence,” said brand CEO Filippo Ricci, addressing the VIPs gathered for the occasion. “It was something which started about a year ago when we started conversations with the Uffizi Gallery, for this specific anniversary. We also have a special document that states the birth of Leonardo da Vinci noted down by his grandfather.”

That tome, too, is remarkable. And not long after the daytime crowds finish ambling across Ponte Vecchio, the magic of Florence, especially under flickering candlelight, is all too real – even half a millennium after da Vinci’s death.

Sign up to get the latest luxury and lifestyle news delivered to your inbox.
exhibition leonardo da vinci
Jing Zhang
Editor at Large
Jing Zhang has lived in the UK, Beijing, Hong Kong and Shanghai. Now, she splits her time between Hong Kong and London. She has worked in media for over 15 years, across both magazines and newspapers, covering style, design & architecture, culture, travel, arts, film and social issues. Having developed an expertise in Asian creative industries and fashion, She regularly consults brands, speaks & moderates international forums. In her downtime, Jing loves globetrotting, painting and reading escapist novels, glass in hand.
Fashion beauty ART Design travel people culture Tech