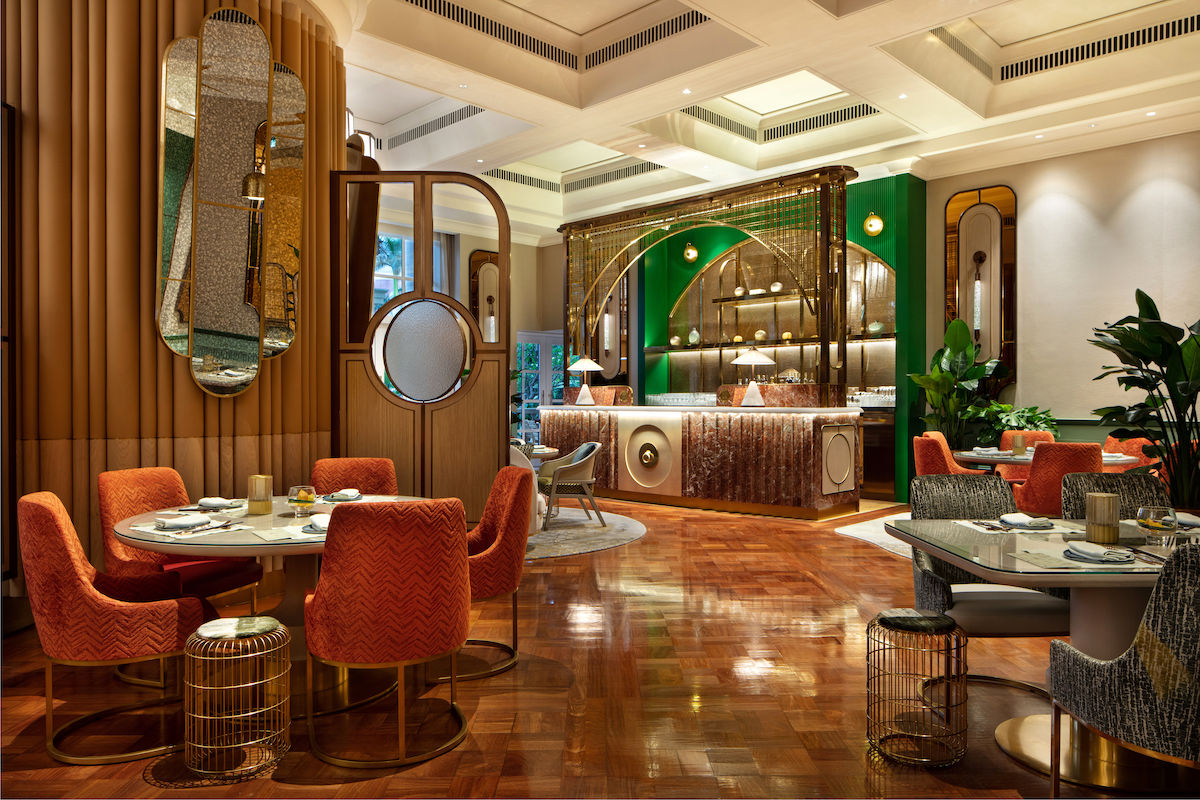 Since setting up his concept architecture and interior design practice in 2015 in Hong Kong and Manila, JJ Acuna has designed some of our city’s most popular hospitality outlets, including Elephant Grounds’ Caine Road flagship and chef Vicky Lau’s Tate Dining Room.

I recently met him at Coffeelin, the new coffee-to-cocktails shop in Happy Valley that he designed, to discuss the inspiration behind it and the importance of concept- driven design in a world of Instagrammable space

What’s the inspiration behind your latest project, Coffeelin?

Our company is called Bespoke Studio because it comes from the concept of tailoring in menswear. We take everything into consideration for you, from your personality to other details. Some designers in Hong Kong believe that everything has to look like them. For this project specifically, what makes it great is that the client has a really great relationship with a coffee-bean roaster in Milan, called Griso, which he wanted to import to Hong Kong. They opened a really small location in Sai Ying Pun, which was a hit and people in the neighbourhood responded well to the coffee. I really wanted to honour his vision for this new space.

This was the first time he hired a designer to do it professionally, and he wanted to honour Milanese culture in Happy Valley, which is very lifestyle-oriented and up-and-coming. Milan is a stylish design and culture capital, a mix of old and new, and a coffee capital, and I’m all for that. I loved the fact that the space is a corner site, especially because of its intersecting windows. We’ve got these tall ceilings, which was very unexpected. There’s something unique about this space and we could create a concept that was delicately inserted into the neighbourhood.

Can you talk us through the choices behind the floors and walls?

The idea was to bring the palazzo aesthetic to Hong Kong in a very non-pushy way, to almost make it look as if it had always been here, even before we moved in. For the floor, we designed this unique pattern with travertine and red marble, two kinds of stone that you’d see in Italy, both not polished to make it a bit more down-to- earth and approachable. The curtains at the windows are very European, and because it’s a coffee-to-cocktails place there’s more privacy after 6pm. In the daytime, it’s all about opening it up, because usually all these windows are open to connect outdoors and indoors.

On the wall there’s a Memphis-style graphic, like graffiti, which we combined with their logo, the coffee bean. It’s something that you can appreciate again and again without having to put a poster on the wall that says “Milan”.

This space is very Instagrammable. As a designer, how do you achieve the balance between creating Insta-worthy places without compromising the identity?

A lot of people are investing in coffee shops nowadays, because of the hype around them – I feel there’s one opening every week. The goal is to create something that’s different from the rest. I mean, I’d like to take credit, but it’s really in the brain of the owner and how much the owner really cares about it and believes in the product and the operation. The idea of a Milan-inspired concept came from him, to conceive something different. So many coffee shops are black and white, or completely white because of the popularity of the Scandi, Japanese or Ozzy aesthetics. I don’t want to shade anyone, but it’s easier to do an all-white space and charge $40 or $50 dollars for a cup of coffee. You gotta make it look like you care, so that’s probably why I appreciate when the client cares and convinces me to care.

I use Instagram a lot myself. I love social media and even before I had my own design studio, I was already sharing food photos and everything. Fortunately, for businesses that succeed, sharing and trending on Instagram is a really great way to spread the message without spending too much on marketing. But, I really hate Instagrammable spaces, because it means that people won’t come back! It’s one thing to design Instagrammable spaces – and, to be honest, that’s in a lot of clients’ briefs these days, especially if they want to attract Gen Z and Millennials – but I always try to tell them that people often tend to be here for one shot. You need substance. You need to step it up with products and service operations that match the interior. I want to create welcoming spaces that are night sensitive to people’s eyes, feel and touch. It has to be comfortable, it has to be humanistic and we have to consider every little thing, so that people want to come back again and again.

We try to make spaces like that, and that’s why we have a really good hit rate with our restaurants and cafes in Hong Kong: they stay open, because we try to create a sense of spirit and a sense of place. It’s not just about putting crap on the walls, it’s about why. That’s why – when we can and if the client has a budget – we bring in artisans to give the space a point of difference, something unique. So, yes, like handcrafted. I don’t want to use the word artist, because it’s overused and people have lost the meaning to that, but I like to bring other people in to collaborate, to also give a sense of community.

“Design isn’t just plastering materials on surfaces, it’s sharing my love for what I do with other people”

Do you prefer designing homes or public spaces?

That’s a really great question. I prefer designing public spaces. But we have started to design more homes. I love public spaces, because it makes me so happy to see the project evolving and growing after the day of opening. So, with this project specifically, I’ve had friends and family members, whose perspective I really value, come here a lot and hang out without even telling me anymore, and also a local architect whom I really admire comes here every Sunday and makes sure to Instagram it. Design isn’t just plastering materials on surfaces, it’s sharing my love for what I do with other people and hopefully making their day a little bit better. I do have home projects now. And it’s basically for clients who’ve gone to restaurants I designed and want that perspective.

You also work in Manila. How is it to be a designer there compared to Hong Kong?

Manila is really underrated. The people are really awesome, and I think there’s so much to explore. Considering the difficulties and corruption that you have in the Philippines, there’s still so much optimism to do what they need to do and to be even more creative. In Hong Kong, you could get a better handle as to what you can do because you’ve got an infrastructure to support small businesses or any business; in Manila it’s the wild, wild west. It’s all for yourself. But that said, people who’ve survived and thrived in the city were able to really figure out a niche or a space in which they can operate. Within the urban landscape, but also within their business community. People with a vision can thrive there, and the fact that they can do so under those circumstances is really heart-warming to me.

I was born in Manila and I consider myself a Filipino, even though I was raised in Texas. And that’s exactly why I like to invest half of my team there and that’s why I like to support my clients, because I feel that they have amazing ideas in terms of food and culture.

Tell us about some other projects you’re working on.

On top of my projects in Manila, I’m designing a home in Bangkok. There are also other exciting things coming up in Hong Kong – the hospitality industry is thriving. We also did a project at the Four Seasons Hotel Macao during Covid, which saved our studio – not from a business perspective, but it really saved us creatively. We designed a new Tea House, Xiao Ting, which was completed this February. We just had really optimistic clients with a vision, who really saw a world after Covid, because we began designing it during very dark days.