St. George’s Mansions is a Landmark in Luxury

By editorial
Presented by Sino Land 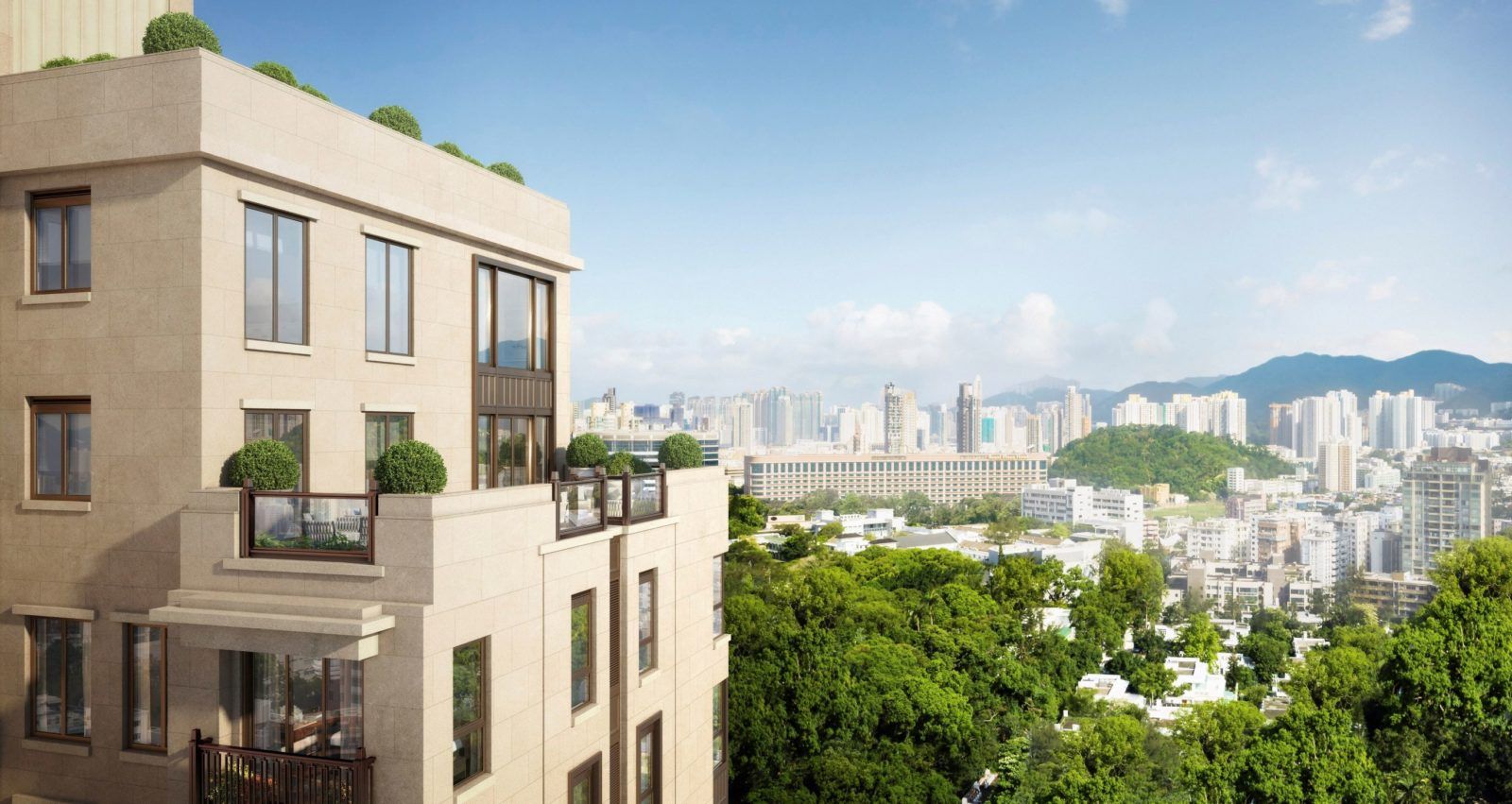 Pursuits
St. George’s Mansions is a Landmark in Luxury
Share
Next article

Rising over Kadoorie Avenue, St. George’s Mansions is the epitome of timeless elegance.

For the best part of a century a favoured location in what’s certainly one of the most desirable areas in Hong Kong, Kadoorie Avenue is treasured for its period villas that sit in tranquil seclusion behind high walls and are shaded by the lush foliage of mature trees. The avenue’s apex, Kadoorie Hill, offers an unobstructed viewpoint over the rooftops and greenery to Hong Kong’s mountainous skyline. 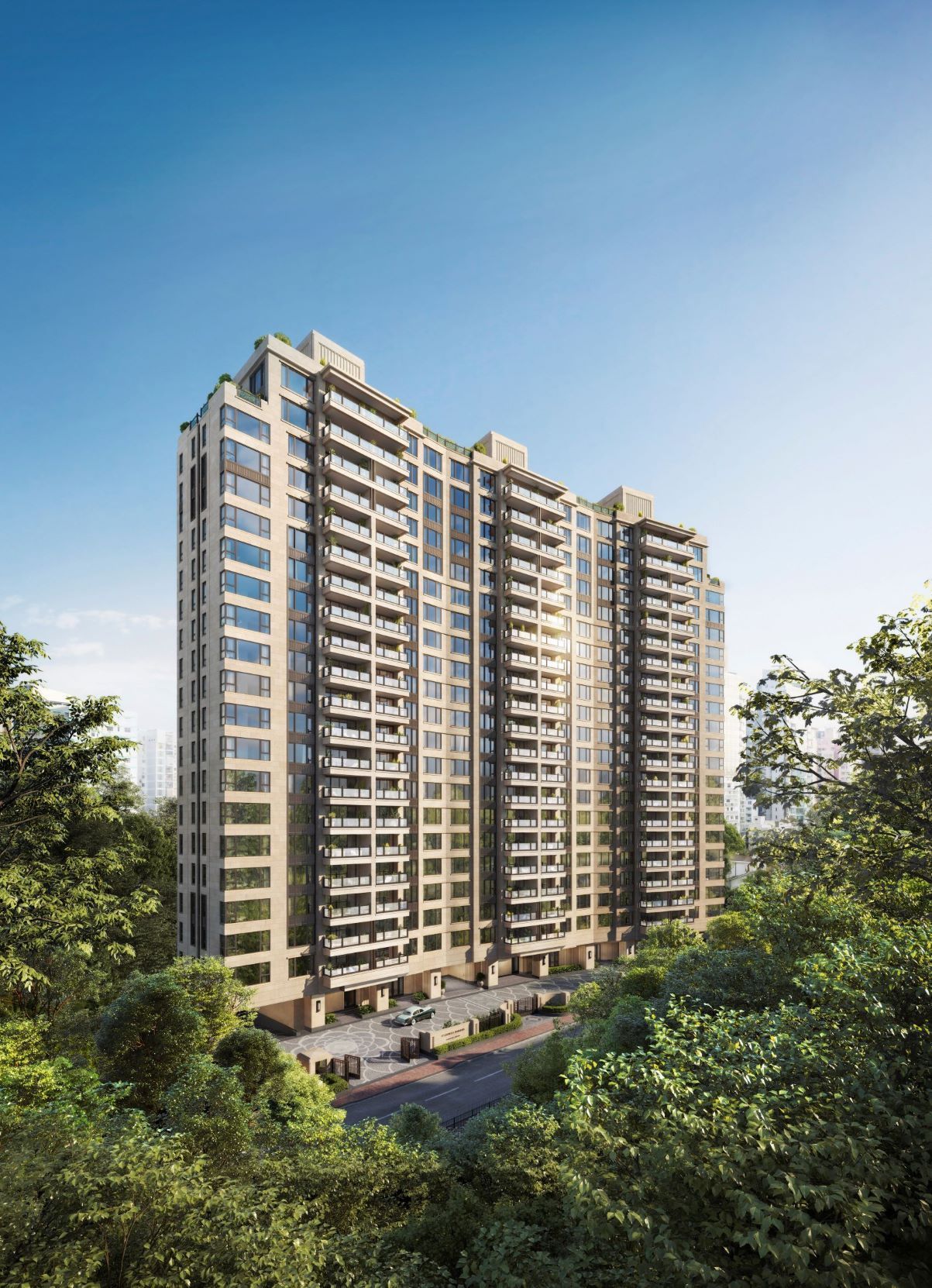 Not only has this neighbourhood served as the long-time address of some of this city’s most famous residents – including the Kadoories themselves, one of Hong Kong and the region’s most established business dynasties – but close at hand are also several of Hong Kong’s most notable educational institutions. And it’s right here, at the very epicentre of privileged and easeful living, that the CLP Group and Sino Land have chosen to construct their magnificent new residential development, St. George’s Mansions.

Named for a pair of apartment blocks that once occupied the same site, the project was entrusted to the famed New York architectural practice of Robert AM Stern Architects, whose team sought to reflect the site’s historic significance and exclusive, low-density character through a modern classic design and the use of the best materials, sourced from around the world. “We are creating a landmark,” said Stern, a former Dean of Yale University’s School of Architecture, “a very desirable address that will be passed on from generation to generation.” After lengthy consideration, the team came up with a design that comprises three connected towers, which together house 175 spacious residential units. 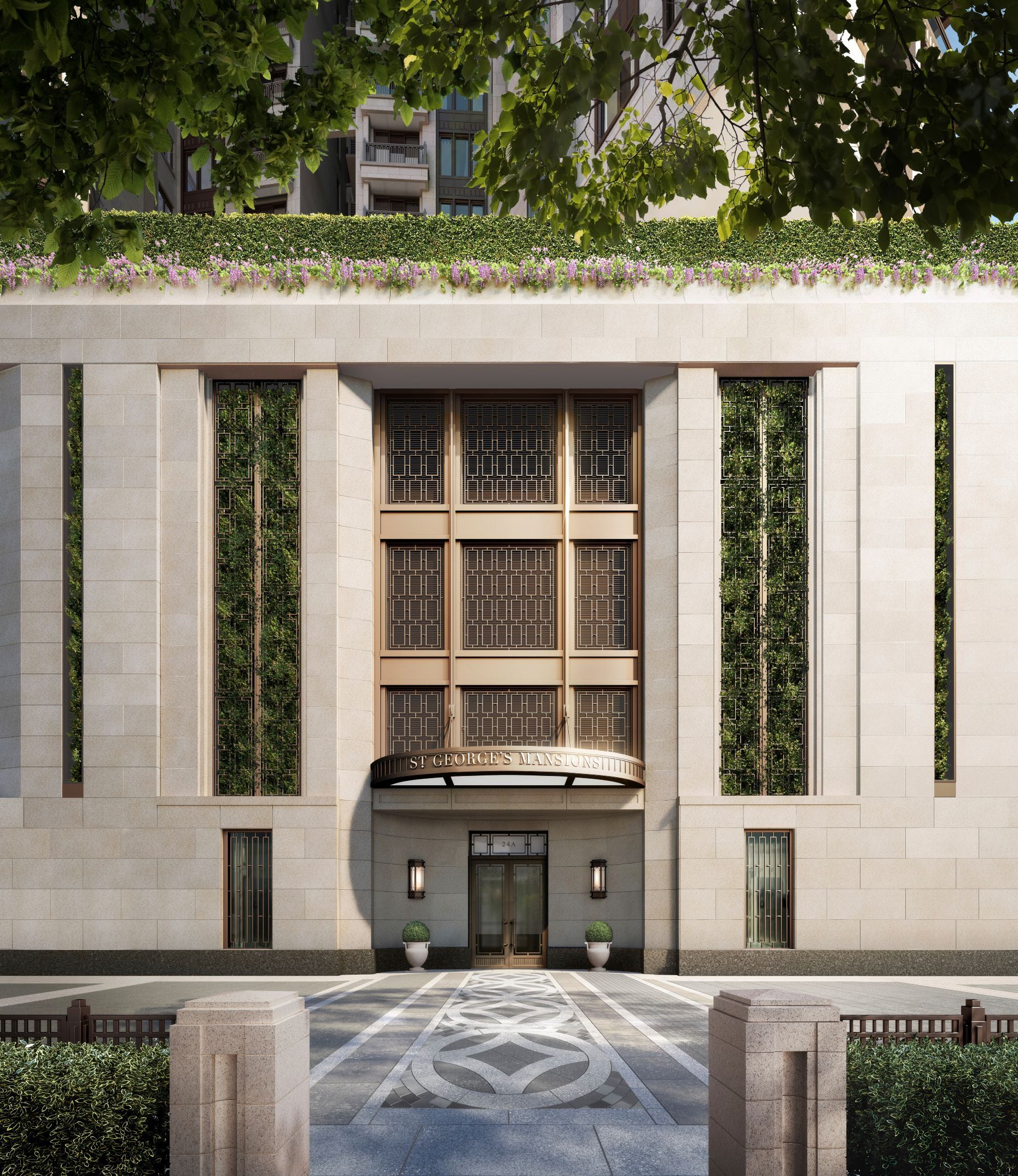 A sense of classic modernity that typifies many of Stern’s New York projects is achieved through the natural stone finishing of the building’s elegant facade, which combines Portuguese Gascogne beige limestone, and windows clad in bronze-coloured aluminium. Together, these materials emanate a warm refulgence that empathises perfectly with the understated graciousness of the surrounding trees and villas.

Behind the graceful exterior of St George’s Mansions lies an inventory of residential apartments that are unusual both in their spaciousness and the quality of their appointments. Most units have three or four bedrooms, but along with a smaller number with two, there will also be five generously sized simplex apartments.

Regardless of size, all units feature a spacious layout with formal living and dining rooms and high ceilings, with a classic contemporary aesthetic. Most units have three or four bedrooms, but along with a smaller number with two, there will also be five simplex apartments. Floor areas range from approximately 760 square feet for the two-bedroom units, and from 1,800 to 2,100 square feet for the three- and four-bedroom apartments, to an extremely generous 3,300-3,600 square feet for the simplex units.

It goes without saying that the interiors are created using the highest- quality craftsmanship, materials, fittings and equipment. Kitchens, for example, are fitted out by the esteemed German company Poggenpohl, with appliances by brands such as Miele, Gaggenau and Sub-Zero.

Naturally residents have access to the clubhouse, where facilities include The Great Hall in which residents can meet guests and socialise with neighbours; a pair of Great Rooms, where private events and dinners can be organised; The Garden function room with an “inside-outside-living” concept; a beautiful landscaped garden with outdoor lounge and courtyard designed by Philip Liao and Partners; a stunning swimming pool; a Children’s Playroom; and a Gymnasium and Yoga Room.

Not only does St. George’s Mansions offer the opportunity to own one of the most prized addresses in Hong Kong, but it will be a home that you and your family will be able to treasure, one that can be passed from generation to generation long into the future.