Dolce & Gabbana’s Luxury Sicilian Villa Can Be Yours for HK$57.1 Million 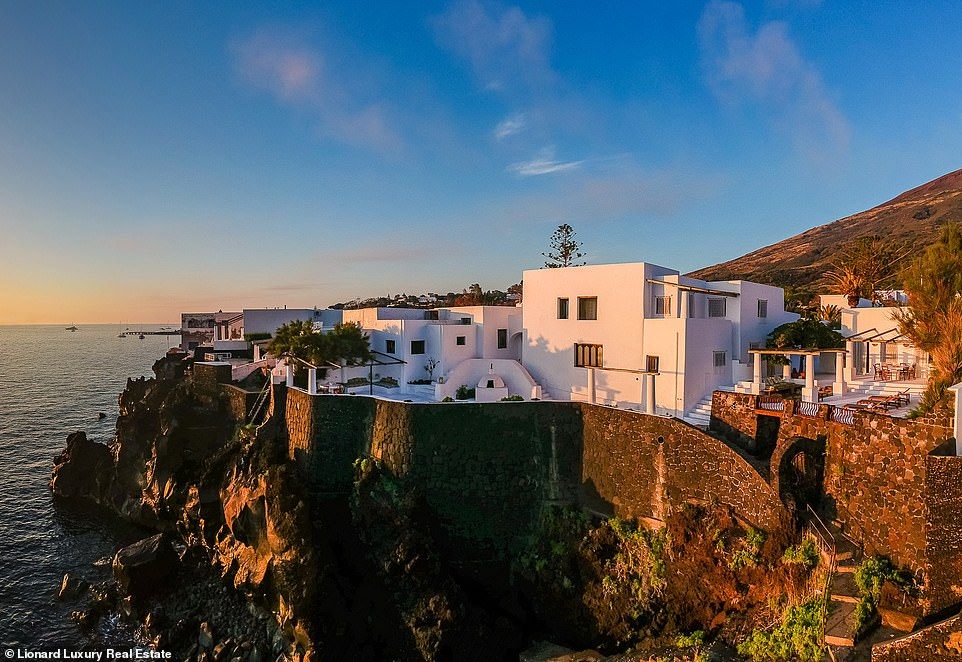 Pursuits
Dolce & Gabbana’s Luxury Sicilian Villa Can Be Yours for HK$57.1 Million
Share
Next article

Italian designers Domenico Dolce and Stefano Gabbana of Dolce & Gabbana are selling more than fashion these days. The duo’s Sicilian seafront villa is now up for sale for the eye-popping price of HK$57.1 million (US$7.3 million). The electric and bold glamour of the iconic Italian brand is seen throughout this luxurious property; located on the island of Stromboli, it sits spectacularly on a cliff overlooking the blue expanse of the Mediterranean Sea and a 3,000-foot-high, oft-erupting volcano.

The villa, which has been owned by the partners since the mid-1990s, was once the setting for lavish parties hosting several A-list celebrities, including Madonna and Naomi Campbell. Surprisingly, it’s deceptively modest with a rustic vibe from its whitewashed façade and straight lines.

Surrounded by expansive terraces and lush gardens and trees, the property invites you to bask in the tropical beauty of its environs. The interior, however, is where the creative aesthetics of Dolce & Gabbana make a dazzling statement. According to Lionel Luxury Real Estate, who is responsible for this listing, the villa “has been renovated according to the style and taste of the two designers, who have furnished it with the same love and passion that they put into designing their clothes.”

Comprising three traditional Aeolian cottages that have been merged into a single entity, the 5,383-square-foot house has seven suites and nine bathrooms. Each suite boasts a colour theme, from sunshine yellow and turquoise blue to candy pink and neon green. Adding to the mesmerising impact of these shades are furnishings that include “unique pieces and fabrics from the fashion house combined with local handmade pieces, colourful hand-painted majolica tiles and lace curtains creating a unique aesthetic,” as described by the agency.

The living and dining areas are equally imaginative, featuring ornate chandeliers that form the central piece of wildly colourful rooms with walls that are adorned with an eclectic selection of art and numerous gold-painted antique cherubs.
Perhaps appropriately, this highly evocative space was used as the setting for a 2015 Dolce & Gabbana commercial starring Colin Farrell, for one of their fragrances.

And while there’s been much speculation behind the duo’s decision to sell this amazing property, nothing has come to the fore. One can only wonder if their losses as a result of the controversy surrounding their misguided China-based campaigns last year have anything to do with it.

In the meantime, interested buyers can look forward to sitting on the villa’s vast terrace, sipping on a fruity beverage, as the soft sea breeze of weaves through the swaying trees.