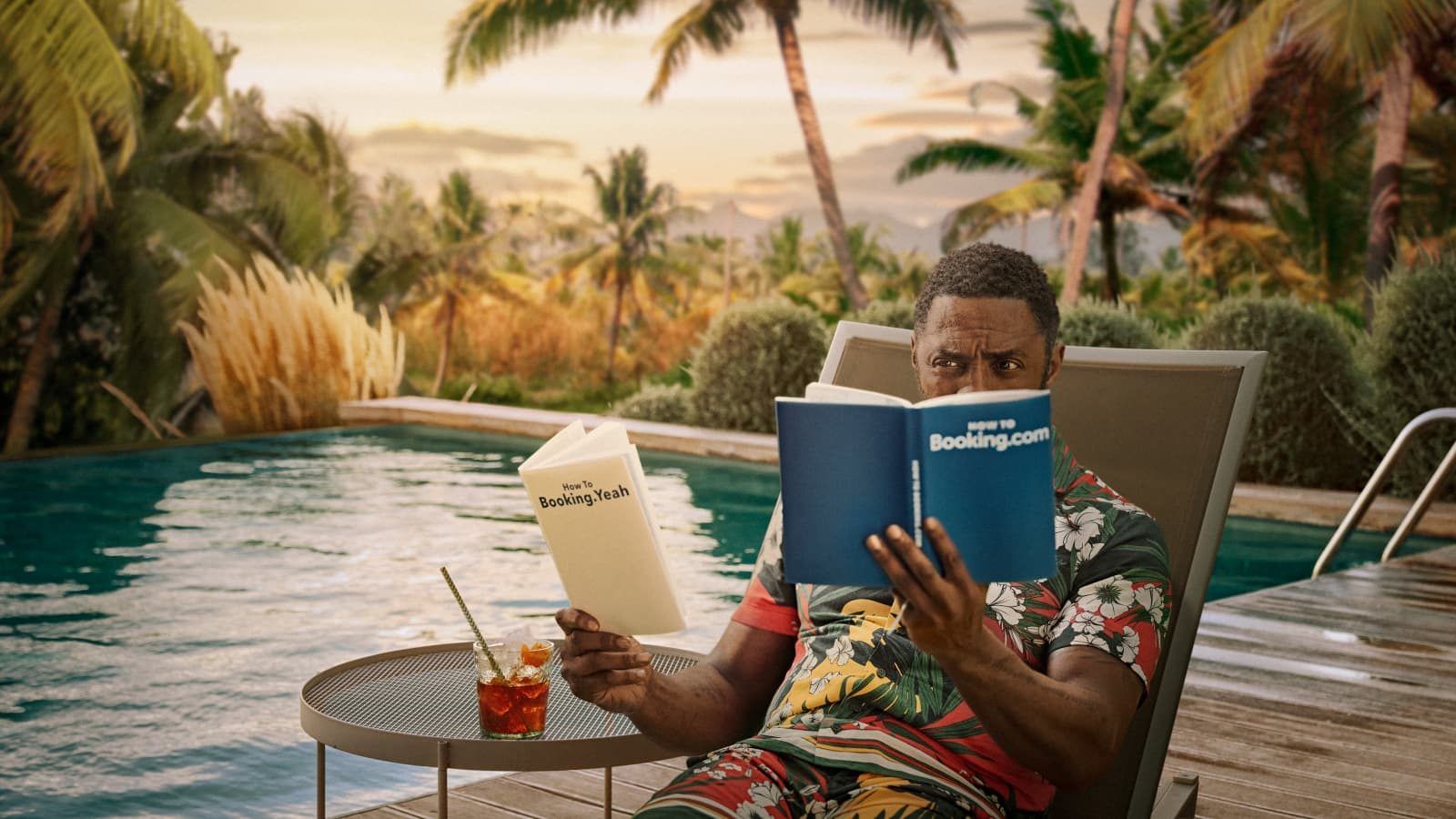 Cincinnati Bengals took on Los Angeles Rams at the Super Bowl LVI on 13 February 2022. The game was held at the latter’s home ground at the SoFi Stadium in Inglewood, California, US. For those who are new to the Super Bowl, it is an annual playoff championship game of the National Football League (NFL).

Other than the game, fans look forward to the half-time show. This year, several prominent personalities from the world of music performed while the two teams took a break.

Snoop Dogg, Dr Dre, 50 Cent, In Da Club, and Mary J Blige were among the performers. Joining them was Kendrick Lamar, who sang “Alright”, and Eminem, who added to the chorus of “Forgot About Dre” along with his own song “Lose Yourself”.

The game and the half-time performances are not the only features that draw fans to the mega sporting event. The Super Bowl has long been a magnet for big-budget advertisers, vying for the attention of fans on the ground and those watching from home.

Reports say that over 40 companies pre-released their commercials in 2022. The number was higher than last year.

Among the big names who grabbed the ad spots at Super Bowl LVI are BMW, Tonal, General Motors, Taco Bell and Budweiser. There is also a host of new entrants from the world of travel and cryptocurrency, including Coinbase Global, Booking.com and Crypto.com.

A major Super Bowl LVI ad was of Budweiser’s Clydesdale horse, making a return to the event. The TV spot, directed by Academy Award winner Chloé Zhao, shows the horse getting injured during a jump at a ranch as his canine buddy watches on.

As seasons go by, the lovable dog remains close to the horse, which encourages the latter to recover. “In the home of the brave, down never means out,” the inspirational ad reads at the end.

Budweiser did not appear at the 2021 Super Bowl due to the pandemic.

As the friends chase the two strangers, they enter the fantastical world of “Flavortown”, whose mayor (Guy Fieri) declares the drink has “the loudest flavors ever.”

One of the biggest headline grabbers among Super Bowl LVI commercials was Coinbase’s bouncing QR code, which led to so much traffic to the cryptocurrency company’s app that it crashed.

The spot, titled  “Less talk, more Bitcoin”, featured a coloured QR code bouncing on the screen, like the DVD logo meme. Anyone who scanned it landed on the website of Coinbase.

Through the 60-second ad, Coinbase announced a limited-time promotion of USD 15 worth of free Bitcoin to the first sign-ups. There was also a USD 3 million giveaway for customers.

Starring Serena Williams, this is the first Tonal ad to feature at the Super Bowl. The 30-second commercial, titled “Strength Made Me”, shows the all-time tennis great training on a Tonal wall-mounted machine.

Williams is an early investor in the fitness company, which is known for its home-gym products.

Schwarzenegger plays Zeus while Hayek is Hera. The ad begins with Zeus and Hera announcing their retirement and heading to Palm Springs, California, for a life of peace and luxury.

However, Zeus is seen struggling with all sorts of electric appliances in the mortal world, while Hera finds it easy to use them. But just when he thought all hope was lost, Hera introduces him to a BMW iX all-electric car, and the two gods go on a drive.

The ad marks the return of BMW to the Super Bowl after seven years.

Bud Light Next with NFTs and the metaverse

Bud Light Next is the first zero-carb beer from Bud Light. The ad is titled “Zero in the Way of Possibility” and incorporates the metaverse and NFTs.

The spot shows various people breaking away from their boring existence and traditional conventions before coming together at a musical performance in the metaverse. American singer Barbra Streisand’s “Gotta Move” becomes the background score of the ad.

Zendaya stars in the Squarespace “Everything To Sell Anything” ad.

Disappointed that no one was buying her goods, Sally turns to Squarespace to promote her business and becomes a “seashell celebrity”.

T-Mobile showcased three ads at the Super Bowl LVI. Two of these were around 5G, which seemed like an original and a sequel.

The first one features country music legend Dolly Parton who urges customers to use T-Mobile so that their 5G phones can be used anywhere. It ends with Parton getting a call from “Wrecking Ball” singer Miley Cyrus, who takes over in the second spot.

Cyrus then takes the “mission” forward by singing a faux-charity song for the benefit of 5G phones. Her song is inspired by Parton’s in-ad line, “Do It for the Phones”.

In the second ad, the attempt by T-Mobile at rival Verizon is more pronounced through the use of props.

This is the first ad by the online retailer at the Super Bowl. The 30-second spot shows Ted Lasso actress Hannah Waddingham, playing a game of poker against another player. As Waddingham keeps raising the stakes, the other player keeps matching it.

Eventually, the player raises the stakes using a cashback she earned on Rakuten. At this point, a frustrated Waddingham leaves the table.

Titled “Old Friends, New Fun”, the 60-second commercial is about the metaverse that Meta envisions.

The ad involves anthropomorphic characters in the world of humans who play music at a restaurant named Questy’s. As the world changes, the friends are left alone and one of them ends up as a mascot. But thanks to Quest 2 and Horizon Worlds, they could get back together and perform at Questy’s in a virtual world.

The ad was reportedly produced by Meta Reality Labs and Meta’s ad agency Anomaly LA. Meta, formerly Facebook, was not present at the 2021 Super Bowl.

One of the biggest men’s personal care brands returned to the Super Bowl after a gap of 16 years.

The 30-second spot talks about the advantages of the new GilletteLabs razor with an exfoliating bar, which helps remove dirt from the way of the blades for a smooth shave.

The ad is also noticeable for not featuring any celebrity and maintaining a simple, straightforward focus on the product. It ends with Gillette’s famous tagline “The Best a Man Can Get”.

Uber Eats created history in 2021 when it made a delivery in space. The ad features cameos by several prominent celebrities, including  Trevor Noah, Jennifer Coolidge, Nicholas Braun and Gwyneth Paltrow.

The commercial shows the celebrities getting confused with the items delivered by Uber Eats. They are shown chewing, munching and drinking items they think are edible but are actually not such as diapers and pencils.

The ad ends with the text: “Now delivering Eats. And Don’t Eats.”

The 60-second spot features comedian Larry David who is shown at various points in time disagreeing with everything — from the invention of the wheel to Edison’s lightbulb and from the right to vote to the launch of Walkman.

Eventually, Larry, in the contemporary time, is seen disagreeing with the potential of cryptocurrencies and says, “I’m never wrong about this stuff. Never.”

The spot then ends with, “Don’t Be Like Larry”, indicating that he has always been wrong.

‘Idris Says Things’ is the first-ever Super Bowl commercial by Booking.com. Based on the 2013 “Booking.yeah” campaign, the ad shows actor-director Idris Elba.

In the 30-second ad, Elba is seen travelling to various destinations across the world — from onsen and snowy destinations to tropical beaches. While at it, Elba speaks about the company’s not-so-flashy or creative name.

The ad is significant as it comes when the world is gradually recovering from the COVID-19 pandemic and reopening to international travel and tourism.

The fictional villains are seen in control of the General Motors headquarters. As Dr. Evil thinks about what to do next, his acolytes convince him to tackle climate change first because it has made him the “number two threat” in the world. Helping them is GM’s range of electric vehicles.

GM points out that it aims to have 30 EVs globally by 2025, as the tagline “Everybody In” flashes on the screen.

The two are seen munching Lay’s potato chips and reminiscing about their friendship over the years, which includes road trips, getting kidnapped and finding a female ghost in Rogen’s new house. It ends with Rogen getting married to the ghost as they celebrate together.

Lay’s ends it with the slogan: “Stay Golden”.

Eugene Levy, the actor and co-creator of Schitt’s Creek, turns into a reluctant action star when Brie Larson gives him the keys to a yellow Nissan Z sports car. As Levy takes it for a spin, he becomes more of an action hero with each scene.

Among the other actors who join Levy in the ad are Danai Gurira, Dave Bautista and Levy’s Schitt’s Creek co-star Catherine O’Hara.

The all-electric 2023 Nissan Ariya can also be spotted in the ad.