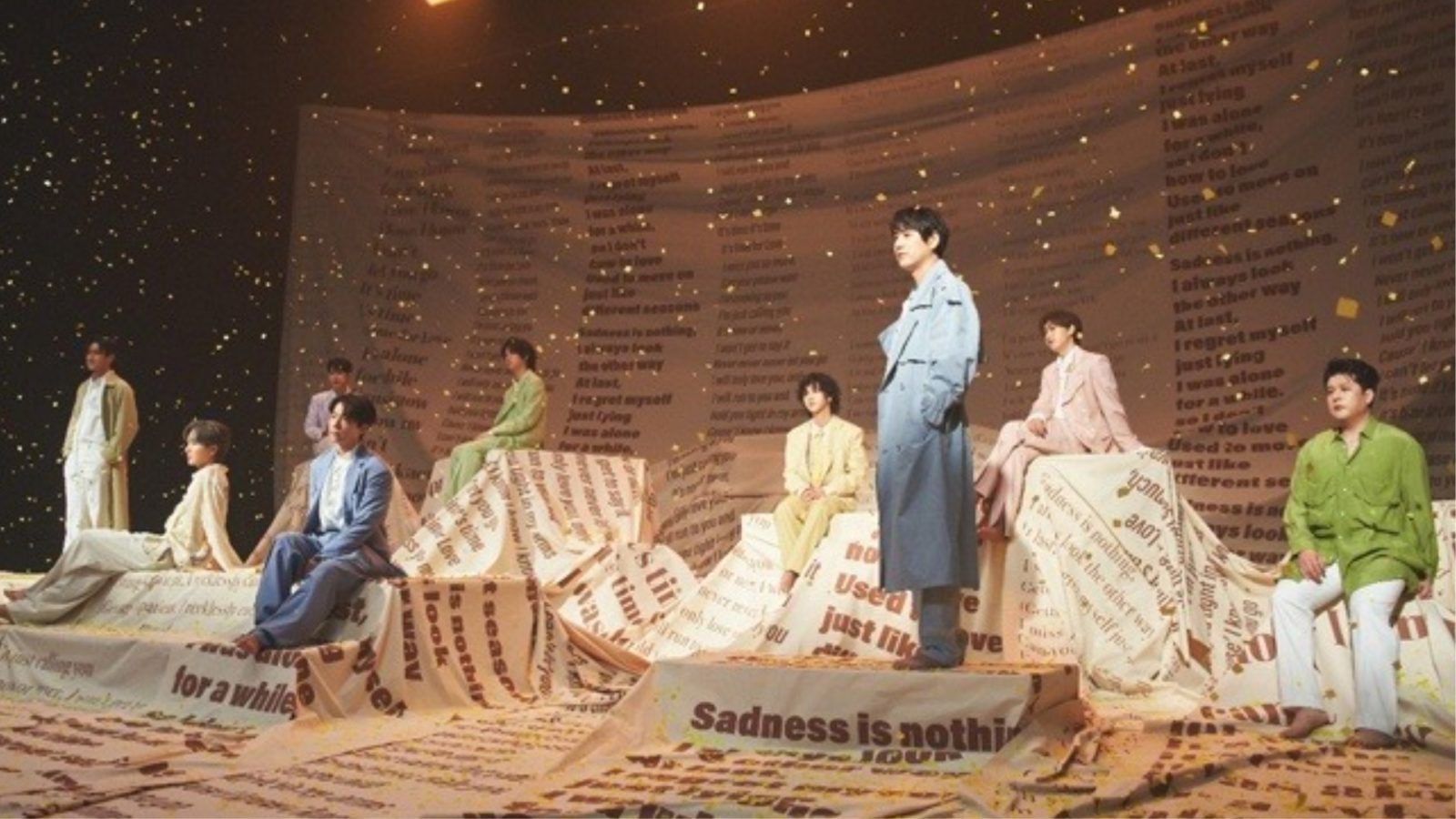 Valentine’s Day for K-pop fans became extra special as the boy band, Super Junior, chose the day of love to officially announce their comeback with a new special single album. The band will be releasing new music after a year.

What do we know about the new single?

Not a lot of information has been revealed yet regarding the upcoming single, including the name or the date of the release. The official announcement, however, was made on the Instagram account of Super Junior. The now-viral image, which looks like a spoiler from the video, features members of the band—Siwon, Leeteuk, Ryeowook, Donghae, Heechul, Yesung, Kyuhyun, Eunhyuk, and Shindong—standing on the set while facing the camera.

Looking dapper in pastel tone outfits, the band can be seen shooting on the set which comprises various phrases written in English out of which the most prominent phrase is, “Sadness is nothing.”

Prior to this new single, Super Junior had released their 10th album in March 2021. Their last album, The Renaissance, was a part of their regular music release. The album did great, not just domestically but was also loved by the band’s international fans. Super Junior came together in the year 2005 and released their first song “Twins” as a band the same year.

The K-pop band is managed by SM Entertainment and was founded by Lee Soo-man who is also the founder of the company. The organisation also released a press statement confirming the comeback.

The statement read, “As ‘The Renaissance’ performed well on domestic and international music charts, including the domestic Gaon Chart and iTunes 20 regional album charts, attention is focused on what kind of record Super Junior will write this year. SUPER JUNIOR, a ‘Hallyu star’ and ‘K-POP legend’, who has been steadily conducting various activities since their debut in 2005, is making a comeback in the music industry this year, showing their potential again, in their 18th year since their debut.”

The talented musicians have been together for 18 years and continue proving their potential.

The single that made them a household name internationally was “Sorry, Sorry” which was also the title track of the album of the same name. The 2009 release was one of their biggest hits.